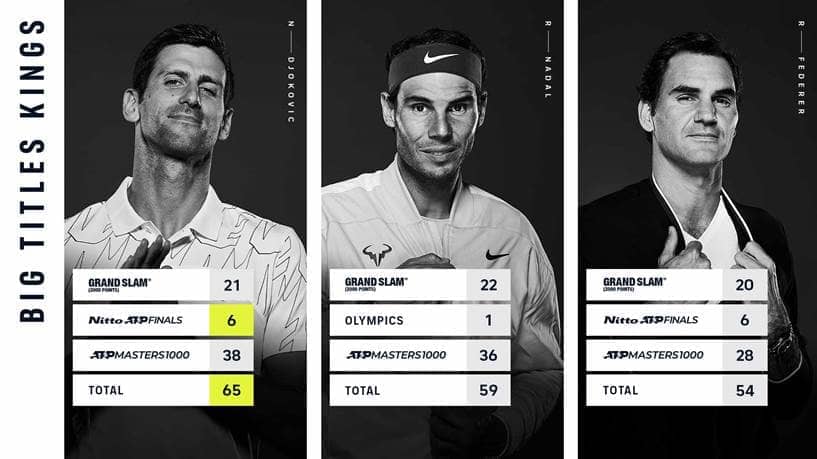 The 35-year-old again extended his lead in the 'Big Titles' race when he defeated Casper Ruud 7-5, 6-3 in the championship match at the Pala Alpitour. He now owns 65 'Big Titles', which are

trophies at a Grand Slam championship, the Nitto ATP Finals, an ATP Masters 1000 tournament or an Olympic singles gold medal.

Djokovic owns six more 'Big Titles' than any other player in history, with longtime rival Rafael Nadal (59) his closest competitor. Outside of Djokovic, Nadal and Federer (54), no other player holds more than 30 of the prestigious crowns (Pete Sampras, 30).

The Serbian first triumphed at the year-end championships in 2008, when the tournament was called the Tennis Masters Cup. Djokovic has obliterated the record of biggest gap between first and most recent Nitto ATP Finals titles at 14. Before his win Sunday, the previous record belonged to Sampras and Federer, who lifted their first and last season finale trophies eight years apart.