History Of The Nitto ATP Finals

Men's professional tennis has always featured a year-end championship ever since Jack Kramer, the first executive director of the Association of Tennis Professionals (ATP), implemented the Grand Prix structure of a year-long series of tennis tournaments in 1969. Right from the first Masters in Tokyo in December 1970 it became a prestigious event, and was subsequently held in Paris, Barcelona, Boston, Melbourne, Stockholm, and Houston before the event started a 13-year association with Madison Square Garden in New York from 1977 to 1989. The Masters evolved into the ATP Tour World Championships in 1990. Frankfurt and Hannover shared the event through 1999. In 2000, the event was rebranded Tennis Masters Cup and was held in Lisbon, Sydney, Houston and Shanghai. In 2009, the event moved to The O2 in London, the world's busiest entertainment arena, as the Nitto ATP Finals and celebrated the 50-year anniversary in 2020. After a successful 12-year stint in London, the tournament moved to Turin in 2021. 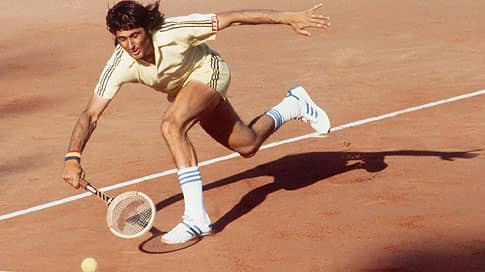 Stan Smith won the inaugural round robin competition at Tokyo in 1970, before Ilie Nastase won four titles from five consecutive finals between 1971-75. Guillermo Vilas beat Nastase in five sets for the 1974 crown, while Manuel Orantes lifted the 1976 trophy. 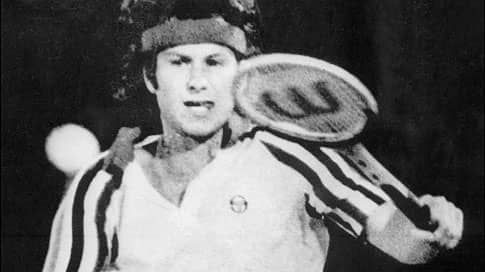 From 1977-89 the tournament was held at Madison Square Garden in New York City. John McEnroe won the first of his three titles in 1978 in his hometown. Bjorn Borg won back-to-back titles in 1979-80 and Ivan Lendl reached nine consecutive finals from 1980-88. 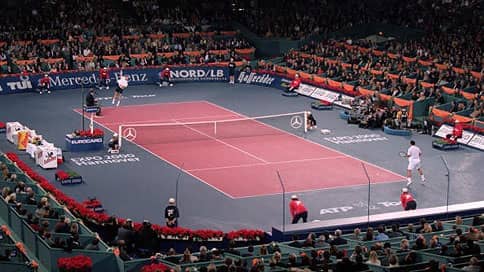 Known as the ATP Tour World Championships, it was held in the German cities of Frankfurt and Hannover. Pete Sampras' five titles during this period included an epic win in the 1996 final against home favourite Boris Becker. The American won 3-6, 7-6(5), 7-6(4), 6-7(11), 6-4 in one of the greatest matches of the decade. 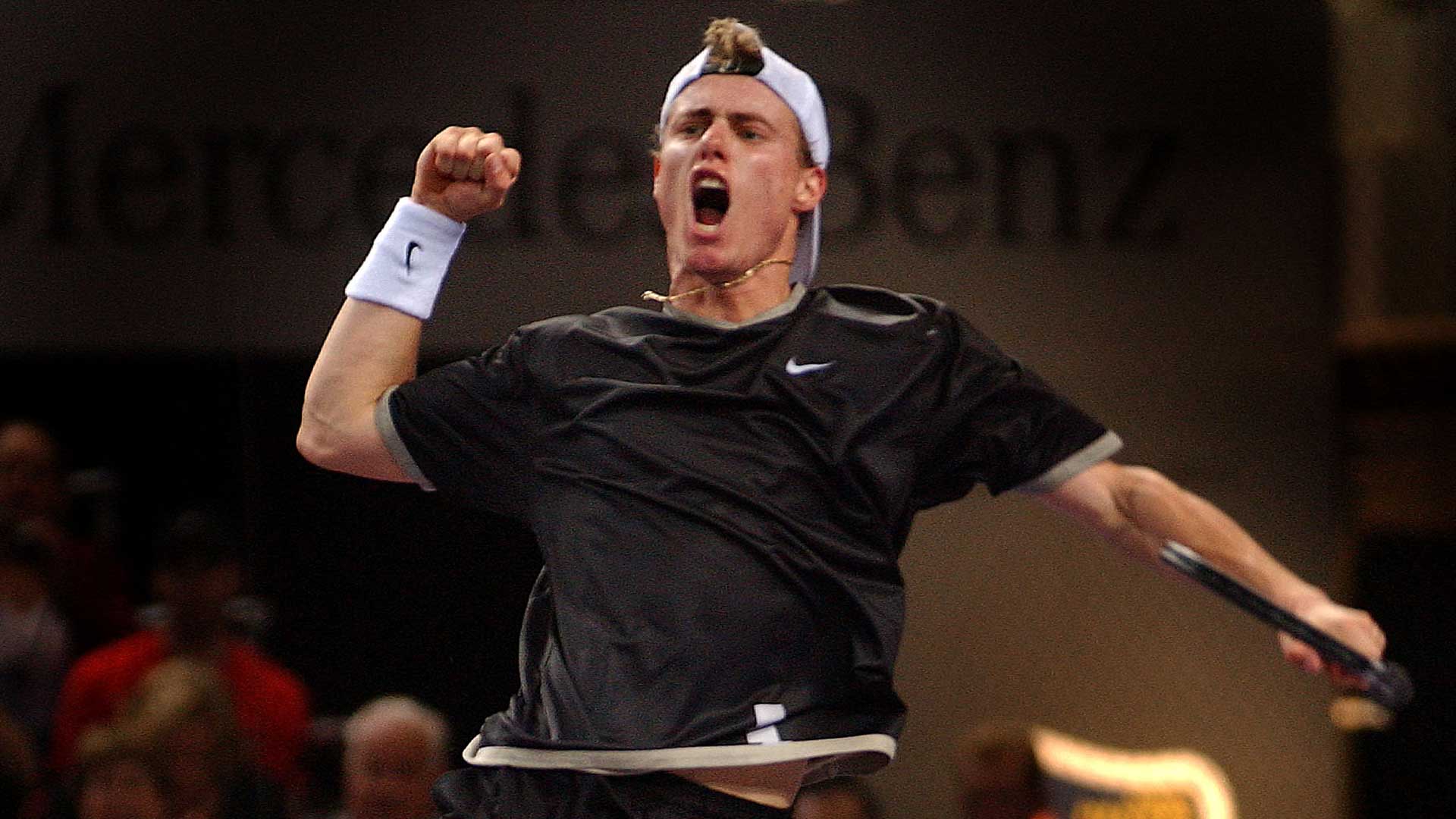 The Tennis Masters Cup was created on 9 December 1999, when the Grand Slam Committee, ITF and ATP Tour announced a new jointly-owned, year-end men's tournament. In a dramatic beginning to the Tennis Masters Cup in 2000, Gustavo Kuerten became the first South American to rank year-end No. 1., but only after beating Pete Sampras in the semis and Andre Agassi in the final. Lleyton Hewitt recorded title triumphs over Sebastien Grosjean at Sydney in 2001 and Juan Carlos Ferrero at Shanghai in 2002. 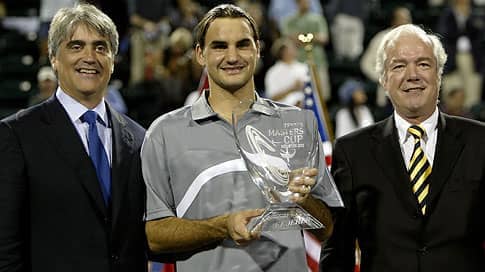 After making his tournament debut in 2002, Roger Federer went on to win back-to-back titles at the Westside Tennis Club in Houston, beating Andre Agassi in 2003 and Lleyton Hewitt in 2004. 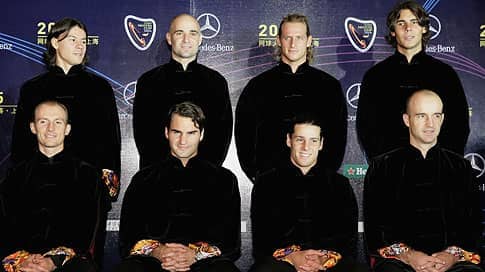 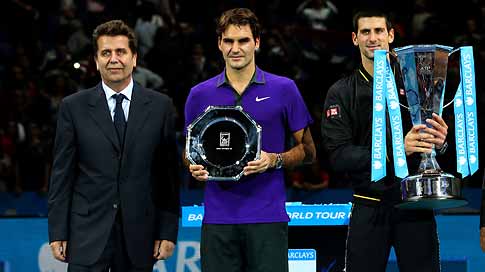 The event was reborn in 2009 as the ATP World Tour Finals in London at The O2. Roger Federer (winner in 2010-11) and Novak Djokovic (2012-15) are pictured with former Tournament Director and ATP Executive Chairman and President, the late Brad Drewett, for whom the trophy is now named. Andy Murray claimed year-end No. 1 in the Pepperstone ATP Rankings with victory over Djokovic in the 2016 final. 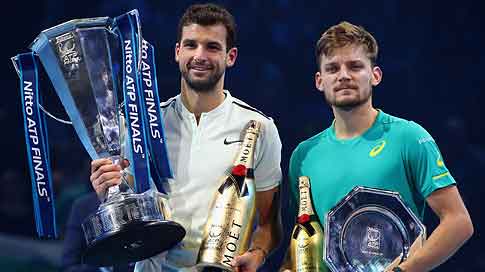 One of Japan’s leading innovation companies, the Nitto Denko Corporation, took over the title sponsorship in 2017. Renamed the Nitto ATP Finals, the event was won by Grigor Dimitrov (2017), Alexander Zverev (2018), Stefanos Tsitsipas (2019) and Daniil Medvedev in 2020, the 50-year anniversary, when it was played behind closed doors due to the COVID-19 pandemic. 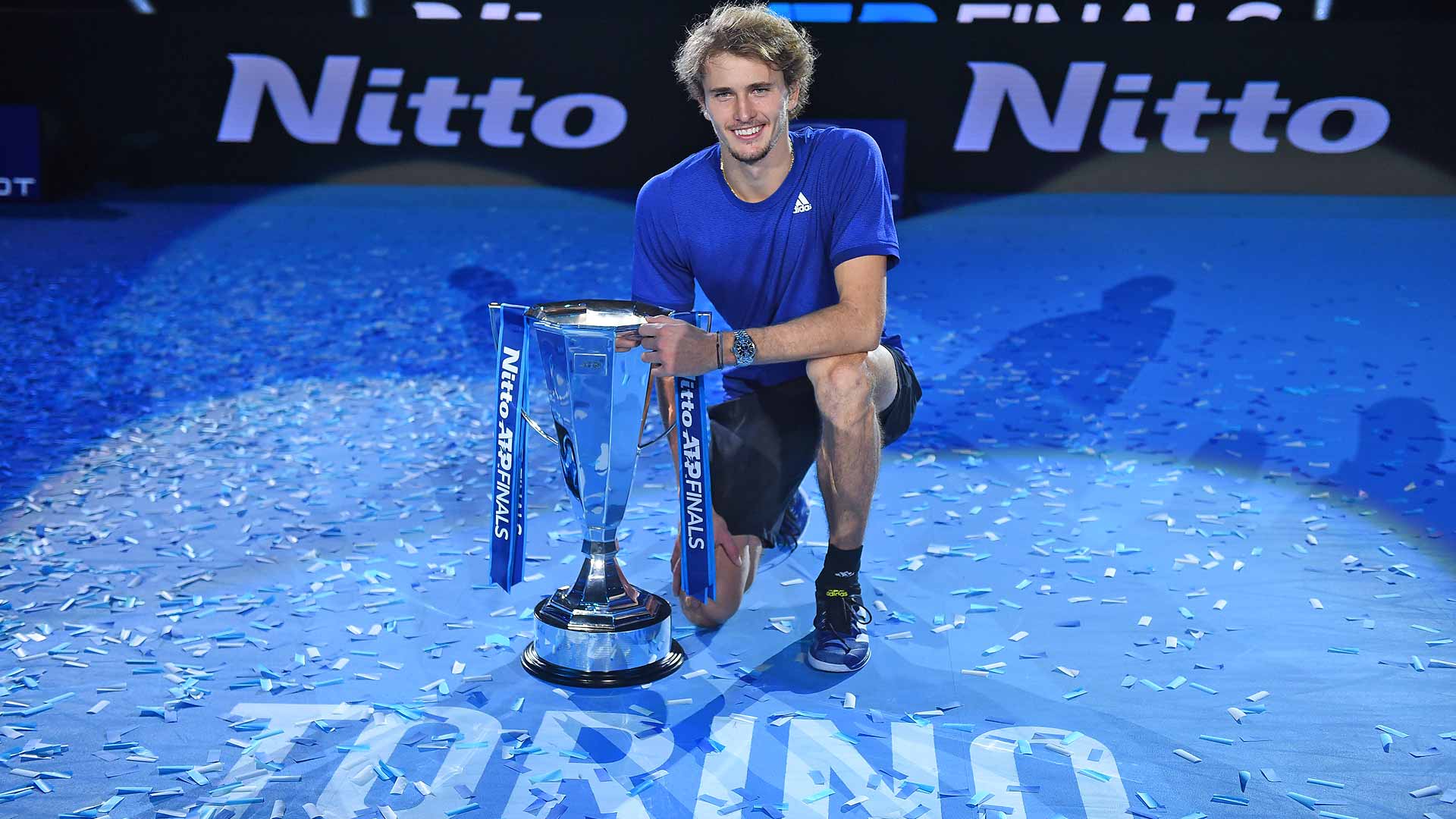