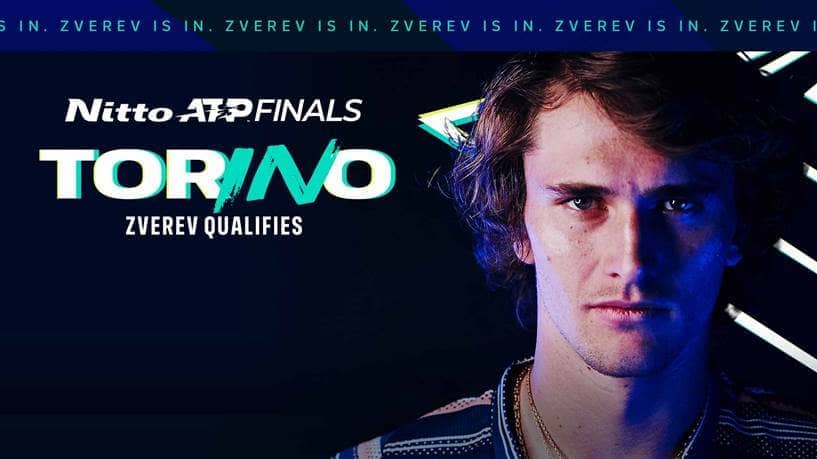 German won the season finale in 2018

Germany’s Alexander Zverev is the fourth singles player to qualify for the 2021 Nitto ATP Finals, to be held at the Pala Alpitour in Turin from 14-21 November.

The 24-year-old, who lifted the 2018 Nitto ATP Finals trophy in London, will compete in the season finale for the fifth consecutive year.

“I’ve had my best season so far and I am really happy to have qualified," Zverev said. "I will be playing in Turin for the first time and I love competing in Italy in front of passionate fans. I have had good results in Italy and hope it will continue that way.”

The World No. 4 has earned four tour-level titles this season, highlighted by his gold-medal run at the Tokyo Olympics. He won his fourth and fifth ATP Masters 1000 titles in Madrid and Cincinnati, respectively, and also triumphed in Acapulco.

Zverev has tallied a 45-12 record in 2021, including seven victories against Top 10 opponents. The Monte-Carlo resident has won 18 of his past 19 matches dating back to the start of the Olympics.

Zverev has enjoyed success at the Nitto ATP Finals, where he has moved past the round-robin stage twice (2018-19). En route to the title in 2018, the German defeated Roger Federer in the semi-finals and Novak Djokovic in the final.

The 17-time ATP Tour titlist joins three other past Nitto ATP Finals champions in the Turin field: World No. 1 Djokovic, US Open titlist Daniil Medvedev and Greek star Stefanos Tsitsipas. This is the third straight year this quartet will compete in the season finale together.