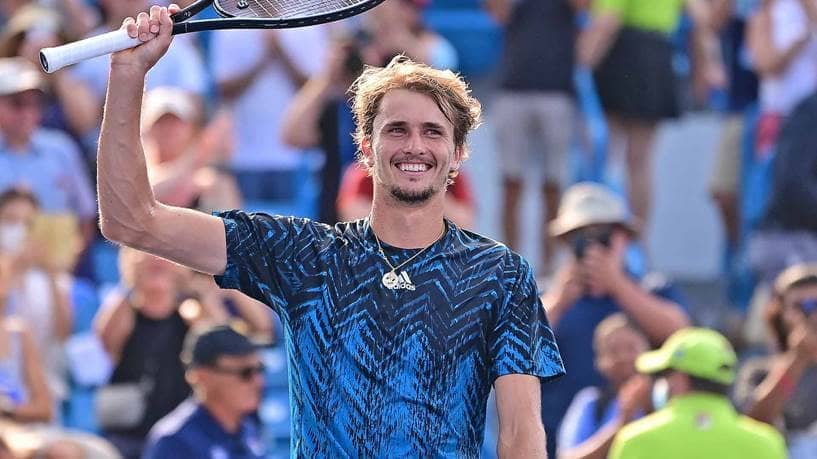 Alexander Zverev won his fifth ATP Masters 1000 title on Sunday at the Western & Southern Open, and by doing so made a big move in the FedEx ATP Race To Turin.

Thanks to the 1,000 points he earned in Cincinnati, the 24-year-old climbed from sixth to fourth in the Race, moving past Andrey Rublev and Matteo Berrettini. Zverev now has 4,195 points and is within 185 points of third-placed Daniil Medvedev, who reached the semi-finals in Ohio.

The 17-time tour-level titlist is trying to qualify for the Nitto ATP Finals — which will be held in Turin from 14-21 November — for the fifth consecutive year. Zverev has wins against Novak Djokovic, Roger Federer and Rafael Nadal in his career at the season finale, which he won in 2018.

FedEx ATP Race To Turin Standings (as of 23 August)

Rublev, who reached his second Masters 1000 final, jumped ahead of Berrettini by 345 points as he tries to qualify for the season finale for the second consecutive year. Berrettini is also attempting to earn a spot at the year-end championships for the second time (2019) in the event’s first year in Italy.

There was no movement this week between positions seven and 14. But with seventh-placed Nadal announcing the end of his season, that will make the battle for one of the final positions at the Nitto ATP Finals even more fierce.

Norwegian Casper Ruud, who made the quarter-finals in Cincinnati, is in eighth place with 2,630 points, and Miami champion Hubert Hurkacz of Poland is 170 points behind in ninth place with 2,460 points.

The only player who has qualified is World No. 1 Novak Djokovic (7,170 points). Stefanos Tsitsipas, the 2019 Nitto ATP Finals champion, is in second place with 5,380 points.