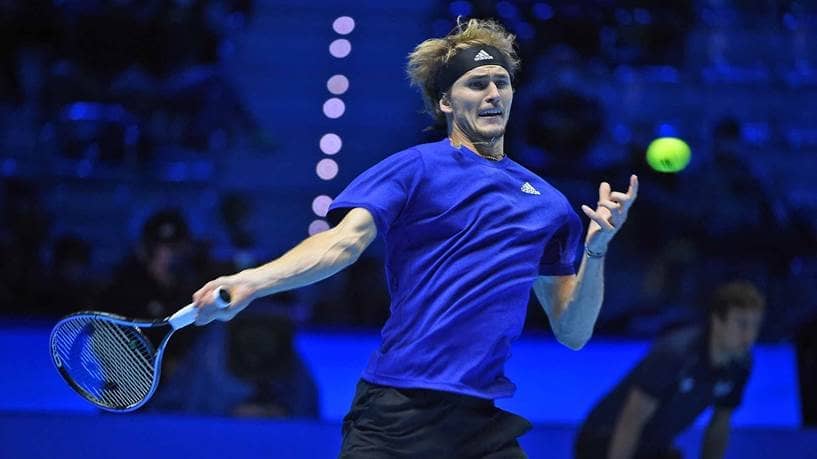 Matteo Berrettini’s homecoming was spoiled on Sunday evening at the Nitto ATP Finals when the Italian retired early in the second set of his match against Alexander Zverev due to an injury to his left oblique.

Zverev won a tightly contested first set 7-6(7) in 79 minutes and led 1-0 in the second set when Berrettini was unable to continue. Following a medical timeout, the home favourite attempted to continue. But after playing one more point, he walked to the net to shake hands. Zverev climbed over the net to embrace and console him.

Berrettini walked onto centre court at the Pala Alpitour to thunderous applause with Man On A Mission by Oh The Larceny blaring from the loudspeakers. But injury cut his evening short.

“I thought the first set was incredibly high-level tennis. This is all not important," Zverev said. "The most important thing is that both players at the end of the match can shake hands and are healthy. Today this is not the case. I think a lot of you guys, everybody here in Italy looked forward to seeing [Matteo] play all three matches, maybe the semi-finals, maybe the final." 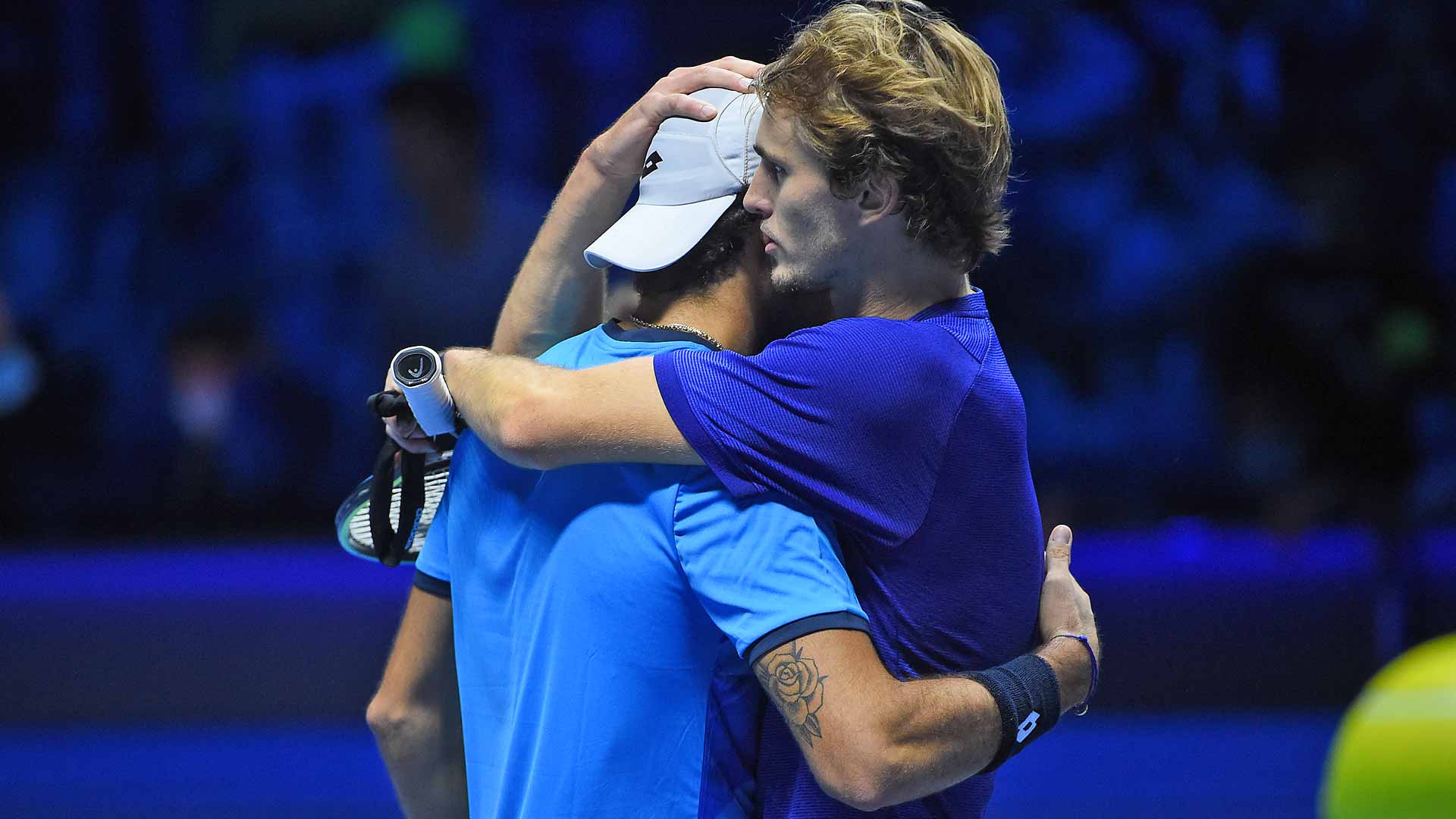 Photo Credit: Corinne Dubreuil/ATP Tour
Zverev moves to 1-0 in Red Group play and will next play defending champion Daniil Medvedev on Tuesday. The German, who triumphed at the season finale in 2018, is now 9-7 at the event.

Both men showed tennis worthy of the primetime slot in the first set, when they blasted the ball from the baseline and showed calm under pressure. The Italian crowd was fully behind its man from the moment he walked onto the court. From singing battle cries to waving the Italian flag, the fans created a memorable atmosphere.

Zverev saved two set points when he served at 5-6, and on both occasions Berrettini missed a backhand return. The Italian's first set point was his best opportunity, but he lost balance as he leapt to return a second serve and launched the return well long.

The German then rallied from 3/5 down in the tie-break and ultimately took the set after putting a forehand return from full stretch within inches of Berrettini's baseline.