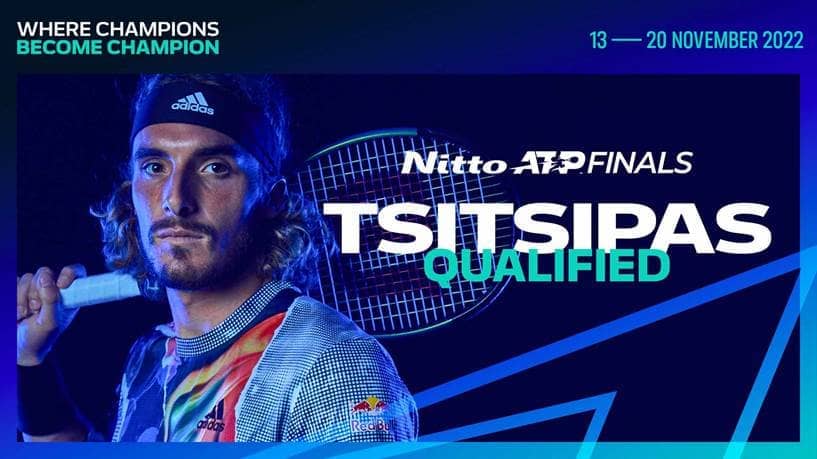 The Greek won the season finale in 2019

Stefanos Tsitsipas is the fourth player to qualify for the Nitto ATP Finals, joining Rafael Nadal, Carlos Alcaraz and Casper Ruud. The Greek star will make his fourth consecutive appearance at the season finale, which will be held for the second consecutive year at the Pala Alpitour in Turin from 13-20 November.

The 24-year-old clinched his spot Friday as a result of other matches. Four spots remain in the singles field of the year-end championships.

Tsitsipas captured the Nitto ATP Finals trophy in 2019, when he triumphed at The O2 in London. In that edition, he defeated Dominic Thiem for the trophy.

The Greek has enjoyed a consistent 2022 season. Tsitsipas made a quick start in Australia, where he advanced to the semi-finals of the Australian Open. The Athens native then reached the final in Rotterdam just two weeks later.

Tsitsipas made his biggest splash of the year at the Rolex Monte-Carlo Masters, where he successfully defended his title to claim his second ATP Masters 1000 trophy. He continued to excel at that level by reaching the championship match in Rome and Cincinnati, while also lifting an ATP 250 trophy in Mallorca.

The 24-year-old has won 49 matches this season, second on the ATP Tour behind only World No. 1 Carlos Alcaraz (52).