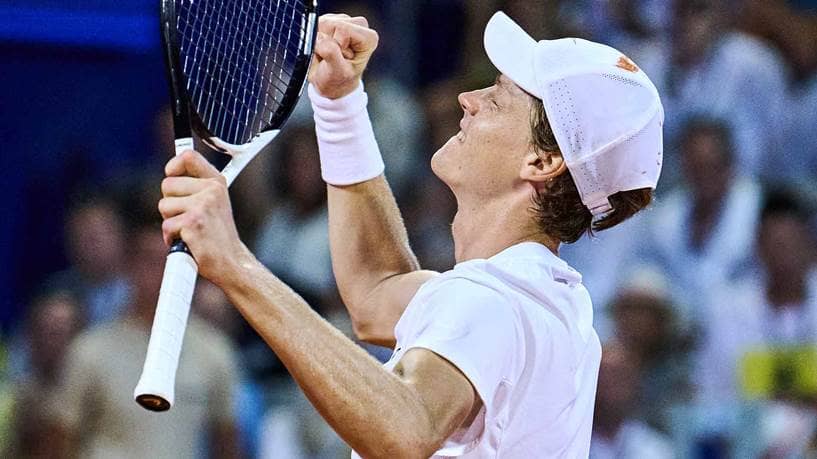 Jannik Sinner’s victory at the Plava Laguna Croatia Open Umag on Sunday did more than earn him a sixth ATP Tour trophy. The win also helped him surge into contention in the Pepperstone ATP Race To Turin.

Sinner climbed three places to 13th in the Race, putting him within 705 points of eighth-placed Felix Auger-Aliassime. Eight men will qualify for the Nitto ATP Finals, which will be held at the Pala Alpitour from 13-20 November.

The 20-year-old competed in last year’s season finale as an alternate after fellow Italian Matteo Berrettini withdrew due to injury. Sinner will now have an opportunity to earn even more points in the coming month, with ATP Masters 1000 events in Montreal and Cincinnati as well as the US Open.

There was no movement among the Top 12 players in the Race on Monday. However, several players competing this week will have an opportunity to secure or improve their standing as the qualification battle heats up.

Daniil Medvedev is currently sixth in the Race with 2,575 points. The 26-year-old, who is trying to qualify for the Nitto ATP Finals for the fourth consecutive year, can climb past Alexander Zverev and into fifth by making the final at the Abierto de Tenis Mifel in Los Cabos.

The second seed at the ATP 250 event is Auger-Aliassime, who is eighth in the Race with 2,385 points. The Canadian is trying to earn his spot at the season finale for the first time, and he will look to add to his 325-point lead over ninth-placed Taylor Fritz, who is competing at the Citi Open this week in Washington.

The top seed in the United States’ capital is Andrey Rublev, who is seventh in the Race. The 24-year-old holds just a 30-point lead over Auger-Aliassime as he seeks his third qualification for the year-end championships.

Rafael Nadal leads the Pepperstone ATP Race To Turin with 5,620 points and his fellow Spaniard, Carlos Alcaraz, is second with 4,270 points. They are scheduled to return to compete next week at the National Bank Open Presented by Rogers in Montreal.