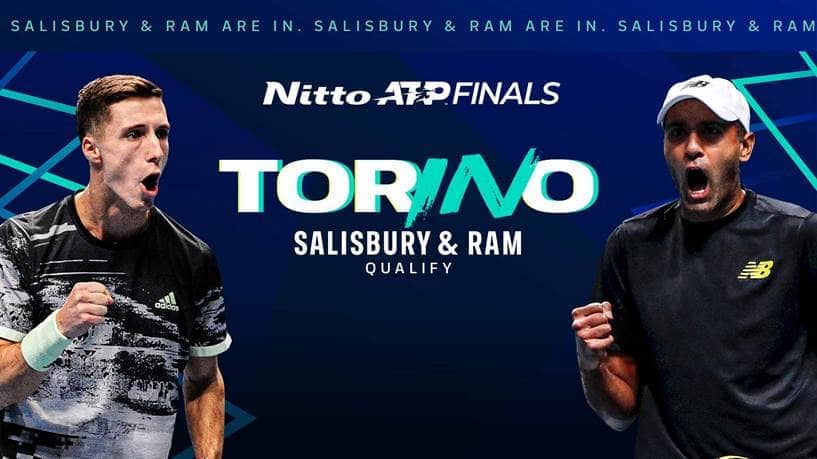 Rajeev Ram and Joe Salisbury have become the second doubles team to qualify for the 2021 Nitto ATP Finals, to be held from 14-21 November at the Pala Alpitour in Turin.

The American-British duo booked their spots at the season finale on Thursday with a 6-3, 6-4 win against John Millman and Thiago Monteiro in the second round of the US Open.

Ram and Salisbury are now 32-13 on the season. Their lone title of the season came at the National Bank Open presented by Rogers, an ATP Masters 1000 event that was held in Toronto. They also advanced to the Australian Open final and the Wimbledon semi-finals.

This will be Ram and Salisbury's third consecutive appearance in the Nitto ATP Finals. They own a 3-3 record at the event and reached the semi-finals last year.

The first team to qualify for the season finale was Nikola Mektic and Mate Pavic, who have claimed nine tour-level trophies in 2021.