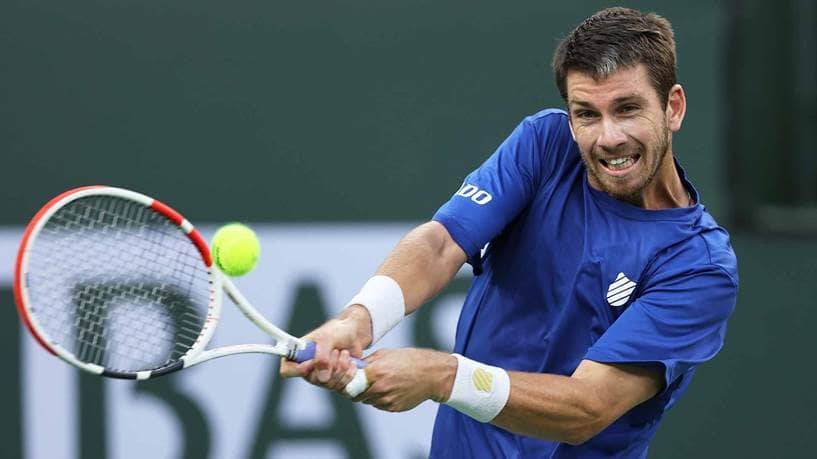 Cameron Norrie has soared into contention for a place at the Nitto ATP Finals after he captured his first ATP Masters 1000 title at the BNP Paribas Open, where he overcame Nikoloz Basilashvili in the final.

The Briton was in 14th position in the FedEx ATP Race To Turin prior to the start of Indian Wells, but has surged to 10th (on 2,795 points) after he clinched the biggest trophy of his career. The 26-year-old is now just 160 points behind ninth-placed Hubert Hurkacz, who occupies the final qualifying spot on 2,955 points. Rafael Nadal is currently eighth, but has stopped his season due to a foot injury.

Norrie, who won his maiden ATP Tour crown at the Mifel Open in Los Cabos in July, is aiming to make his debut at the prestigious season finale, to be held at the Pala Alpitour in Turin from 14-21 November.

“Even before the tournament I was in the hunt. I think before I was 14 or 15 in the Race. I had a chance,” Norrie said in his post-match press conference in Indian Wells. “I was thinking about it. If you think about it too much, it can't be good for you. I'm playing Vienna, Paris, and Stockholm, the last three events indoors. It would be nice to make it, but I'm going to keep going, keep taking care of what I can and handling what I can.

“I think even being in the conversation this late in the year, I think that's impressive for me. If you would have told me before the year that would be the case, I would have been happy. I think that's a lot of good progression.”

Norway’s Casper Ruud has strengthened his bid to qualify, rising to seventh on 3,015 points after he advanced to the fourth round in Indian Wells. The 22-year-old has enjoyed a career-best season, capturing a tour-leading five titles this year. In July, he became the first player since Andy Murray in October 2011 to complete an ATP Tour hat-trick, triumphing in Bastad, Gstaad and Kitzbühel in three consecutive weeks.

Italy’s Matteo Berrettini remains in sixth (4,000) and is close to securing his second qualification for the Nitto ATP Finals, having made his debut at the event in 2019. #NextGenATP stars Jannik Sinner of Italy and Canada’s Felix Auger Aliassime are 11th (2,595) and 12th (2,330) respectively, and remain in the mix with less than one month to go in the regular ATP Tour season.