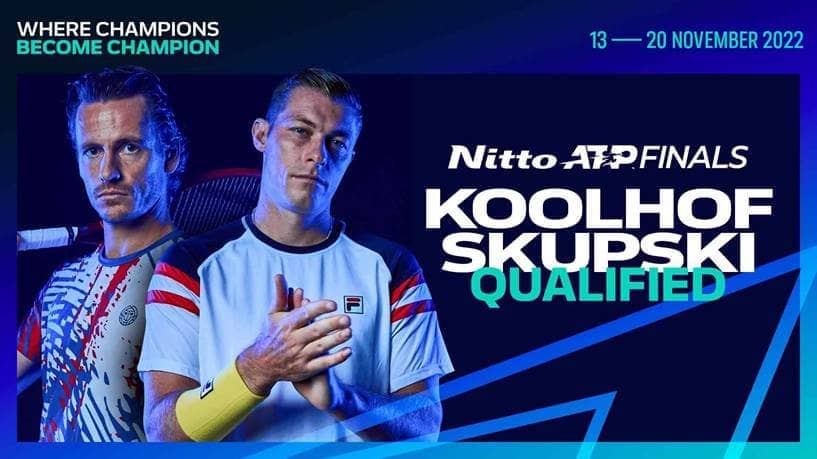 This is the Dutch-British duo's first year together

Wesley Koolhof and Neal Skupski became the first team to qualify for the Nitto ATP Finals on Wednesday when they reached the second round of the US Open. The Dutch-British tandem will compete in Turin at the season finale, which will be held from 13-20 November.

Koolhof will compete in the Nitto ATP Finals for the second time after lifting the trophy alongside Nikola Mektic in 2020. This is the first time Skupski has qualified for the year-end championships.

The first-placed team in the Pepperstone ATP Live Doubles Teams Rankings has won six doubles titles together this season, highlighted by ATP Masters 1000 victories in Madrid and Montreal. They have also triumphed at ATP 250 events in Melbourne, Adelaide, Doha and ’s-Hertogenbosch. This is the first year Koolhof and Skupski have competed as a pair.

"It will be my first experience of playing it and it's been a goal of mine for many years," Skupski said. "It's a nice goal to tick off and hopefully we can do well. Hopefully Wes can show me the way to winning the title."

"It's a great showcase for doubles with only the best eight teams in the world and I'm really looking forward to it," Koolhof said.