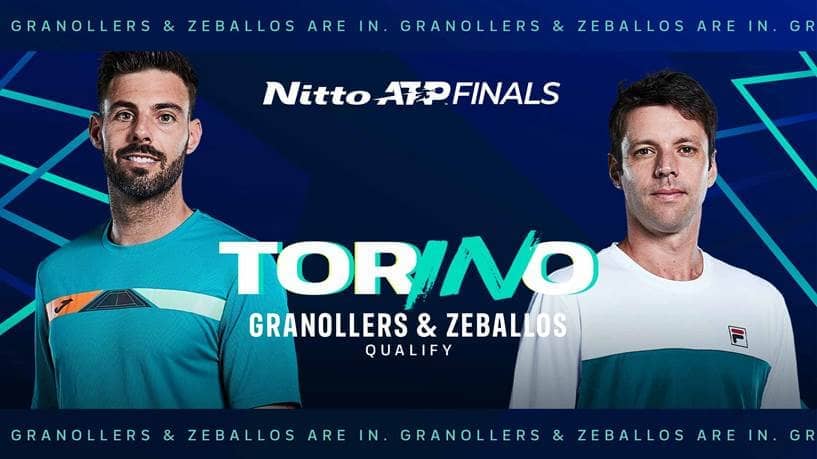 Marcel Granollers and Horacio Zeballos have qualified for the Nitto ATP Finals as a team for the second consecutive year. They are the fourth pair to book a spot at the season finale, which will be held from 14-21 November at the Pala Alpitour in Turin.

The Spanish-Argentine duo has won two titles this season, both of which came at ATP Masters 1000 events. They triumphed in Madrid and then lifted the trophy in Cincinnati without losing a set.

Four of the six ATP Tour titles Granollers and Zeballos have captured as a team during their partnership have come at Masters 1000 events. This season they are 24-10, including runs to the final in Wimbledon and Acapulco.

Granollers will compete in the Nitto ATP Finals for the sixth time. In 2012, the Spaniard emerged victorious at the event alongside countryman Marc Lopez. This will be Zeballos’ second appearance in the season finale. Last year, they made the semi-finals.

The first team that qualified for the Nitto ATP Finals was Nikola Mektic and Mate Pavic. The Croatians have won nine tour-level titles this year. US Open champions Rajeev Ram and Joe Salisbury and Roland Garros winners Pierre-Hugues Herbert and Nicolas Mahut have also earned their spots in Turin.