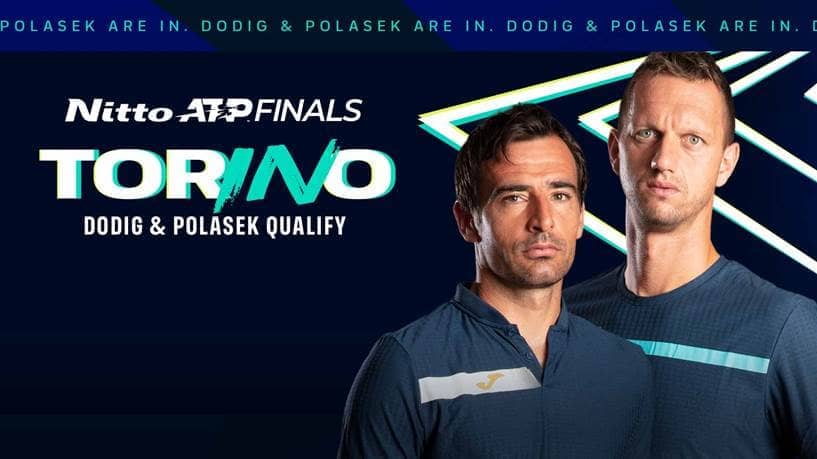 © ATP Tour
They qualify for the second consecutive year

Ivan Dodig and Filip Polasek are the fifth doubles team to qualify for the 2021 Nitto ATP Finals, to be held from 14-21 November at the Pala Alpitour in Turin.

Roland Garros champions Pierre-Hugues Herbert and Nicolas Mahut have now earned their spot in Turin on points, so Australian Open titlists Dodig and Polasek have gained entry into the season finale per the Grand Slam winner rule.

The Croatian-Slovakian duo has built a 20-11 record together, highlighted by their run to the trophy at Melbourne Park. They also made the semi-finals in Miami and the final in Antalya.

Dodig and Polasek claimed a place in the Nitto ATP Finals as a team last year. Dodig has qualified for the year-end championships for the seventh time and Polasek for the second time.