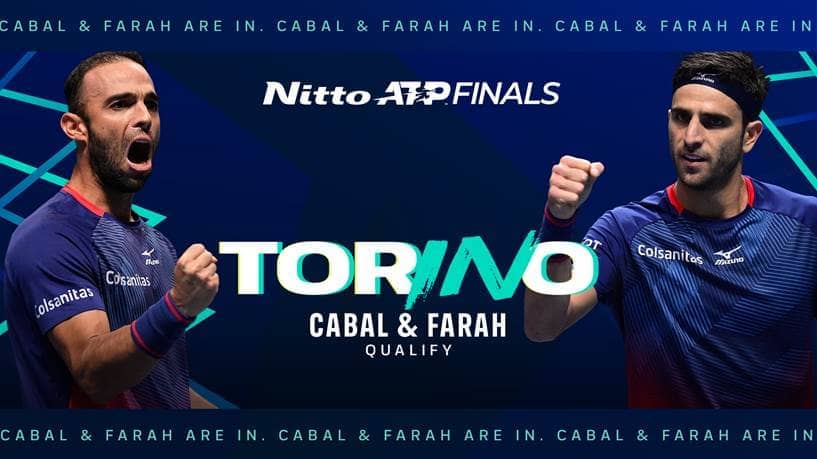 Juan Sebastian Cabal and Robert Farah will compete at the Nitto ATP Finals, to be held this year at the Pala Alpitour in Turin from 14-21 November, for the third time in four seasons.

The Colombians are the sixth team to qualify for the eight-team field, clinching their berth with a first-round victory over Dutchmen Wesley Koolhof and Jean-Julien Rojer on Tuesday at the Erste Bank Open in Vienna.

Cabal and Farah have captured two ATP 500 trophies in 2021 at the Dubai Duty Free Tennis Championships (d. Mektic/Pavic) in March and the Barcelona Open Banc Sabadell (d. Krawietz/Tecau) in April. The pair also reached the Great Ocean Road Open final (l. to Murray/Soares) in February and the Roland Garros semi-finals (l. to Herbert/Mahut) for the third consecutive year.

Cabal, 35, and Farah, 34, first joined forces at the ITF Futures level in 2004 and made their tour-level main draw debut in 2011 at Wimbledon. They have won 18 doubles titles together from 38 tour-level finals.