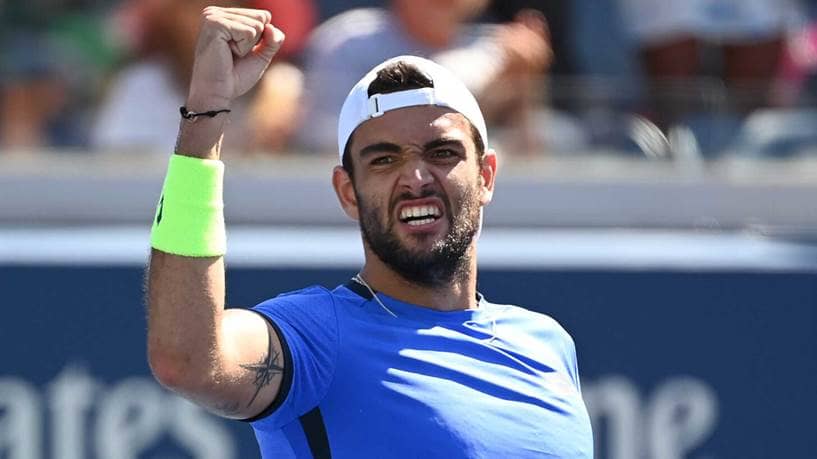 Two Italians — Matteo Berrettini and Jannik Sinner — both remain firmly in contention to secure a spot at the 2021 Nitto ATP Finals, to be held from 14-21 November at the Pala Alpitour in Turin.

Factoring in points earned so far at the US Open, Berrettini, who has reached three straight major championship quarter-finals (or better), sits in sixth position in the FedEx ATP Race To Turin (3,955 points). Sinner, who fell in the US Open fourth round (l. to Zverev) on Monday, is currently in 10th place (2,255) with a little more than two months to go in the regular ATP Tour season.

The 25-year-old Berrettini, who first qualified for the season finale in 2019 — when the event was held at The O2 in London — has captured two ATP Tour titles this season at the Serbia Open in Belgrade (d. Karatsev) and at the cinch Championships in London (d. Norrie). Wimbledon finalist Berrettini is now only 75 points behind fifth-placed Russian Andrey Rublev (4,030).

Sinner, the 2019 Intesa Sanpaolo Next Gen ATP Finals champion in Milan, has continued to improve this year and the 20-year-old has won two tour-level trophies at the Great Ocean Road Open in Melbourne (d. Travaglia) and also his first ATP 500 crown at the Citi Open in Washington, D.C. (d. McDonald) last month.

Canada’s Felix Auger-Aliassime has jumped five places — from 15th to 11th position — in the year-to-date standings after his performances at the US Open, where he plays fellow #NextGenATP star Carlos Alcaraz on Tuesday night for a place in the semi-finals. The 21-year-old Auger-Aliassime has 1,960 points, 295 behind 10th-placed Sinner (2,255).

World No. 1 Novak Djokovic has already stamped his ticket for Turin, where the Serbian will attempt to capture a record-equalling sixth Nitto ATP Finals crown. Greek Stefanos Tsitsipas is second (5,470), while reigning champion Daniil Medvedev and Alexander Zverev — who sit in third and fourth places (on 4,740 and 4,555 points) respectively — are still competing at the US Open.

With seventh-placed Spanish superstar Rafael Nadal done for 2021, Norway’s Casper Ruud, who completed a hattrick of clay-court titles in consecutive weeks at Bastad, Gstaad and Kitzbühel, and Hubert Hurkacz of Poland both have an excellent opportunity to qualify for the season finale for the first time. Ruud is in eighth spot (2,675) and Hurkacz in ninth position (2,505).