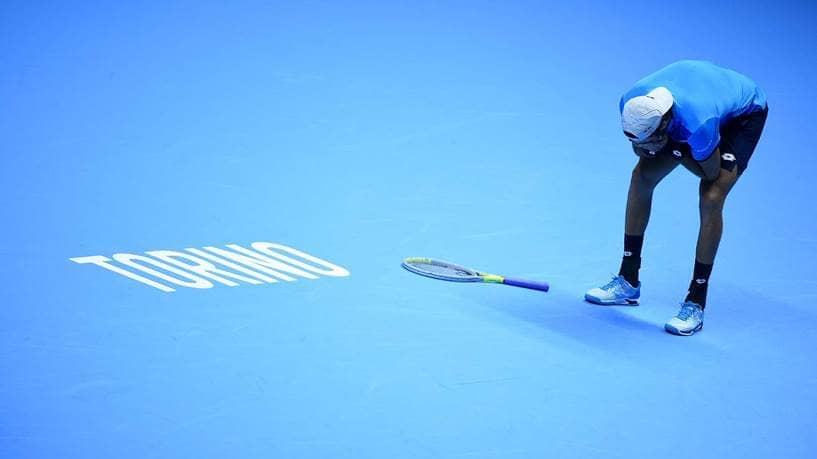 © Corinne Dubreuil/ATP Tour
Matteo Berrettini will be replaced by Jannik Sinner in the Nitto ATP Finals.

Italian forced out by oblique injury

Matteo Berrettini has withdrawn from the Nitto ATP Finals on Tuesday after suffering a left oblique injury that forced him to retire from his match on Sunday evening against Alexander Zverev.

After one game in the second set, the Italian took a medical timeout. An emotional Berrettini attempted to continue, but was forced to retire.

Sinner can still qualify for the semi-finals at the Pala Alpitour. The Italian must defeat Hurkacz and Daniil Medvedev to have a chance.

If he is 2-0 and two other players in the group finish with a 1-2 record in round-robin play, the 20-year-old will reach the knockout stage. If there are two players with a 2-1 record and Sinner is 2-0, the competitors who are 2-1 will move on because they played more matches.

Sinner has enjoyed the best season of his career, lifting four ATP Tour trophies, including the biggest triumph of his career at the Citi Open in Washington. The Italian, who won the 2019 Intesa Sanpaolo Next Gen ATP Finals, is 45-21 in 2021.