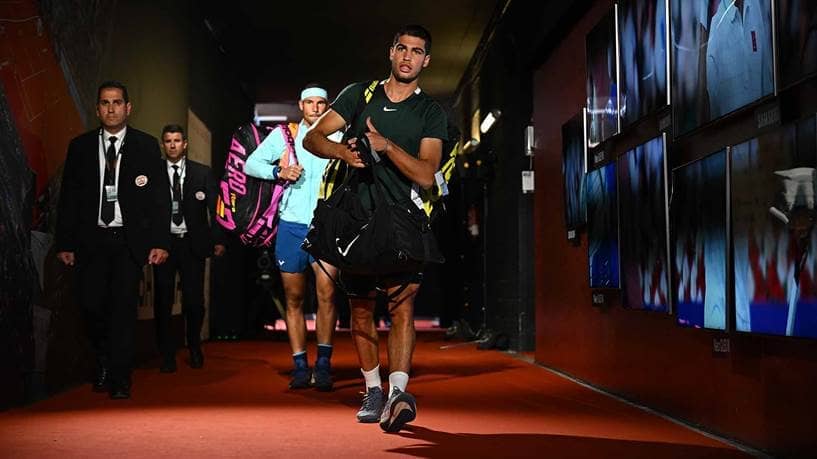 Editor's Note: This story has been updated after Carlos Alcaraz said he will not be competing in the Internazionali BNL d'Italia in Rome.

After winning his ATP Tour-leading fourth title of the season on Sunday at the Mutua Madrid Open, Carlos Alcaraz is challenging Rafael Nadal for the lead in the Pepperstone ATP Race To Turin.

Alcaraz is now second in the Race, trailing Nadal by just 70 points. Just this week, the 19-year-old earned his first win against Nadal in the Madrid quarter-finals.

Nadal will have a chance to extend his lead at the Internazionali BNL d'Italia in Rome after Alcaraz said he will not be competing at the Foro Italico. But Alcaraz has a healthy 570-point lead over third-placed Stefanos Tsitsipas. That means unless Tsitsipas reaches the Rome final, Alcaraz will remain second in the Race heading into Roland Garros.

The Pepperstone ATP Race To Turin reflects the year-to-date standings, but Alcaraz is also making big moves in the Pepperstone ATP Rankings. On Monday, the Spanish teen will climb to a career-high World No. 6. Entering the same week last year, he was at World No. 114 and still had not cracked the Top 100.

“It’s highly, highly possible Alcaraz could finish this year No. 1 in the world,” said former World No. 1 Jim Courier, who broadcasted the Madrid final for Tennis Channel.