Alcaraz To Push Closer To Race Lead In Montreal 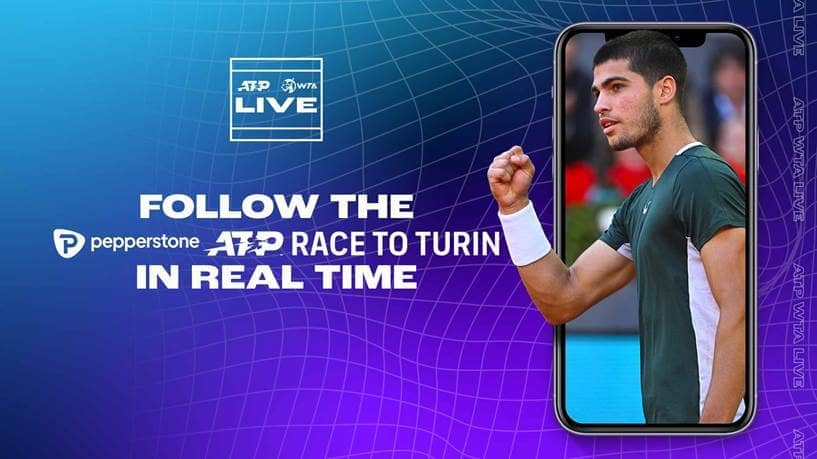 Rafael Nadal leads the Pepperstone ATP Live Race To Turin, but Carlos Alcaraz can make a significant dent in his countryman’s advantage this week in Montreal.

The 19-year-old Spaniard enters the National Bank Open Presented by Rogers in second place in the Race as he tries to qualify for the Nitto ATP Finals for the first time. But with Nadal missing the year’s sixth ATP Masters 1000 event due to an abdominal injury, Alcaraz has an opportunity to close the gap on his countryman for the top spot.

If Alcaraz (4,270 points) claims his third Masters 1000 title of the season (also Miami, Madrid), he will claw to within 350 points of the 36-year-old (5,620). That would give Alcaraz an opportunity to pass Nadal in the Race in Cincinnati.

Just 260 points behind Alcaraz is 2019 Nitto ATP Finals champion Stefanos Tsitsipas (4,010). The Greek is trying to qualify for the season finale for the fourth straight year.

Montreal will be an opportunity for Italians Matteo Berrettini and Jannik Sinner to move closer to a qualifying position. Twelfth-placed Berrettini (1,845) trails eighth-placed Felix Auger-Aliassime (2,475) by 630 points and 14th-placed Jannik Sinner (1,680) is 165 points behind his countryman. Both Italians competed at the Pala Alpitour last year, with Sinner replacing Berrettini, who was forced to withdraw due to injury.

The only player in the Top 8 in the Race who has not previously earned qualification for the Nitto ATP Finals is Auger-Aliassime (2,475), who currently holds the final qualifying spot in eighth. The Canadian, who will be playing in front of his home crowd this week in Montreal, owns a 370-point advantage over ninth-placed Taylor Fritz.

One of the most in-form players on the ATP Tour is Australian Nick Kyrgios. Having reached back-to-back singles finals for the first time in his career at Wimbledon and Washington, the 27-year-old arrives in Montreal with plenty of confidence. If he defeats Sebastian Baez in the first round, he will face Medvedev in a second-round blockbuster.

Kyrgios (1,195)  is up to 21st in the Race thanks to the 500 points he earned in Washington. If he claims his first Masters 1000 title in Canada, he can soar as high as ninth in the Race, depending on other results. That would put him straight into contention for a place for the season finale.