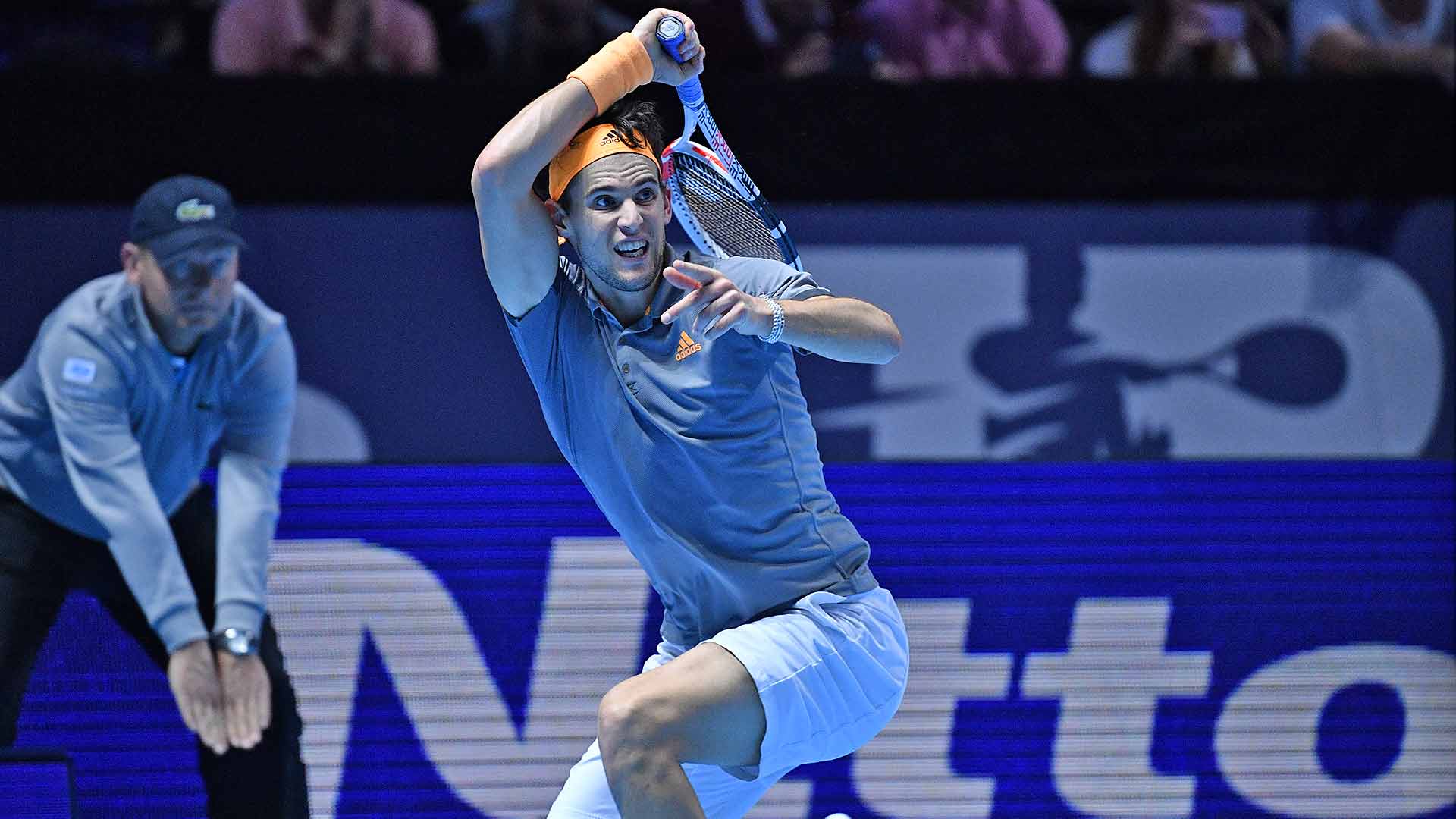 Clay-court specialist? Not Dominic Thiem, not in 2019.

The 26-year-old Austrian took another big step in his all-court transformation on Saturday, reaching the Nitto ATP Finals title match with a 7-5, 6-3 win against defending champion Alexander Zverev at The O2 in London.

“This is just a big, big dream coming true for me. It is one of the best tournaments all year, one of the most prestigious tournaments all year, and I’m getting the chance to play the final tomorrow. It’s unreal to me. To beat the defending champion, a good player, an unbelievable player, this is always a great achievement and I’m very, very happy,” Thiem said.

Zverev hit his first serve well, landing more than 75 per cent. But Thiem was tougher in the big moments, breaking in the 12th game of the opening set when Zverev hit his third double fault, and in the sixth game of the second set after a cagey back-and-forth exchange. The Austrian also saved all four break points on his racquet.

During his first three trips to the season finale, Thiem won only three matches and never advanced out of the group stage. But he improved to 3-1 this week with the semi-final win and will face Greece's Stefanos Tsitsipas on Sunday for the biggest title of his career. It will be the first Nitto ATP Finals title match between players with one-handed backhands since James Blake and Roger Federer played in the 2006 final.

2006 was the last time this happened at the season-ending event! (Federer/Blake)

The Austrian leads Tsitsipas 4-2 in their FedEx ATP Head2Head series and won their only 2019 matchup, last month on hard court in the China Open final. Tsitsipas advanced earlier on Saturday with a 6-3, 6-4 win against six-time champion Roger Federer.

“One-handed backhand final. We are both very offensive players, he’s very attractive to watch. I love to watch him, so I’m really looking forward to playing,” Thiem said. “I’m so happy and also lucky to get another chance to play in front of this amazing atmosphere.”

Thiem matched Zverev's 2018 accomplishment earlier this week by beating Federer and Novak Djokovic at the season finale, and the fifth seed brought the same aggressive style and steely nerves against Zverev that helped him knock off the two legends.

Thiem struggled with his first serve in the opening set but defended his second serve well (60%, 12/20) and erased break points in the third and fifth games. Zverev wasn't threatened on serve until he served to stay in it at 5-6 and was broken.

The moment @ThiemDomi secured his place in the #NittoATPFinals championship match 👏

The German bounced back early in the second set, but he was broken again during a nervy sixth game that saw him miss two overheads. Thiem, meanwhile, played through the pressure, erasing two break points the very next game to lead 5-2.

“I used those chances and, of course, these were the two keys because you don’t get so many chances to break him,” Thiem said.

The Austrian is through to his seventh final of the season and fourth on hard court. He won hard-court titles in Indian Wells (d. Federer), Beijing (d. Tsitsipas) and Vienna (d. Berrettini) and will try for a Tour-leading sixth title of the season.

Thiem also is on track for his highest year-end ATP Ranking finish at No. 4 and will go for his 50th match win (49-18) of the season in the final.