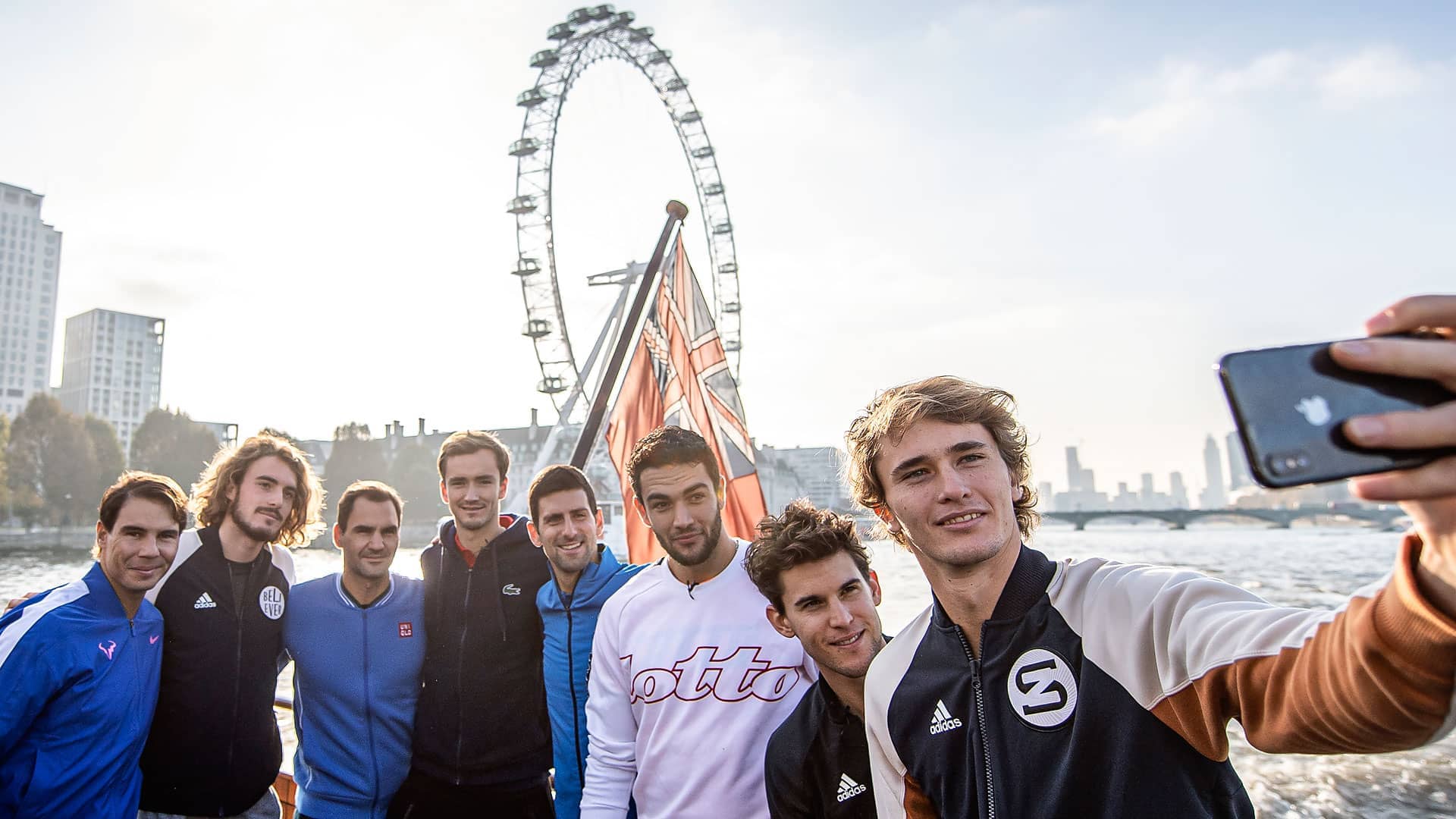 London has turned on a spectacular, crisp morning under sunny skies for a 9.30am ferry ride for this year's singles field journeying together to The O2.

Top seeds Rafael Nadal and Novak Djokovic led all eight Nitto ATP Finals competitors on a ride to The O2, where the players will participate in media day and practice ahead of Sunday’s start of the season finale.

Nadal and Djokovic will battle for the year-end No. 1 ATP Ranking, while Roger Federer will chase a record-extending seventh title at the world’s biggest indoor tennis tournament.