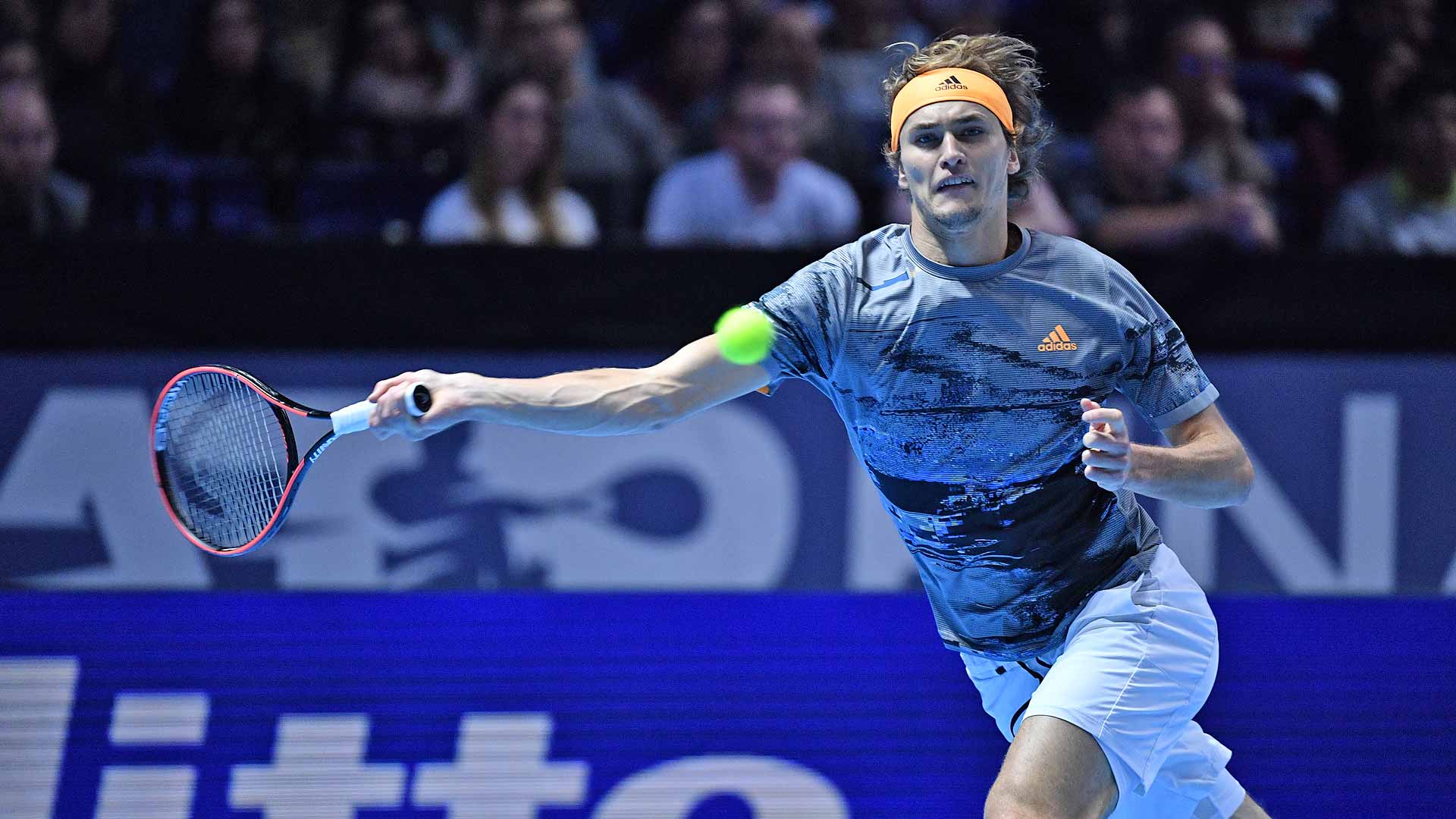 Alexander Zverev finished the 2018 season with a bang, winning the biggest title of his career at the Nitto ATP Finals. That helped the German finish at year-end World No. 4.

Even though he was unable to maintain that momentum in 2019, Zverev managed to qualify for the season finale for the third consecutive year, and he showed some of his best tennis — including a straight-sets win against World No. 1 Rafael Nadal — to reach the semifinals in London. He closes out the campaign at World No. 7.

“To finish the year No. 7 in the world, for me, with all the things that happened to me and with all the things that were happening is actually quite incredible. I didn't think I would. In that point, you can see it in a very positive way,” Zverev said. “Of course, I was very disappointed, because I wanted to win more tournaments. I wanted to play better at the big tournaments.”

Zverev triumphed in Geneva this year for his 11th ATP Tour trophy, and finishes the season with a 44-25 record. It is the fourth straight year in which he has eclipsed the 40-win mark.

“After the US Open I started playing much, much better. I hope I can take that into next season, and we will see,” said Zverev, who made the semi-finals of the China Open and then the championship match of the Rolex Shanghai Masters following a fourth-round showing in Flushing Meadows.

Zverev entered his clash against Dominic Thiem on Saturday with plenty of confidence following a must-win match that he triumphed in on Friday against Daniil Medvedev. But he was unable to find the same level against the Austrian star, who advanced to his first final at this event.

“The match was, I thought, pretty even. Dominic obviously played very good from the baseline,” Zverev said. “But today I was playing with no returns, actually. I was returning really bad and didn't put a lot of pressure on his serve. And when I did, he was coming out with good serves, good points. Credit to him. I played a bad game in the second set, and that match was over a few games later.”

Zverev was one of four 23-and-under players to compete at The O2 this week. Two of those four (Zverev and Tsitsipas) made the semi-finals, and the German believes there will be more success for the sport’s rising stars in 2020.

“I think next year will bring a new Grand Slam champion. We'll see who that will be, because I think the young guys are playing incredible tennis,” Zverev said. “It can be Daniil, it can be Stefanos, it can be Dominic. I'm in the mix, as well, I hope. We'll see what next year brings. But I think for the young guys, it's going to be an exciting year.”