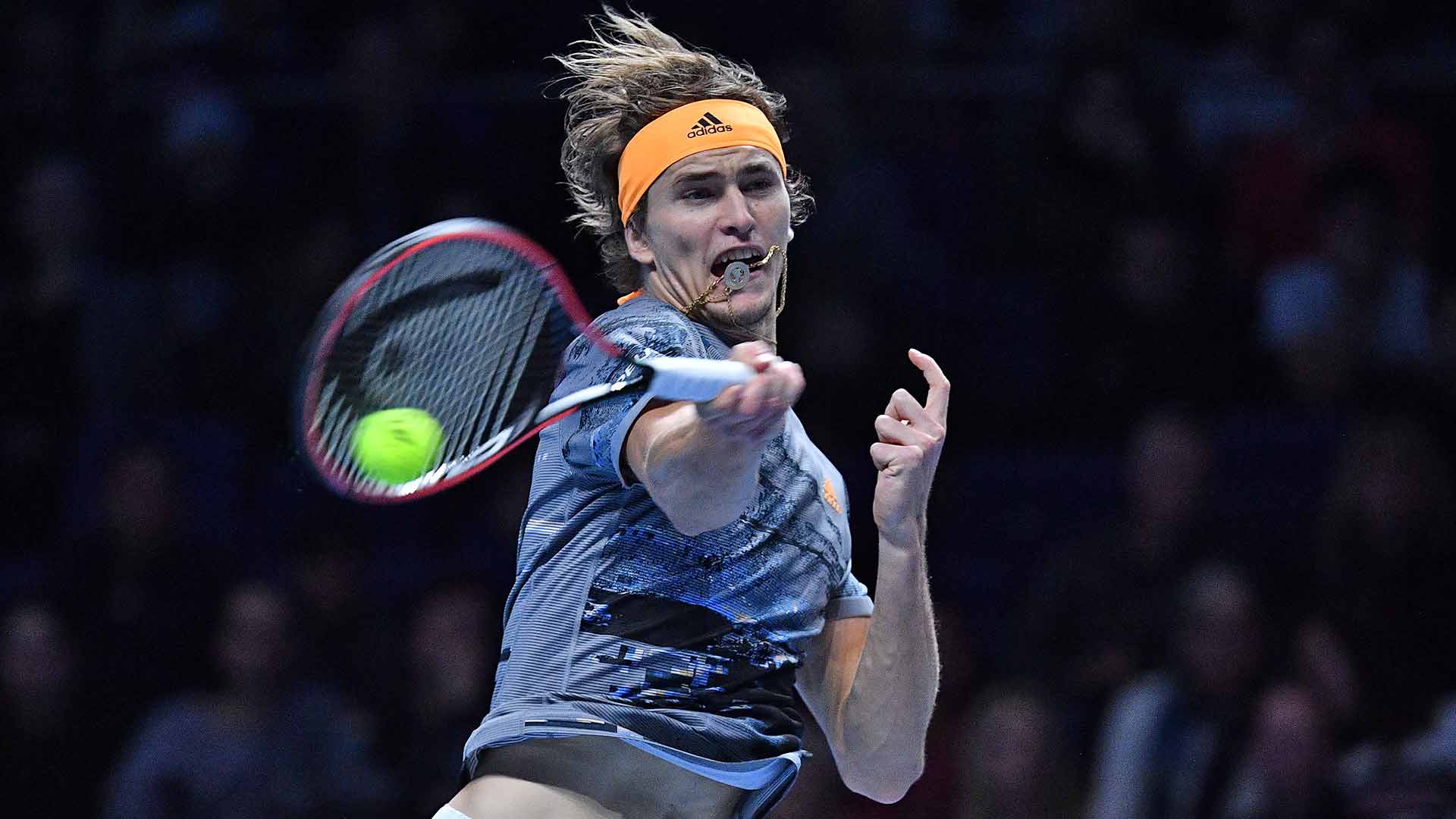 If only Alexander Zverev could play all of his matches at The O2 in London. The 22-year-old German admits to not having the type of regular season he wanted in 2019. Zverev is the only Nitto ATP Finals qualifier who didn't win more than one ATP Tour title.

Yet in the final weekend of the season, the seventh seed is again among the last four at the season finale. The defending champion secured his place in the semi-finals for the second consecutive year on Friday evening with a 6-4, 7-6(4) win against Daniil Medvedev.

“This arena, this place is special to me. I feel different here, and this kind of feeling I want to take to next year, as well, to the next tournament,” Zverev said.

“[It] doesn't matter if I win or lose [this weekend]. Obviously I want to win and I'll do everything I can, but [having this kind of experience] last year and this year and getting it to the other big events, as well, is something that I'll hope to do for the future.”

Zverev improved to 5-1 in his FedEx ATP Head2Head series against Medvedev. On Saturday evening, the German will meet Austrian Dominic Thiem, who beat Roger Federer and Novak Djokovic to win Group Bjorn Borg.

It will be their first matchup of the season, but Thiem leads their FedEx ATP Head2Head series 5-2. They split their two hard-court meetings.

“He's been playing some unbelievable tennis, maybe the best tennis that we have ever seen from him. Actually beating Roger and Novak on this court is very special. Doing it back-to-back is very, very difficult,” said Zverev, who accomplished the feat last year in the semi-finals and final in London.

“It's going to be a very difficult match. I'm looking forward to it. Honestly, I'm just happy to be in the semi-finals, and from here on we'll just see how it goes.”

“The young guys have been playing much better tennis than they were maybe last year. I think the biggest surprise is actually that Novak is out of the tournament, because I think for him, this court, the conditions is the best fit for his game,” Zverev said.

“The other thing is the biggest surprise, obviously Rafa. Nobody expected him to be out from our group. Our group was very, very difficult, and for me and Stefanos to qualify, I don't think a lot of people would have picked [us], especially probably me with the year I had. But we played good tennis over the last five days, so that helped us.