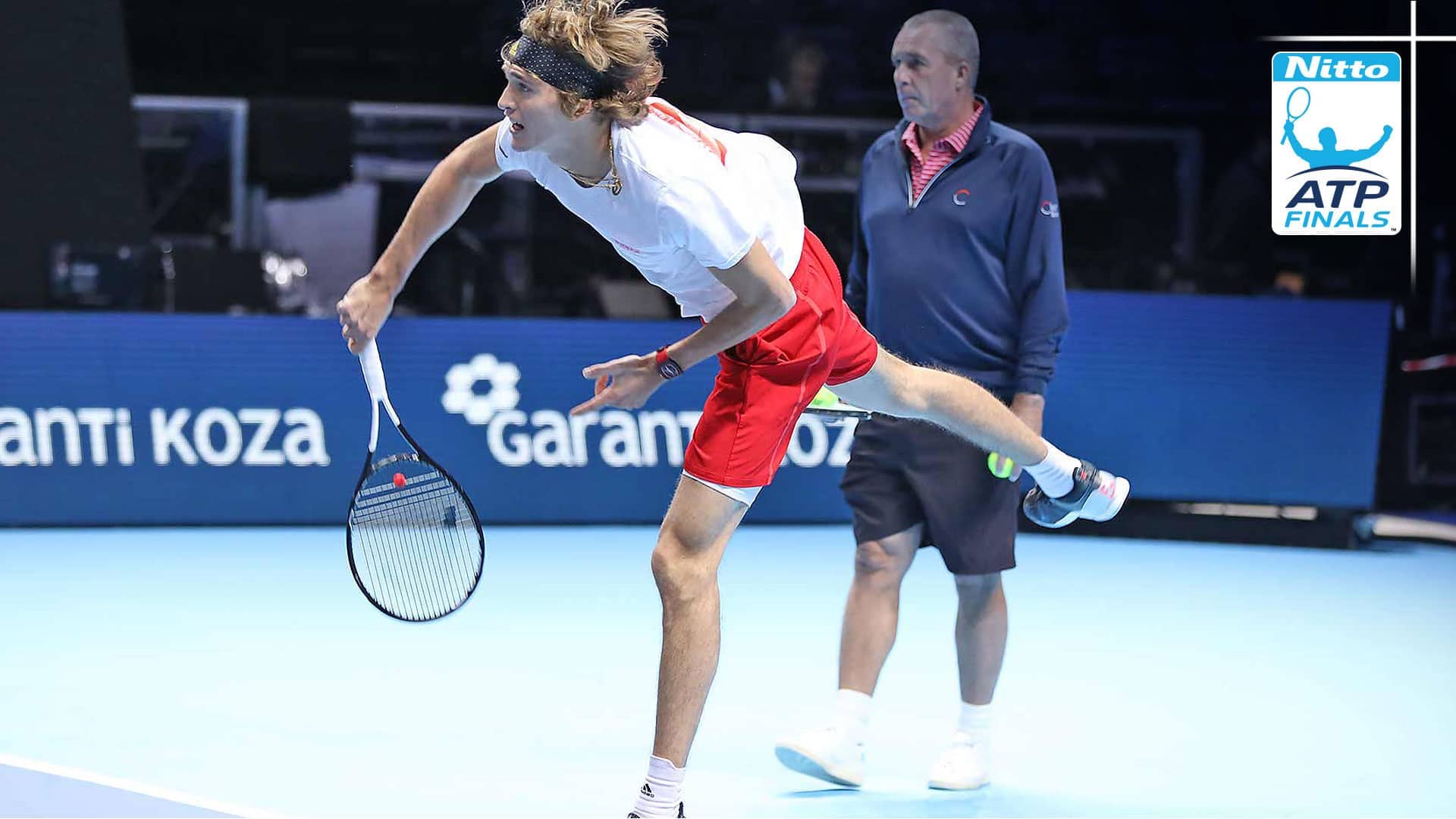 Only 21 years old, Alexander Zverev has qualified for the Nitto ATP Finals for a second successive year, and will be attempting to win the biggest title of his career. Profile by Mike Dickson of The Daily Mail.

People in tennis rarely agree about everything, but on one subject there is unanimity: the game has been blessed for the past decade by a golden generation.

Roger Federer, Rafael Nadal and Novak Djokovic have proved an extraordinary trio, collectively dominating the ATP World Tour to a degree that nobody would have thought possible. This has spawned a debate lasting longer than anyone had anticipated: the question of who will step up when Federer, Nadal and Djokovic are defeated by the one adversary who eventually beats everyone: Father Time. And when that discussion has taken place over the past couple of years Alexander Zverev has unfailingly been among the names put forward.

There is no question that the 21-year-old from Hamburg has sometimes felt the weight of expectation, having been identified as ‘The Next Big Thing’ earlier than any of his contemporaries.

It has probably not made life any easier for Zverev that he comes from a country with a rich tennis history that craves another champion. As any tennis historian will tell you, when the ATP World Tour came into being in its modern form in 1990, there was one country more responsible for its success than anywhere else – Germany.

The appetite for tennis there was enormous, in particular thanks to Boris Becker, but also due to the popularity of Michael Stich and, in the women’s game, Steffi Graf. Television audiences were huge and tournaments proliferated, and it remains an important market for the sport. Ever since those heady days of the early 1990s there has been an impressive German production line of players of both sexes, but perhaps none of them have had expectations loaded upon them in the same way the rangy, tousle-haired baseliner has.

Zverev was an outstanding field hockey player as a young boy but, as the son of a father who represented the former Soviet Union at tennis before emigrating, the racquet sport was always likely to be his destiny. This was especially so as his elder brother Mischa, who has had a late blossoming of his career as a touring professional, was also in the business.

But, in the Zverev family, it has long been the younger sibling of whom great things were expected, as happens to all those who reach the status of world junior No. 1, as he did as a 16-year-old. The pressure was only ramped up in 2014 when, just a few months after turning 17, he defeated two seeded players to reach the semi-finals of the ATP World Tour 500 in his home city of Hamburg.

That brought him mainstream attention, but that was taken largely in his stride as his trajectory continued in a highly satisfactory manner, with his career guided by his father and coach Alexander Sr. After making the Top 100 of the ATP Rankings in 2015, he broke into the Top 20 in 2016.

With its ranking system, tennis is a fairly easy sport in which to judge players against a benchmark of what others before them have achieved at the same age; there was no doubt that the young German was very much on track.

It was last season when Zverev’s potential began to properly solidify, and all at an age – he only left his teens in April 2017 – when modern male tennis players are still only meant to be learning their trade. After some impressive results he went to Rome and ended up winning one of the most historic tournaments on the ATP World Tour, beating Djokovic in the final. By doing so he became the youngest winner of an ATP World Tour Masters 1000 title, and the first champion at that level who was born in the 1990s.

Beating Federer in the final of last year’s ATP World Tour Masters 1000 in Montreal only underscored Zverev’s talent. Only Federer, with three victories at that level, won more Masters 1000 titles last year than Zverev did. While he qualified for last season’s inaugural Next Gen ATP Finals in Milan, he missed the tournament in order to concentrate on the Nitto ATP Finals, with the debutant defeating Marin Cilic but failing to progress into the knock-out rounds. For a second year in succession, Zverev has accomplished the Milan-London double of qualifying for both the Next Gen ATP Finals and the Nitto ATP Finals.

This has been another strong season for Zverev, which has included winning a third Masters 1000 title in Madrid, and reaching the quarter-finals of Roland Garros. That was his deepest run yet at the Grand Slams – for all his outstanding form on the ATP World Tour, we have yet to see the best of this exciting young talent when playing over five sets at the majors. But Zverev has been taking measures to address this, in an attempt to position himself as the player who will fill the breach when the incredible champions of this era finally subside.

Twice Zverev has borrowed from the Andy Murray playbook. The first time was hiring Jez Green, Murray’s former fitness trainer. The second was taking on Ivan Lendl, Murray’s former coach, as a consultant to try to maximise his level at the biggest events.

It is part of tennis folklore how Murray linked up with Lendl, and how that seemed to be the missing piece of the jigsaw that turned a perennial nearly-man into a champion. Zverev turned to Lendl in August, and while it did not pay an immediate dividend, with a loss to compatriot Philipp Kohlschreiber in the third round of the US Open, it may yet turn out to be a smart move. Murray did not win a Grand Slam until his fourth major with Lendl, and the Briton was a far more experienced player when their partnership began.

At the tender age of 21, with excellent movement for a big man standing 6’6”, and with a particularly strong serve and backhand, Zverev is very much at the forefront of the Next Gen on the ATP World Tour. But patience is the watchword.