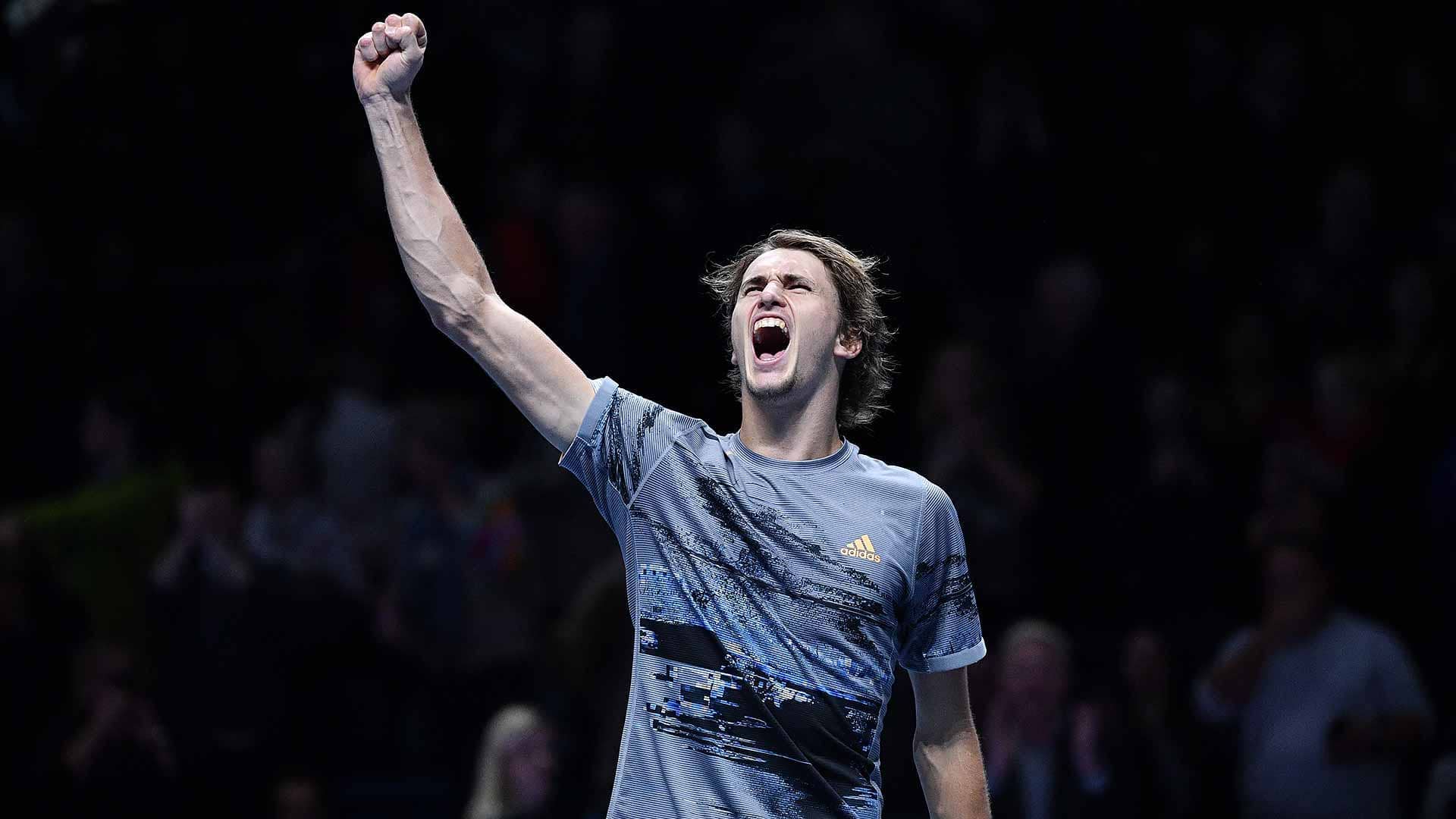 Alexander Zverev returns to the semi-finals at the NItto ATP Finals on Friday in London. © Peter Staples/ATP Tour

Alexander Zverev will have a chance at defending his Nitto ATP Finals title this weekend. The seventh-seeded German reached the semi-finals for the second consecutive year on Friday at The O2 in London, beating Daniil Medvedev 6-4, 7-6(4) to finish second in Group Andre Agassi.

Zverev will meet Group Bjorn Borg winner Dominic Thiem on Saturday evening. Stefanos Tsitsipas, also 2-1 in the group, wins Group Andre Agassi and will face Roger Federer on Saturday afternoon for a place in the season finale title match. Rafael Nadal, 2-1 in the group, finishes third and does not advance to the semi-finals.

“The O2 is the most special arena for me. It’s where I play my best tennis,” Zverev said. “The atmosphere here is something we don’t play in anywhere else in the world. It’s so special to us.

“I’ve still got to improve. We’re in the semi-finals now and it doesn’t get any easier from here. I’m going to have to play my best tennis to have a chance.”

Zverev, who trails Thiem 2-5 in their FedEx ATP Head2Head series, became only the fifth active player, along with Nadal, Federer, Novak Djokovic and Swiss Stan Wawrinka, to make the semi-finals at the season-ending championships in back-to-back seasons.

“[Thiem] has been playing some unbelievable tennis, maybe the best tennis that we have ever seen from him. Actually beating Roger and Novak on this court is very special. Doing it back-to-back is very, very difficult,” Zverev said.

The German improved to 5-1 in his FedEx ATP Head2Head series against Medvedev and, despite knowing he needed to win to advance, played freely against the Russian.

Zverev broke in the opening game and mixed in slices and drop shots to bring Medvedev off the baseline. Medvedev, who was going for his first Nitto ATP Finals win after an 0-2 start, freed up in the second set, hitting the occasional second serve at 131 mph, like he did against Djokovic in the Cincinnati semi-finals en route to his first ATP Masters 1000 title.

But the Russian gambled too much in the tie-break, double faulting at 3/4. Zverev, steady on serve all match, served it out to extend his stay one more day. The German landed 81 per cent of his first serves and won 88 per cent (45/51) of those points.

“[Daniil] had nothing to lose here. For me, this was a must-win situation,” Zverev said. “All credit to Daniil. It’s been an unbelievable season for him, and I think he’s going to be very dangerous next year as well.”

The defending champion defeats Medvedev 6-4, 7-6 to clinch the final spot in the semis at the #NittoATPFinals!