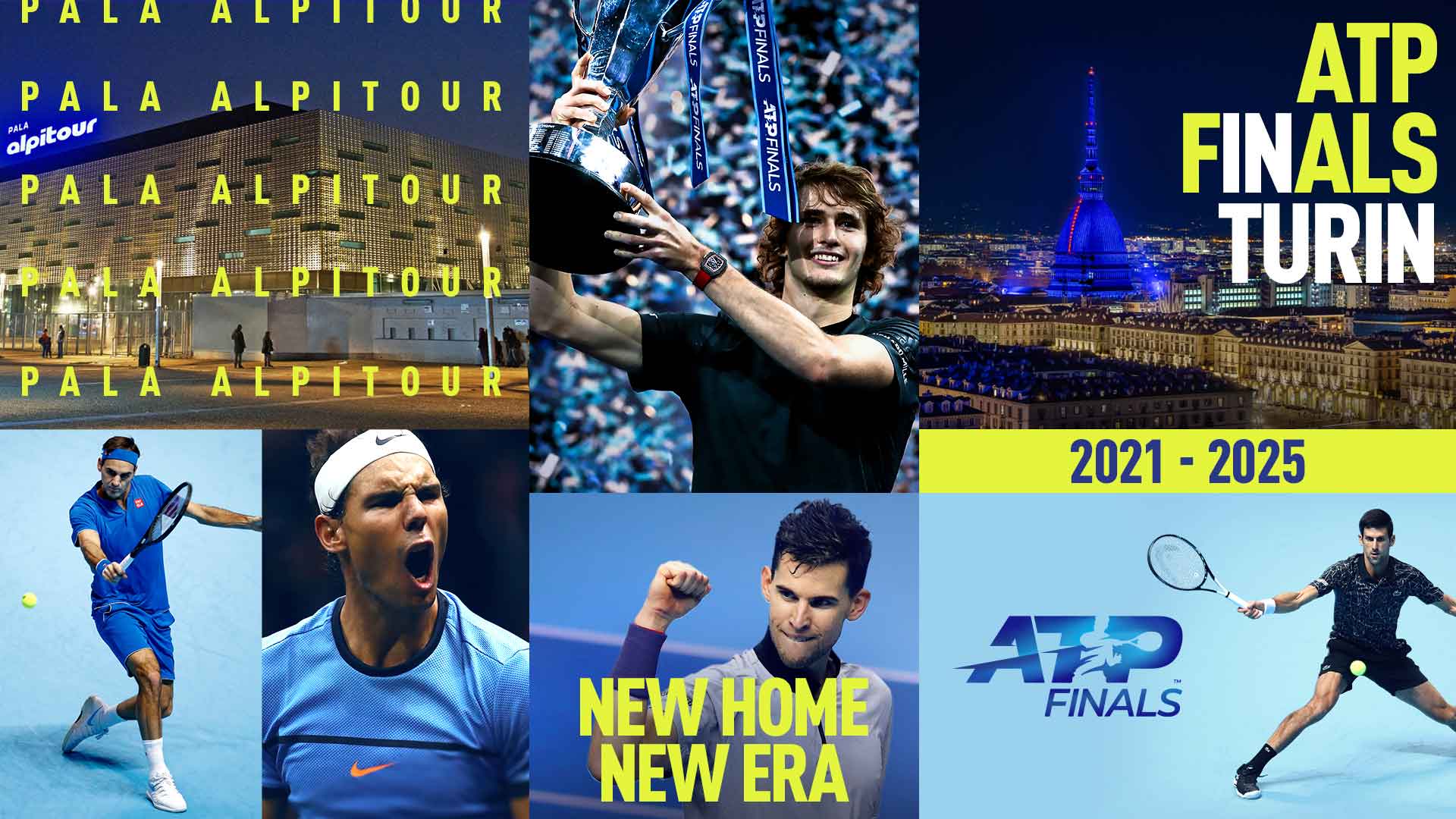 The ATP announced today that the city of Turin, Italy, has been selected to host the ATP Finals from 2021-2025. The five-year agreement will see the world’s greatest players in men’s professional tennis compete for the biggest indoor tennis title in the world at Turin’s Pala Alpitour stadium, Italy’s largest indoor sporting arena.

The winning Turin bid was put together by the Italian Tennis Federation and Sport e Salute SpA in partnership with the Italian Government, the municipality of Turin and Regione Piemonte. The move to Turin brings the ATP Finals to Italy for the first time in its 50-year history and makes Turin the 15th city to host the prestigious season-ending tournament since its inception in 1970.

Chris Kermode, ATP Executive Chairman & President, said: “Our congratulations to Turin on putting together such a comprehensive and impressive bid. Italy provides us with one of the strongest and most established tennis markets in Europe and has a proven track record for hosting world class tennis events with the Internazionali BNL d’Italia in Rome, as well as the Next Gen ATP Finals in Milan. We’re delighted to expand on our successful partnership with the FIT and Sport e Salute SpA and we look forward to bringing the ATP’s flagship season-ending event to tennis’s growing fanbase in Italy for the first time.

“The success of the ATP Finals is critical to the health of the ATP and we believe that Turin has all the ingredients to take the event to new heights and to continue the tournament’s growth following a highly successful 12-year stint in London that will come to an end in 2020. I would also like to take this opportunity to thank all our event partners in London, particularly AEG, and all the fans that have made the tournament such a success at The O2 since 2009.”

Novak Djokovic, World No.1 and President of the ATP Player Council, said: “The ATP Finals is the biggest and most prestigious event that we have at the ATP. It’s a tournament that has historically moved around and so I’m very excited to see it move to Turin from 2021. It’s still a few years away but I know that the players will be very excited to compete there, and I also hope to be part of what will be a very special event.”

Chiara Appendino, Mayor of Turin, said: "We are extremely proud that Turin has been chosen to host the ATP Finals 2021-2025 as sport has long been a significant part of the history and the culture of our city. As a City we will come together to harness the knowhow of a vast range of local experts in organizing international sporting events and we are confident that our unique combination of passion and experience will deliver opportunities to appreciate this exhilarating sport in sustainable and innovative ways. Turin looks forward to building a truly spectacular event for players and fans the world over!"

Angelo Binaghi, President of the Italian Tennis Federation, said: “The assignment of the great task to organize the ATP Finals in Turin from 2021 to 2025 represents a remarkable international success of our country. Our project has proved to be extremely successful thanks to the great work carried out together with the Italian Government and the local authorities. A team work which I am sure will live up to the wonderful tradition of the end-of-season historical Masters, and offer a very brilliant future”.

The unique season-ending tournament, featuring only the world’s best eight qualified singles players and doubles teams of the season, will boast a record prize purse of US$14,500,000 in 2021.

Turin was the first capital city of Italy from 1861 to 1865. The city has hosted some of the world’s biggest sporting events, such as the 2006 Winter Olympic Games, and is also home to two Serie A football teams, Juventus FC and Torino FC. The ATP’s decision brings to a close an extensive international bid process that began in August 2018 in which more than 40 cities worldwide expressed an interest in hosting the ATP season finale.

An official presentation with representatives from ATP, FIT, Italian government and City of Torino will take place in Turin on Monday 29th April at 12:30PM at Palazzo Madama, Piazza Castello.