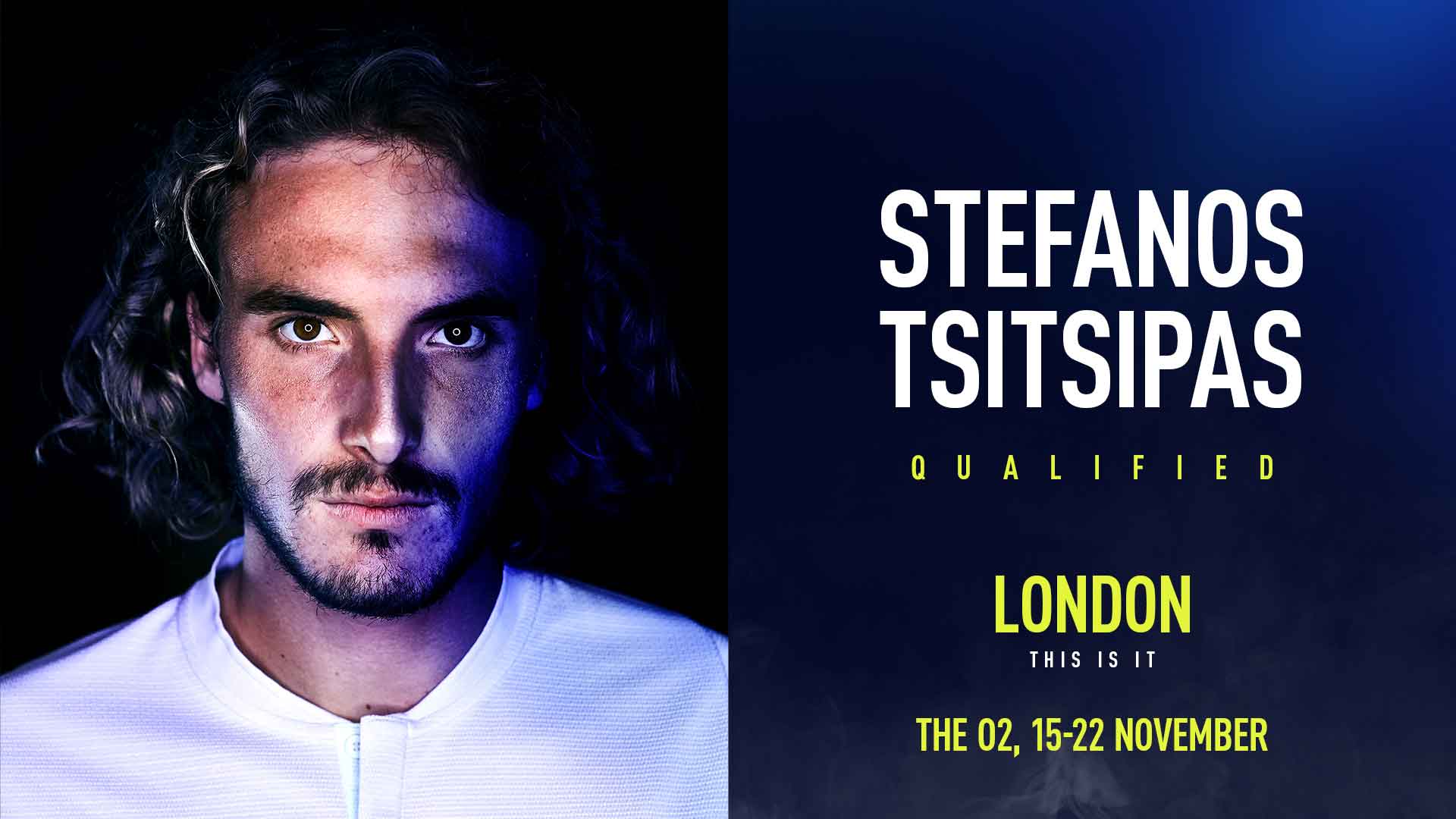 Defending champion Stefanos Tsitsipas and 2018 titlist Alexander Zverev have both qualified for the Nitto ATP Finals, to be held at The O2 in London from 15-22 November. Two singles spots are now up for grabs as Tsitsipas and Zverev join Novak Djokovic, Rafael Nadal, Dominic Thiem and Daniil Medvedev for the 50-year anniversary of the tournament, which began in 1970.

Tsitsipas beat Dominic Thiem in the 2019 final on his tournament debut, to become the youngest Nitto ATP Finals winner since Lleyton Hewitt, aged 20, in 2001. Two years ago, Zverev became the first German titlist at the season finale since Boris Becker in 1995.

The 22-year-old Tsitsipas has compiled a 28-10 record on the season, which includes his fifth ATP Tour title at the Open 13 Provence in Marseille (d. Auger-Aliassime) in February. The Greek also finished runner-up at the Dubai Duty Free Tennis Championships (l. to Djokovic) in February and at the Hamburg European Open (l. to Rublev), prior to reaching his second Grand Slam championship semi-final, losing to Djokovic at Roland Garros.

The 23-year-old Zverev made his debut at the Nitto ATP Finals in 2017 and beat Roger Federer and Djokovic en route to the trophy the following year. Zverev, with a 15-8 match record in 2020, reached his first Grand Slam championship final at last month’s US Open, losing to Thiem in a fifth-set tie-break, and lost to the same player in the Australian Open semi-finals in January.

Diego Schwartzman is next in line to qualify at No. 8 in the FedEx ATP Rankings, while four other contenders for the two remaining singles places compete this week at ATP Tour events. World No. 10 Andrey Rublev and No. 12-ranked Denis Shapovalov feature at the St. Petersburg Open, where Medvedev bids to retain his crown, and No. 13-ranked Roberto Bautista Agut plays at the bett1HULKS Indoors in Cologne, alongside Zverev and former World No. 1 Andy Murray.

In doubles, Kevin Krawietz and Andreas Mies are closing in on their second straight qualification after retaining their Roland Garros crown (d. Pavic/Soares). Australian Open titlists Joe Salisbury and Rajeev Ram, and US Open champions Mate Pavic and Bruno Soares have already secured their places in the 2020 field.

In line with UK Government guidance, the 2020 season finale is being planned behind closed doors due to the ongoing COVID-19 pandemic.

The Nitto ATP Finals, featuring the best eight singles players and doubles teams, has been held in London since 2009 and has successfully established itself as one of the major annual sporting events worldwide. The tournament is broadcast in more than 180 territories with global viewership reaching an average of 95 million each year. The event will be held in Turin, Italy, from 2021-2025.