Tsitsipas: 'We Are The Future. We Will Fill The Stadiums' 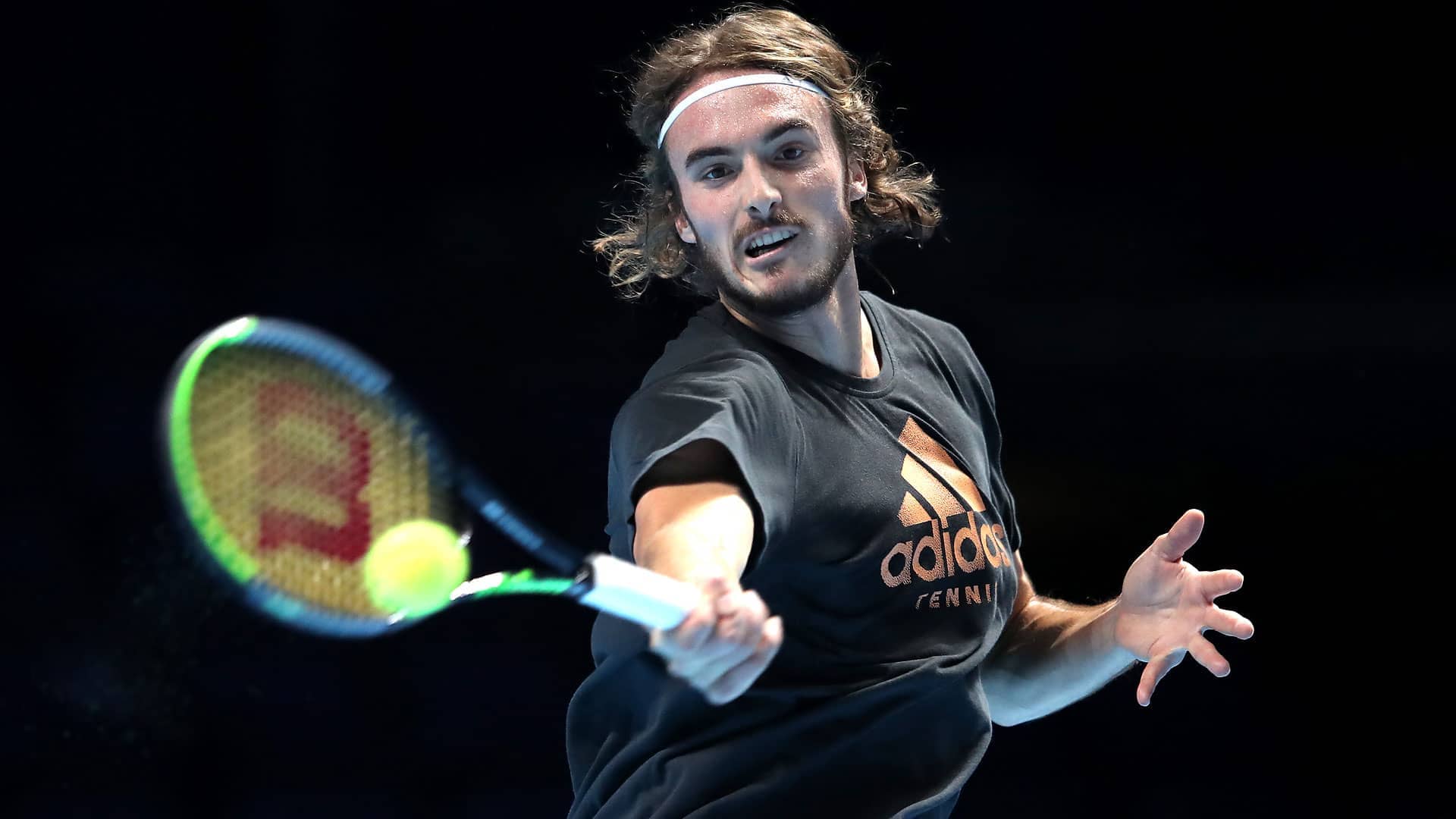 Stefanos Tsitsipas, the 2018 Next Gen ATP Finals champion, will be making his debut at the Nitto ATP Finals next week. © Alex Pantling/Getty Images

Stefanos Tsitsipas is like a kid in a candy store at The O2 in London, walking around behind-the-scenes at the Nitto ATP Finals, where he will make his season finale debut next week. The Greek has made a successful transition from lifting the Next Gen ATP Finals trophy 12 months ago, to featuring among the best eight players in the world at the prestigious event to be held from 10-17 November.

“I am very proud of myself to have put in a lot of effort and work to get here,” said Tsitsipas on Friday. “It’s a great transition from the Next Gen ATP Finals to here, both great events. It’s great being part of such a prestigious event with a long history in our sport. It’s a very important tournament, which everyone is dreaming of playing and being a part of one day. It’s also a good tournament to end the year with.”

This year, Tsitsipas is one of four players aged 23 and under — also Alexander Zverev (22), Daniil Medvedev (23) and Matteo Berrettini (23) — competing at the Nitto ATP Finals. They will join Roger Federer (38), Rafael Nadal (33), Novak Djokovic (32) and Dominic Thiem (26) in the first all European singles line-up in the tournament’s history.

When asked about his fellow young rivals, the Greek said: “I believe the competition between us is something really important for the sport. We’re young and just getting started, so it’s obviously very fiery and we want to beat each other. But we appreciate each game, everyone plays differently and it’s quite interesting to see so many varieties.

“We are the future, we will be the ones that will fill the stadiums and get people to watch tennis. We’re going to create the future of the sport, along with other younger players.”

Tsitsipas has enjoyed a standout 2019, compiling 50 match wins for the first time in his career. He became the first Greek player to break into the Top 5 of the ATP Rankings (at No. 5) on 5 August 2019, during a season which has included titles at the Open 13 Provence (d. Kukushkin) and at the Millennium Estoril Open (d. Cuevas).

Working under the guidance of Patrick Mouratoglou, and his father, Apostolos, in London this week, Tsitsipas will make his Nitto ATP Finals debut against fellow first-time participant Medvedev in Group Andre Agassi during Monday’s afternoon session. Buy Your Tickets