Dominic Thiem: A Player In Transition 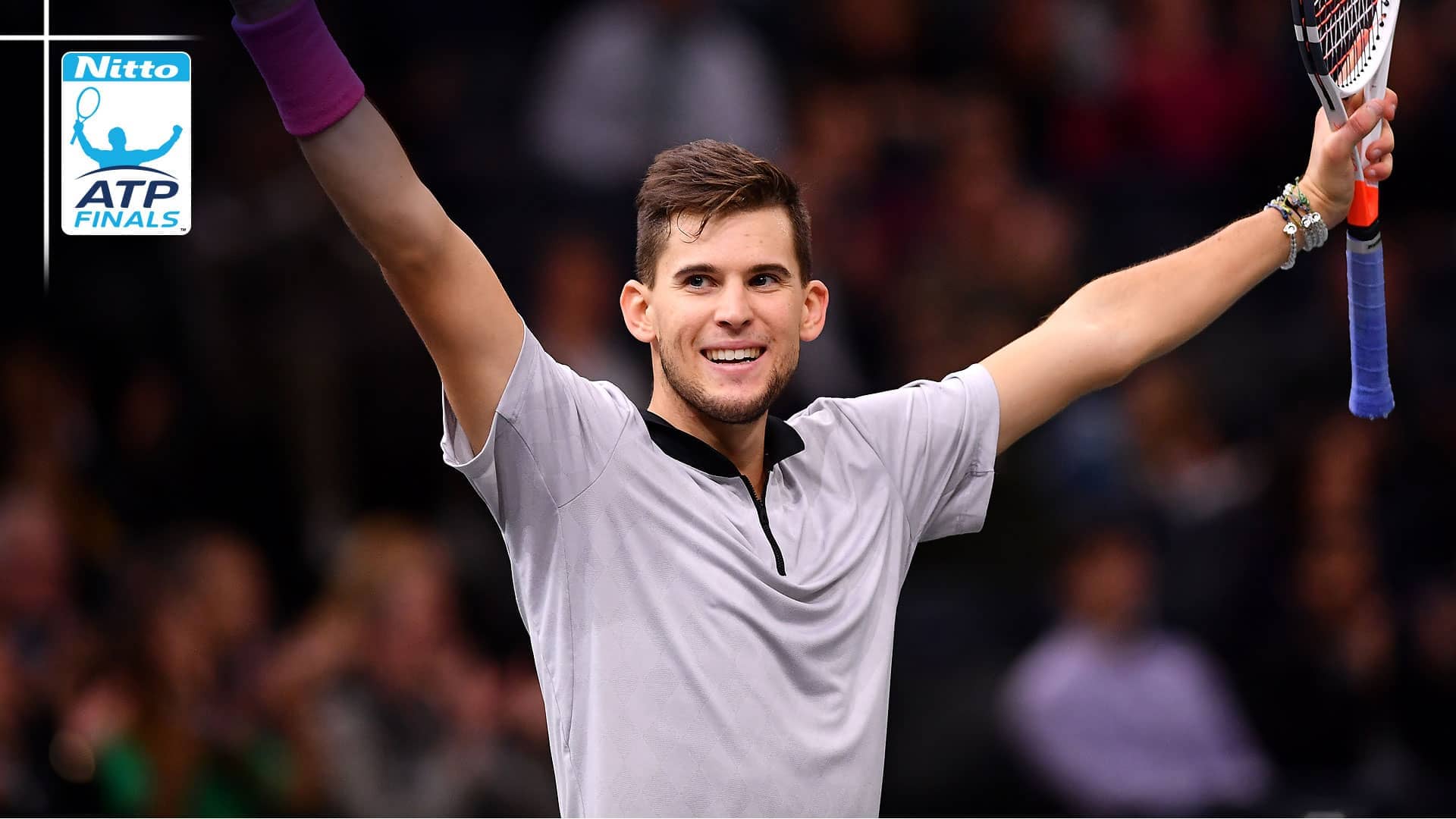 The industrious Dominic Thiem has qualified for the Nitto ATP Finals for the third consecutive year. Profile by James Buddell, chief writer for the ATP.

As Dominic Thiem and Rafael Nadal walked to the net, united in exhaustion and pain, their sweat-drenched shirts clung to their bodies. After four hours and 49 minutes of a five-set, instant classic night-match, which ended at 2:04 a.m. in a city that was already known for its all-nighters, there could only be one winner: Nadal, who offered a few words of consolation after all the running, hitting, sweating and battling. Their embrace over the net at the US Open, two months ago in New York City, remains one of the most evocative images of the year.

“It’s going to be stuck in my mind forever,” said Thiem, who will do well to store the ball-striking and industry from that day as an example of what’s possible this week at the Nitto ATP Finals, and also in the future. “I’m going to remember that match, for sure. Tennis is cruel sometimes.” Thiem’s hard-court performances at Flushing Meadows, against Kevin Anderson in the fourth round, and then against Nadal in the quarter-finals, were a major step in the right direction for a Top 10 player in transition.

Having spent his childhood playing on red dirt, indoors or outdoors, Thiem has won eight of his 11 ATP World Tour titles on clay courts. Yet he has no intention of being categorised solely as a standout dirt-baller like his Austrian compatriot, former World No. 1 Thomas Muster, who won 40 of his 44 titles on clay.

The perennial goal of any elite tennis performer is to be consistent on every surface and Thiem, a member of the Top 10 in the ATP Rankings since June 2016, is no different. The word ‘improve’ is never far from the lips of Thiem or his long-time coach Gunter Bresnik. It’s a philosophy that has helped Thiem better his year-end position in the ATP Rankings in each of the past seven seasons, highlighted by a career-high of No. 4 shortly prior to last year’s Nitto ATP Finals.

Bresnik, who cut his teeth as a young coach to Boris Becker almost 30 years ago, said, “Every practice session has a purpose and we don’t focus on the ATP Rankings. The role of the coach is to encourage, help the player improve and realise his potential. If Dominic puts everything together he has the potential to be a Grand Slam champion.”

Thiem came close this season. With an ability to strike his backhand faster and with more spin on slower surfaces, he broke Nadal’s 50-match clay-court winning streak in the spring, en route to his second successive Mutua Madrid Open final (which he lost to Alexander Zverev), and once again performed strongly at Roland Garros, but fell to the Spaniard in his first Grand Slam final.

With the additional insight of Spain’s Galo Blanco in 2018, to complement Bresnik, Thiem’s performances are now on a higher plane, as is his approach to the sport. “As an elite performer, Dominic knows what he needs to do to play well, but he is also receptive to advice in order to improve and play well at every tournament he contests,” said Blanco.

By any standards, Thiem’s schedule remains relentless. For the second time in the past three seasons, the 25-year-old has broken the 50 match wins barrier, including an ATP World Tour-leading 30 victories on clay. He has contested more than 220 singles matches in the past three years, with a season-long total of 82 appearances in 2016, and 76 in 2017, and this year he will post another high number.

“Initially, I was completely exhausted, dealing with the jetlag, training and travel,” Thiem said of his globe-trotting. “But I got used to it quickly. I like to play matches, but now I [organise my] schedule better in order to play at my best level on every surface. It’s really, really tricky to go deep in every tournament you play, but that’s what I want to achieve.”

The confidence reaped two months ago at Flushing Meadows soon propelled Thiem to his first indoor hard-court title at September’s St. Petersburg Open. The triumph added to clay‑court trophies in 2018 at the Argentina Open in Buenos Aires and at the Open Parc Auvergne-Rhône-Alpes Lyon.

Yet Thiem was made to sweat on his Nitto ATP Finals qualification, the cherry on top of the cake for every player each season. In part due to injuries throughout the year, he didn’t secure his place for a third consecutive year until the final stretch of the season. He admitted, “I tried to block out the pressure and focused on winning matches. Although you always check out the results of the other guys in the ATP Race [To London], I felt fresher and was able to fight really hard because I had taken some time off during the year due to injuries.”

While he won’t have the luxury of time against his fellow elite performers at The O2 this week, something he traditionally needs early at tournaments to hit top form, Thiem will be hoping to add to his round-robin victories over Gael Monfils in 2016 and alternate Pablo Carreno Busta last year. “I’ve learned a lot in each of the past two years and it’s such a great event, with so many spectators and every session is sold out, which is absolutely amazing,” said Thiem, who has a 2-4 overall record at the season finale. “I’ve learned that I need to be 100 per cent from the very first ball. You don’t get any presents when you’re playing against the Top 8.

“I’ve had another great year and qualified for London, which remains a top priority at the start of each season. It means I’ve been really consistent, so I’m happy to be back again. I want to finish the year on a high and to take the lessons I’ve learned into 2019.”