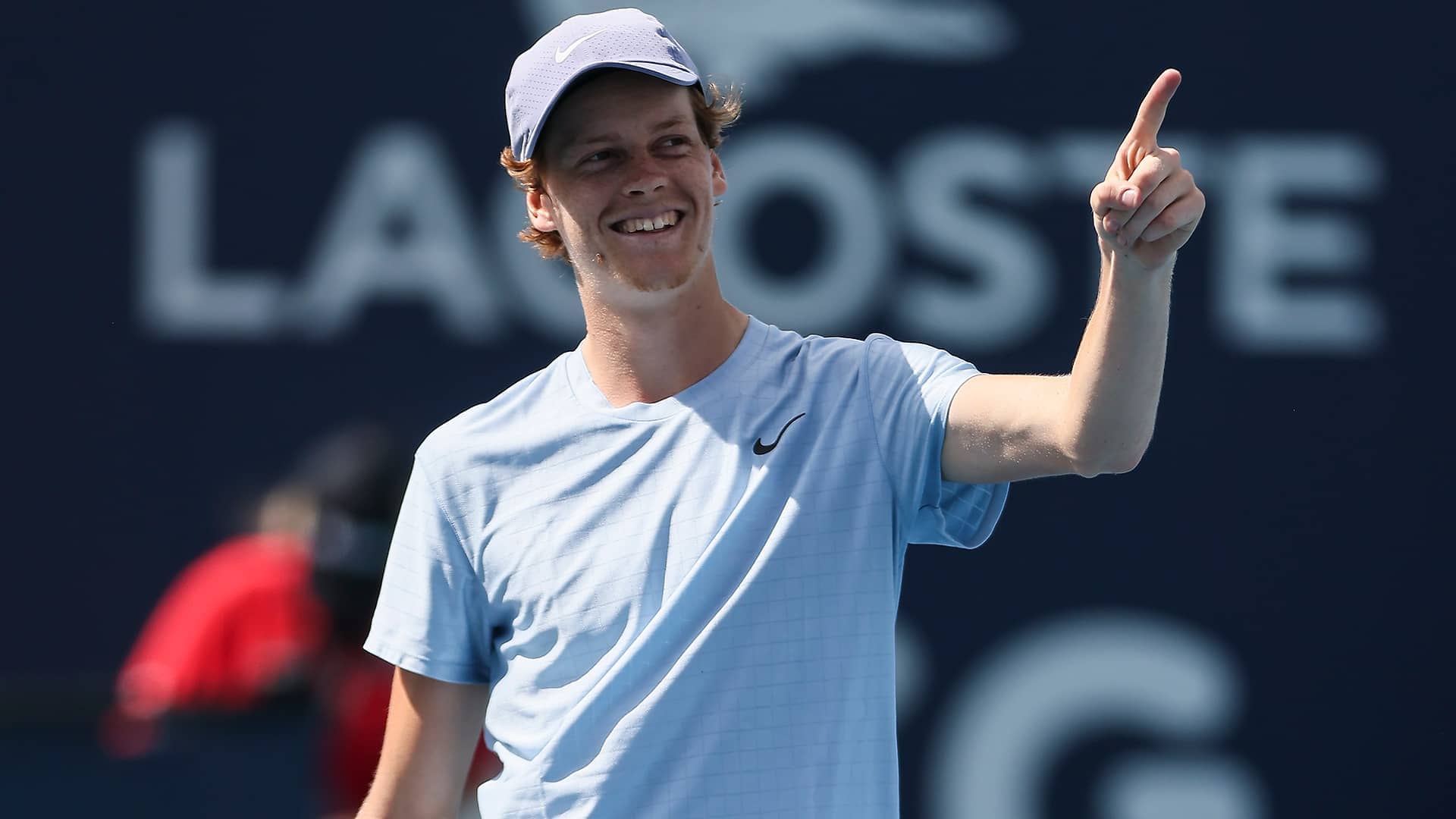 Jannik Sinner broke into the Top 8 of the FedEx ATP Race To Turin after a run to the Miami Open presented by Itau final. © Miami Open

Jannik Sinner has moved into the Top 8 of the FedEx ATP Race To Turin after a string of sensational performances at the Miami Open presented by Itau. The 19-year-old #NextGenATP Italian, who is bidding to qualify for the Nitto ATP Finals for the first time, now sits in the seventh spot for a place at the Pala Alpitour in Turin from 14-21 November 2021.

The 19-year-old Sinner (995 points) is attempting to follow in the footsteps of Stefanos Tsitsipas and qualify for the Nitto ATP Finals, after winning the 2019 Next Gen ATP Finals in Milan. Tsitsipas captured the 2018 crown at the 21-and-under event and went on to clinch the 2019 season finale crown at his first attempt.

“I came here with the mentality to win,” said Sinner, after losing to Hurkacz 7-6(4), 6-4 in the Miami final. “I think I can learn many things today… I think it has been a good week anyway. But obviously I'm not here for making finals, I'm here to win tournaments.

“For me, improvement is the most important thing… I think I have to improve on every single part of my game physically, mentally, everything. Then we will see what's coming.”

Two other Italians, Matteo Berrettini, who qualified for the 2019 edition at The O2 in London, and Fabio Fognini, who sit in 14th and 18th respectively in the FedEx ATP Race To Turin, will be working hard to make up ground during the upcoming spring European clay-court swing.

Karatsev, who qualified for the Australian Open and reached the semi-finals (l. to Djokovic), captured his first ATP Tour title last month in Dubai (d. Harris). Hurkacz won his second ATP Tour title in January at the Delray Beach Open by VITACOST.com (d. Korda), and Bautista Agut finished as runner-up at the Open Sud de France in Montpellier (l. to Goffin) and the Qatar ExxonMobil Open in Doha (l. to Basilashvili). Bublik advanced to the Antalya Open (l. to De Minaur) and the Singapore Tennis Open (l. to Popyrin) finals.