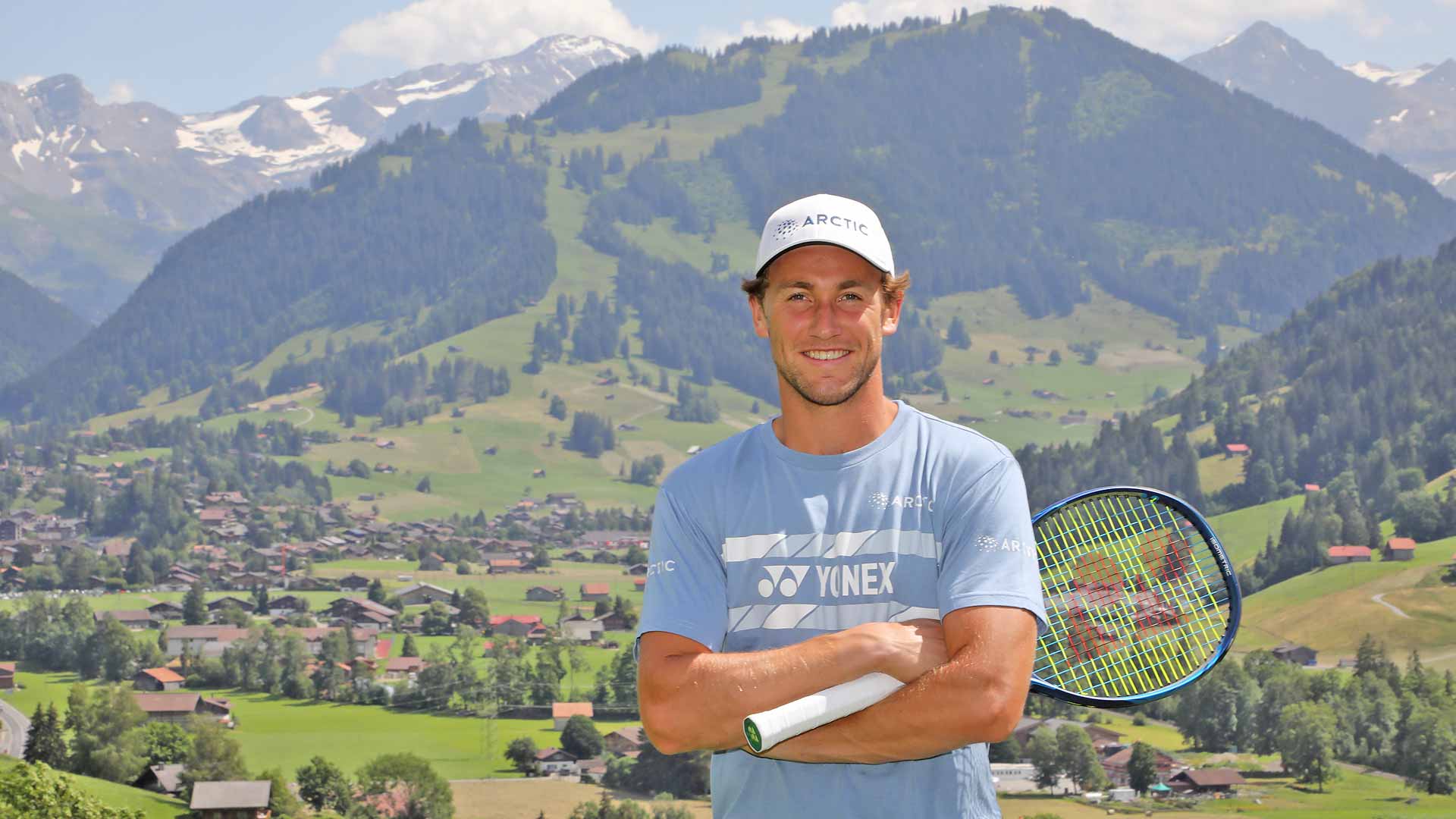 Casper Ruud is set to make his debut at the Swiss Open Gstaad. © Christian Collet

Could Casper Ruud make a push to qualify for the Nitto ATP Finals, to be held in Turin from 14-21 November? The Norwegian star will continue to stake his claim this week at the Swiss Open Gstaad, where he is making his tournament debut.

The 22-year-old moved into 10th place in the FedEx ATP Race To Turin thanks to his triumph at last week's Nordea Open in Bastad. Ruud trails ninth-placed Aslan Karatsev by just 15 points, and the Russian cannot add to his total this week since he is competing in the 2020 Tokyo Olympics

Ruud, however, arrived in Switzerland with momentum and an opportunity to add to his total. The Next Gen ATP Finals alumnus did not lose a set last week in Bastad, and did not drop more than four games in a set.

“It was an incredible week, maybe the best week of my life,” Ruud said after winning the title.

The Norwegian is the third seed this week at the Swiss ATP 250, where he will play Austrian Dennis Novak in the second round. The top seed is Denis Shapovalov and Roberto Bautista Agut, the 2018 Gstaad finalist, is the second seed.