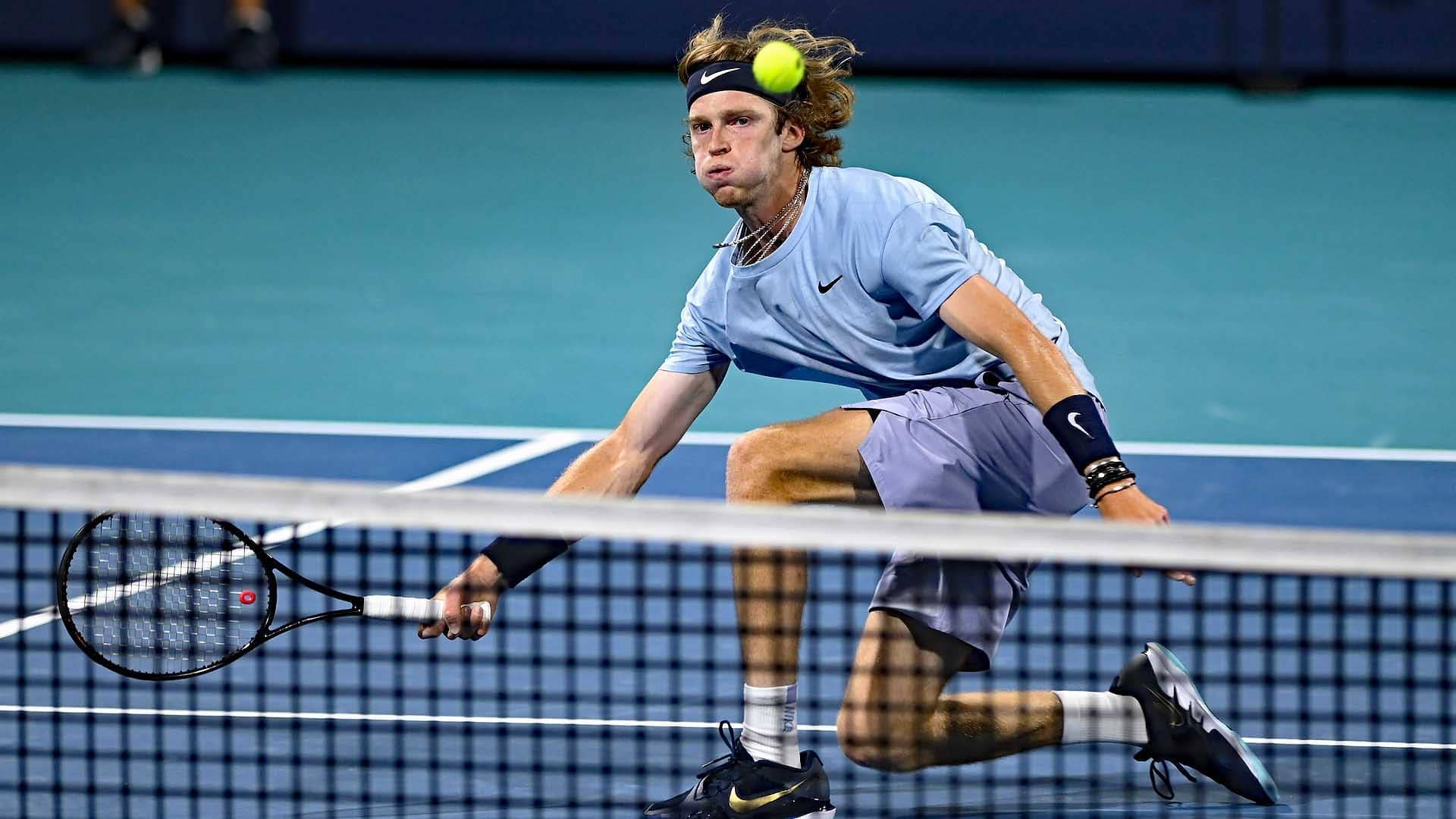 Andrey Rublev is one of the early contenders for a spot at the 2021 Nitto ATP Finals in Turin. © Mike Lawrence/ATP Tour

Russian Andrey Rublev continues to stake a strong claim to a second consecutive appearance at the Nitto ATP Finals after an impressive performance in the first quarter of the 2021 ATP Tour season. Boasting a tour-leading 20 wins on the year, Rublev consolidated his hold on third place in the FedEx ATP Race To Turin with a semi-final showing at the Miami Open presented by Itau, closing the gap on leader Novak Djokovic and countryman and second-placed Daniil Medvedev.

The season's first ATP Masters 1000 tournament has greatly shaped the early battle for places in Turin, with Miami champion Hubert Hurkacz leaping to fifth spot and 19-year-old Miami finalist Jannik Sinner surging to sixth, to be the highest-positioned Italian.

Rublev (1,800 points) now sits just 330 points away from leader Djokovic and defending champion Medvedev’s second place spot (2,130) in the FedEx ATP Race To Turin. Rublev won his eighth ATP Tour title at the ABN AMRO World Tennis Tournament in Rotterdam, and has reached the quarter-finals or better at all six of his tournaments in 2021.

Five-time former Nitto ATP Finals titlist Djokovic (2,140) holds the top spot for a place at the Pala Alpitour in Turin from 14-21 November 2021. The Top 4 positions have held for the second week in a row, with Stefanos Tsitsipas (1,540) occupying the fourth spot after a run to the quarter-finals in Miami.

Hurkacz’s victory in Miami did more than just propel him inside the Top 20 in the FedEx ATP Rankings. The 24-year-old won the biggest title of his career, and wrote a new chapter in Polish tennis history, by becoming his country’s first ATP Masters 1000 singles champion. As a result, Hurkacz (1,395) rose 13 places in the leaderboard to sit in fifth place, and soared into contention for his first Nitto ATP Finals berth.

#NextGenATP Italian Sinner (995) is also vying to qualify for the first time to the Nitto ATP Finals after a breakthrough week in Miami. The 19-year-old has leaped 10 spots after reaching his first Masters 1000 final, entering Turin contention in seventh place.

Hurkacz also captured his second ATP Tour title in January at the Delray Beach Open by VITACOST.com (d. Korda), while Sinner started the season winning his own second trophy at the Great Ocean Road Open in Melbourne (d. Travaglia).

Also on the rise, Miami semi-finalist Roberto Bautista Agut (765) is working on closing the gap as he surged to the ninth position. The Spaniard sits just 170 points behind 2018 winner Alexander Zverev (935) in eighth place.