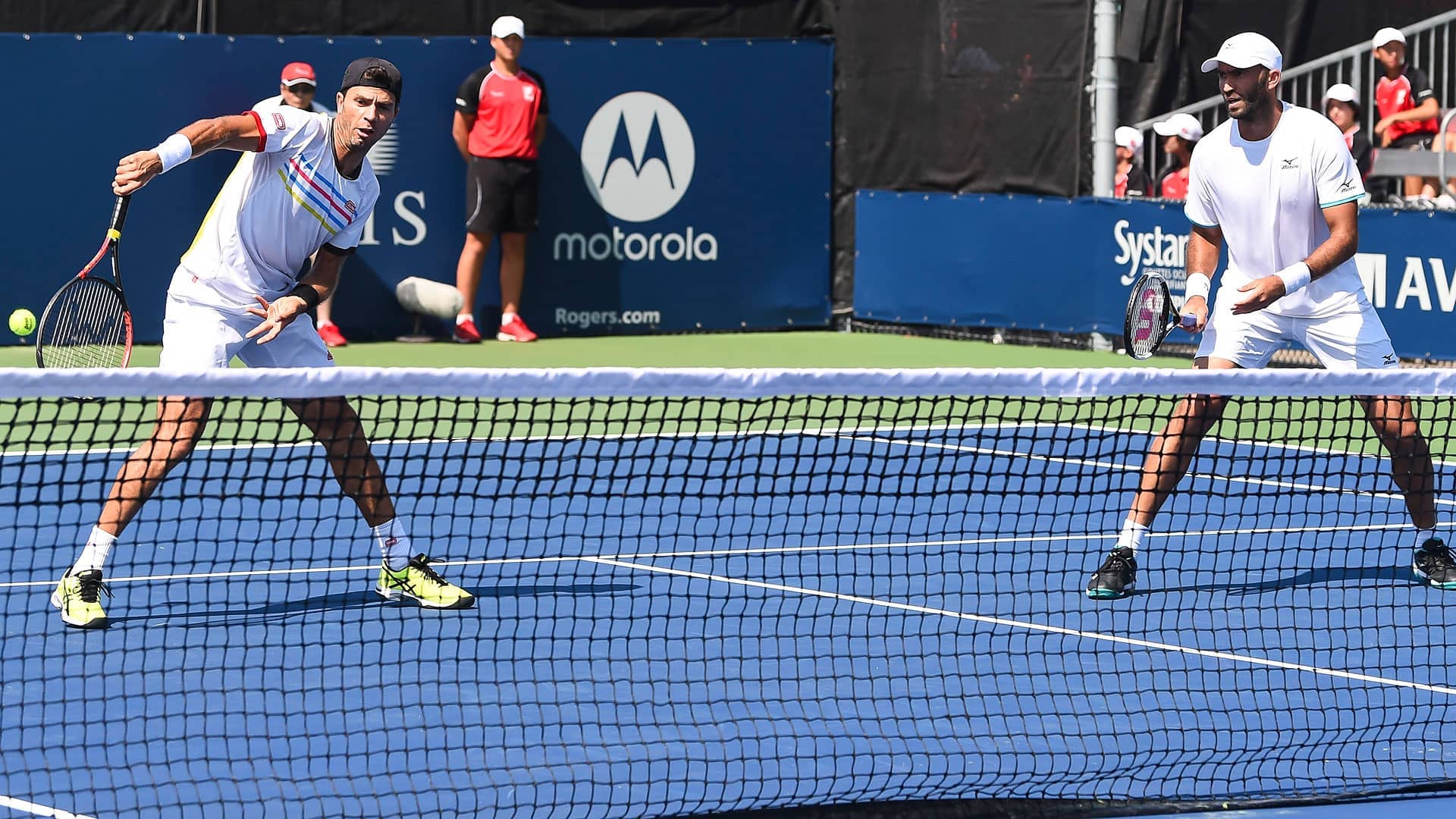 For Jean-Julien Rojer and Horia Tecau, tennis is never more extreme than inside this pleasure dome by the River Thames, with violent swings in fortune. On their previous visits to The O2, they have either lost every match they have played that week or gone undefeated and not even dropped a set. Is there another team who have a record like this here or at any other tournament on the ATP Tour?

The first time they qualified as a team for the season finale, in 2014, the Dutch-Romanian pairing didn’t win any of their three group matches. The following year, they went undefeated in all of their five matches, and such was their dominance, they were also the first pair to win the title without losing a set since round-robin play began in 1986. There was to be another enormous swing in fortunes in 2017, which was the third time they qualified as a team, when they again lost all three of their group matches; from despair to joy and then back to despair again.

And when you look deeper at Rojer’s record, you see that the Dutchman’s results at this tournament have always been extreme, as he also qualified in 2012 and 2013 with Pakistan’s Aisam-Ul-Haq Qureshi, and both of those years he didn’t win a match.

Rojer, who was born on the Caribbean island of Curacao, and is close friends with Andy Murray (he was a guest at the Briton’s wedding), is yet to have a so-so or middling tournament here. Who can say how this week will play out for Rojer and Tecau as they seek a second title at the Nitto ATP Finals? You would imagine that the past experience of winning the title on this court would count for something, but it’s hard to predict with any certainty how they will do this week. What you can be sure of is that they have already taken considerable pleasure from returning to The O2, after their absence last year when Tecau missed several months of the regular season through injury. Playing at The O2, in front of the biggest doubles crowds of the year, never gets old for Rojer and Tecau, with the size of the audience probably heightening the emotions they feel out there under the lights.

Qualifying among the leading eight teams was their reward for a season in which they took an ATP Masters 1000 title, in Madrid in May, which meant they had won at least one tournament a year for the last six seasons, starting with their first year together in 2014 when they landed an astonishing eight. In addition to winning Madrid, Rojer and Tecau were also the champions in Basel, and reached the finals of tournaments in Rotterdam and Washington, D.C., and made the quarter-finals of Roland Garros and Wimbledon.