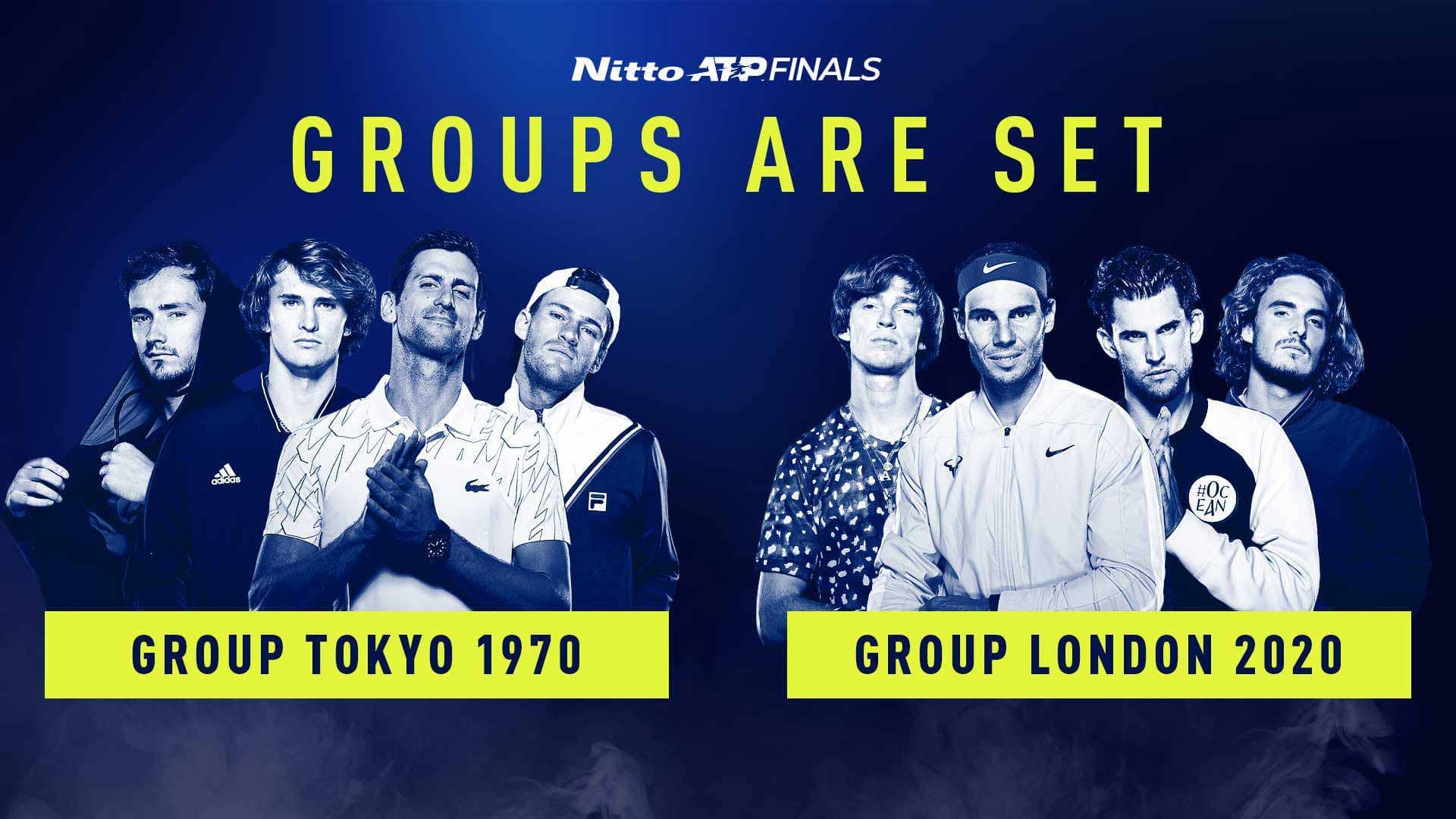 Novak Djokovic, who will be bidding to earn a record-trying sixth trophy at the season finale, learned his group for the 2020 Nitto ATP Finals on Thursday. The World No. 1 leads Group Tokyo 1970 alongside Daniil Medvedev, Alexander Zverev and Diego Schwartzman.

Nadal, who has earned his spot at the prestigious event for a record 16 consecutive years, leads Group London 2020 alongside Dominic Thiem, Stefanos Tsitsipas and Andrey Rublev. Nadal, who has a 25-5 record in 2020 with two titles, has earned a berth at the Nitto ATP Finals every season starting in 2005.

Come and Join @andy_murray and myself tomorrow at 8PM (7PM GMT) on https://t.co/Tk1TNA4qYm We will do a preview of the Nitto ATP Finals to be held in London from Sunday onwards. #NittoATPFinals 1/2 pic.twitter.com/ucD5kT632s

The other two former champions of the event are 2019 champion Tsitsipas and 2018 titlist Zverev. Thiem, the third seed, captured his first Grand Slam title this year at the US Open. Rublev and Schwartzman are first-time competitors at the event.

The singles draw for the 2020 Nitto ATP Finals, to be held at The O2 in London from 15-22 November, was made on Thursday and broadcast on BBC Radio 5 Live’s ‘5 Live Drive’ featuring ATP Supervisor Gerry Armstrong and 1970 tournament champion Stan Smith.

"If you look at this draw, you look at Medvedev and Zverev, who just played in the finals against each other in Paris last week, they obviously are playing quite well. They're going to be pushing Novak in that group," Smith said on the broadcast. "But on the other side, Rublev has really been hot overall for the year, it's unbelievable. Tsitsipas is the defending champion and Thiem is the US Open champion, so Rafa's got his hands full with those three guys."

Seven different countries are represented in the elite eight-man singles field. Four played aged 24 and under will compete at The O2. This is the 50th Anniversary of the Nitto ATP Finals, which was first held in 1970 in Tokyo, where Smith lifted the trophy. It is the tournament's 12th and final edition in London. Next year, the season finale will move to Turin, Italy.

Italian Matteo Berrettini, the 2019 qualifier, and Canadian Denis Shapovalov are first and second alternates, respectively, in the singles field.