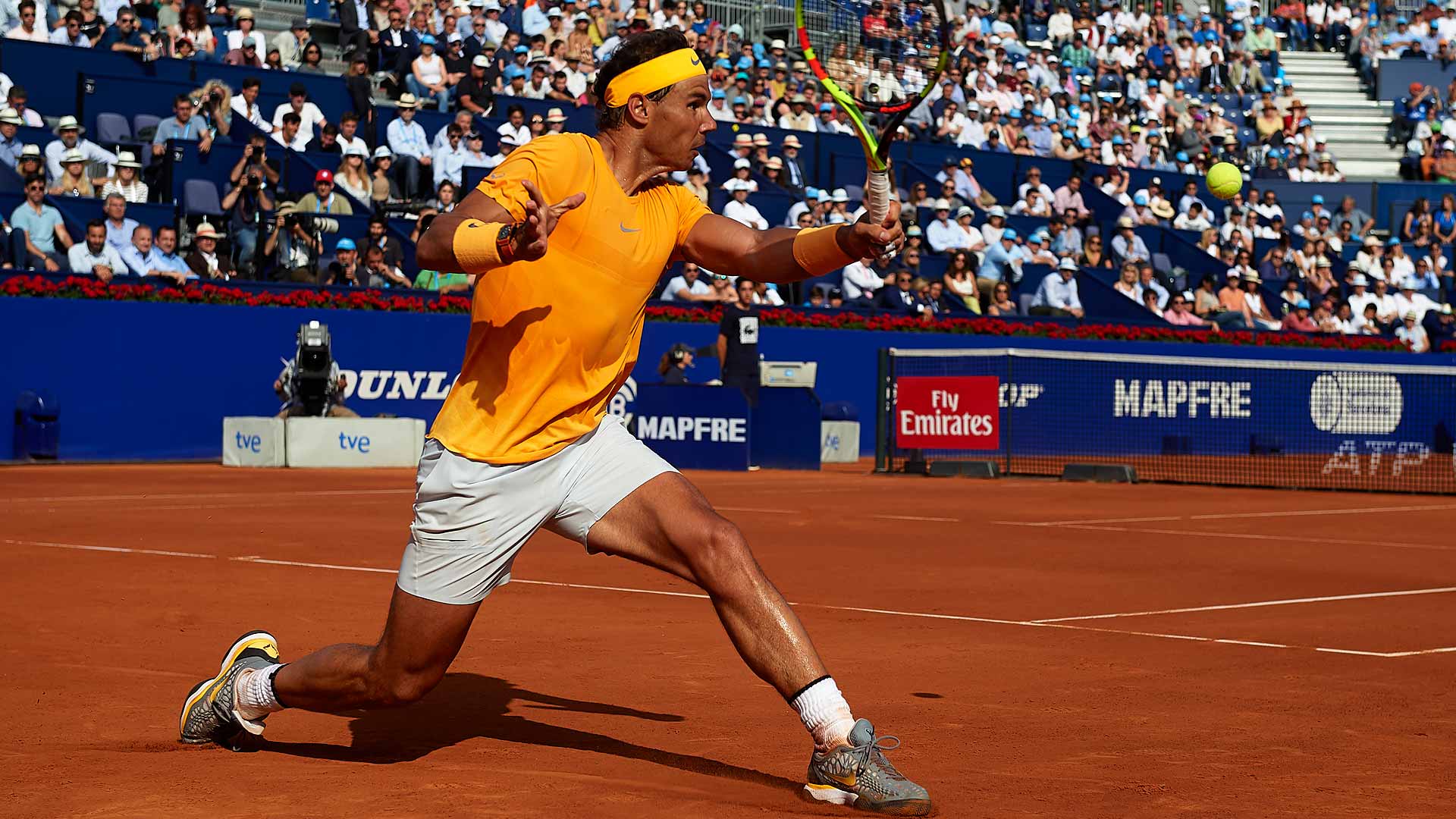 World No. 1 Rafael Nadal is undefeated this season on clay, claiming title No. 11 in both Monte-Carlo and Barcelona. © Barcelona Open Banc Sabadell

Rafael Nadal has once again hit top form on European clay and over the next two weeks — at the Mutua Madrid Open and at the Internazionali BNL d’Italia — and he may, potentially, complete a clean sweep of red dirt titles to take the lead in the 2018 ATP Race To London.

Just three weeks ago, the Spanish superstar sat at No. 40 in the ATP Race To London (360 points), but with 11th titles at both the Rolex Monte-Carlo Masters (d. Nishikori) and the Barcelona Open Banc Sabadell (d. Tsitsipas), Nadal has risen to third place (1,860 points).

The 31-year-old is now behind first-placed Roger Federer (3,110 points) and second-placed Juan Martin del Potro (2,120), ahead of two ATP World Tour Masters 1000 tournaments. Nadal has won Madrid, where he has a 47-10 record, on five occasions and Rome, where he is 51-6 overall, seven times.

With a maximum of 1,500 ATP Rankings points from two clay-court events this year, it’s worth highlighting that in 2017, Nadal accrued 2,680 points in four tournaments between 10 April and 22 May 2017. So, on the eve of Roland Garros, which begins on 27 May, there is a chance that he will lead the ATP Race To London.

While there are three clear leaders at the top, look a little further down the standings and the Race is really close, with Alexander Zverev, in fifth place (1,285), leading 16th-placed Fabio Fognini (800) by less than 500 points. A big run in Madrid or Rome will give up to 12 players an opportunity to firmly embed themselves in the Top 10, and a chance to secure a spot at the Nitto ATP Finals, to be held at The O2 in London from 11-18 November.

Defending champion Grigor Dimitrov sits in seventh position on 1,255 points, while 12th-placed Kyle Edmund (945 points), a Briton bidding to qualify for the first time, has started the season strongly with an Australian Open semi-final run (l. to Cilic) and a runner-up finish at the Grand Prix Hassan II (l. to Andujar).

A familiar face, Kei Nishikori, who has competed at the season finale on three previous occasions (2014-16), is bouncing back after overcoming a right wrist injury. Three months ago, Nishikori captured the sixth ATP Challenger Tour title of his career at The RBC Tennis Championships of Dallas. Now, after a run to the Monte-Carlo final, the Japanese star is 15th in the ATP Race To London (835 points). He reached his first of four Masters 1000 finals at Madrid in 2014 (l. to Nadal).