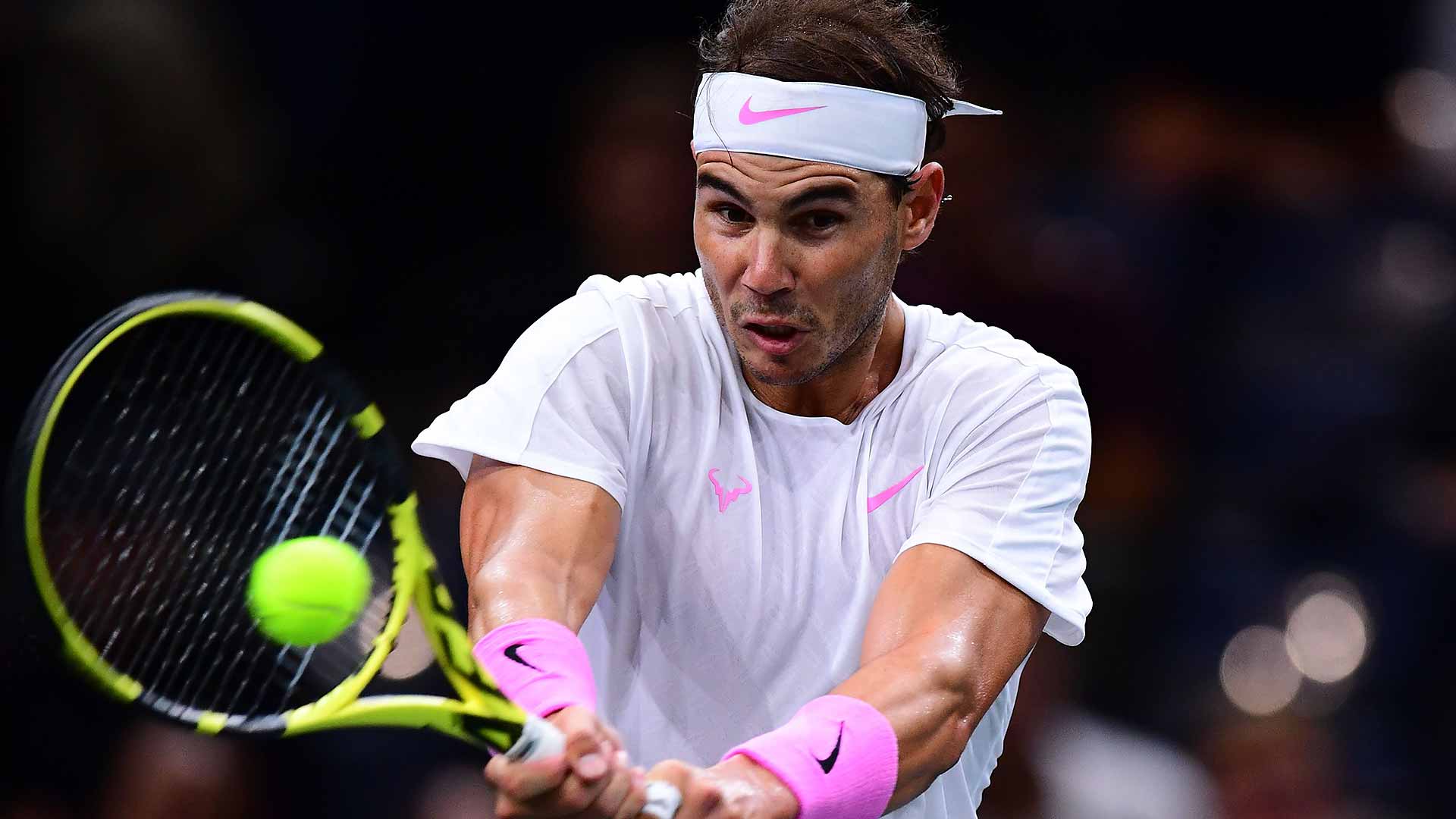 Rafael Nadal will go for his first Nitto ATP Finals title at The O2 in London. © MARTIN BUREAU/AFP via Getty Images

Has Rafael Nadal enjoyed many better years than 2019? Perhaps 2010 – the season when he captured three of the four major titles – should be considered the ultimate. But the last six months must still go down as a rare vintage, especially as they featured the most romantic of post-scripts.

In October, Nadal married his long-time girlfriend Maria Francisca Perello at the famous Majorcan property known as La Fortaleza. Connoisseurs of high-end TV might have found the photographs strangely familiar: this was the same spot where Tom Hiddleston and Hugh Laurie acted out their roles in the memorable 2016 mini series The Night Manager.

Just to be here at the Nitto ATP Finals, and to be in such fine fettle, represents a miraculous outcome in itself. When Nadal was diagnosed with a defective tarsal scaphoid bone in his foot, 13 years ago, one specialist opined that he would never play professional tennis again. Instead, he has shrugged off this and many other injuries to become one of the most enduring champions the sport has ever seen.

This season alone, Nadal has won four titles and half of them were majors – Roland Garros and the US Open – taking his Grand Slam tally to 19. At the present rate of progress, he is on course to overtake Roger Federer, who has 20, and become the most successful major champion in history. When you consider the number of physical setbacks he has endured, this inexorable progress up the leaderboard has a strong claim to make him the GOAT (tennis shorthand for ‘Greatest of All Time’).

More immediately, the battle to finish 2019 as No. 1 in the ATP Rankings will be fought out next week between Nadal and his other great rival, Novak Djokovic. This is hardly unusual, for one of these two men have ended up on top of the pile in eight of the last nine seasons (Andy Murray supplied the only break in the pattern in 2016).

Still, whatever happens at The O2, Nadal can take huge satisfaction from the way he has finished the year so strongly. When you look at his extraordinary performances across the second half of the season, it is easy to forget that, up until the middle of May, he had failed to land a title.

The Australian Open was a mixed experience for Nadal this year. A runner-up finish would have delighted many players, but he was disappointed to suffer his first straight sets defeat in a major final, swept aside in 124 minutes by an inspired Djokovic. The explanation, he told the crowd afterwards, lay in the early end to his 2018 season – the result of an ankle operation – which left him without competitive tennis in the previous five months. “Because of the things that happened to me,” he said, “I was not able to work that much [on] the defensive game.”

That frustrated mood continued through the early part of the European clay-court season, where Nadal is usually so strong. He lost in the semi-finals of three successive tournaments: Monte-Carlo (where this was his first defeat in four years), Barcelona (ditto) and Madrid. But in Rome he found his feet. Nadal dished out a bagel 6-0 set in four of the five matches he played on the way to a season-turning title, including in the first set of a triumphant final against the ubiquitous Djokovic. 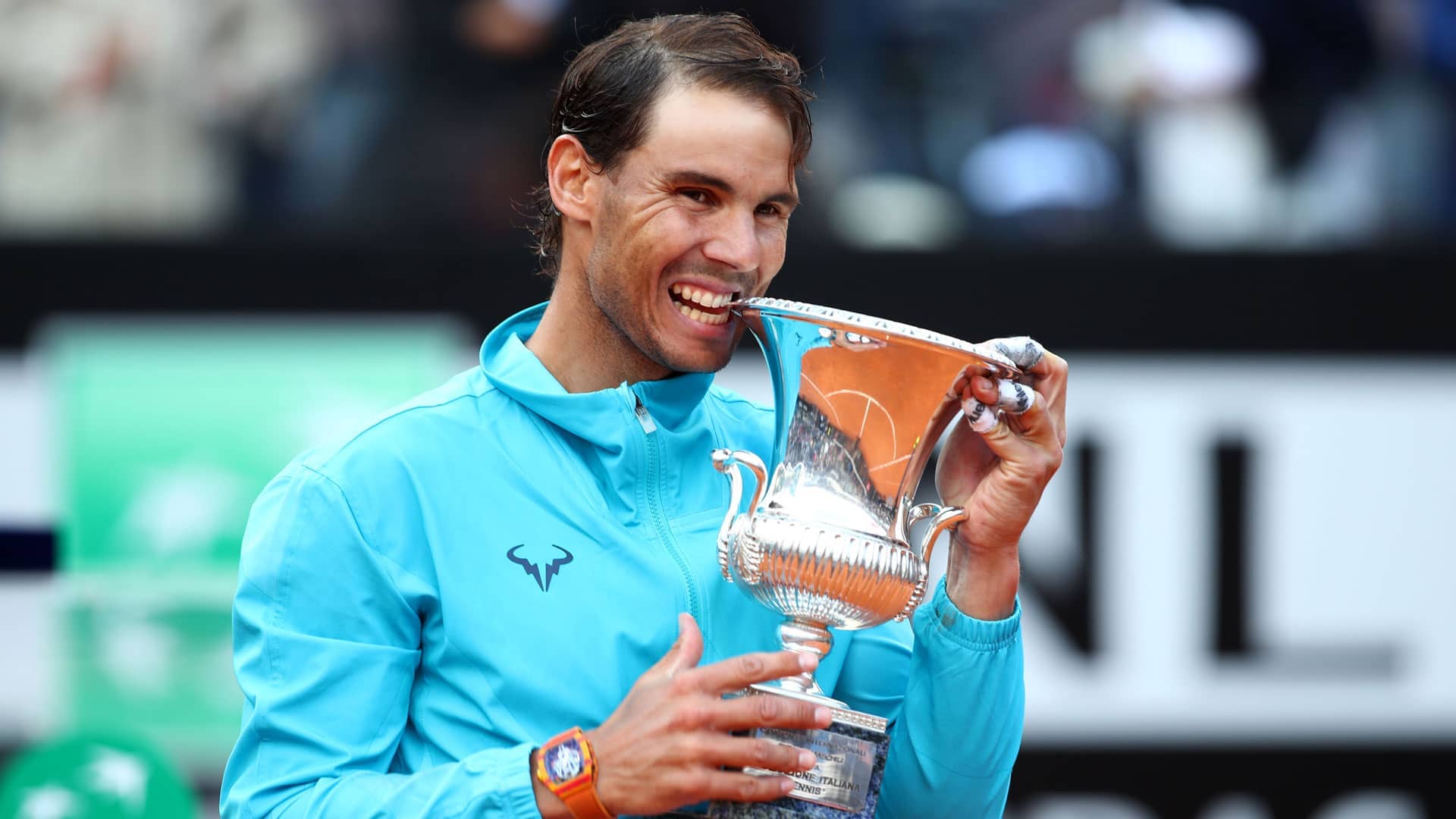 Although this is the 15th consecutive year that Nadal has qualified for the Nitto ATP Finals – which is a record – he has never lifted the trophy. Could this, then, be the year when he breaks through and finally claims his first title in North Greenwich?

Were Nadal still the same young firebrand we remember from the mid-2000s – the long-haired, pirate-panted buccaneer who exploded onto the scene with his first Roland Garros title 14 years ago – then there might be reasons to be sceptical. Given a fast surface, a low bounce and no wind to hold the ball up, his rivals could rush him out of his preferred patterns.

Yet here we come to Nadal’s true genius, as tennis’ evolution man. Even though he was the youngest male to win a major – at just 19 years and three days – since Michael Chang in 1989, he did not behave like someone who had everything worked out. Instead, from the amount of effort he committed to self-improvement, you might have imagined that he was struggling to make a living on the tour. His hunger for the game has always been extraordinary, and insatiable. Which is why he continues to stay a step ahead of his younger rivals – Djokovic apart – as he approaches his mid-30s.

Far from being a one-trick pony, Nadal has won 21 titles on hard courts and four on grass, to supplement the 59 he has collected on his favourite clay. Two US Open triumphs in the past three years should remind us of his ability to change tactics, flattening out his groundstrokes so that they whizz faster through the court rather than dive-bombing and leaping up at your throat like his original topspin drives.

This season, another key improvement has been the serve. Nadal and his coach Carlos Moya took a bold step by remodelling this familiar action during the off-season. The results have been outstanding. In the recent US Open final, Nadal reached an impressive top speed of 125 mph. Even more tellingly, he is winning around 72 per cent of his first-serve points in 2019.

“It’s true that I try to improve during all my career all the things,” Nadal said on the eve of the Australian Open. “The serve was always a thing that I tried to improve, and I think I did. Maybe was the time to try to make one more step, no? That’s what we are trying. I’m happy with it. I’m happy with the motivation to do something new.”

Of all Nadal’s many talents, that word “motivation” might be the greatest. He has an unquenchable desire to overcome any obstacle. Don’t bet against him beating the odds – and the other seven contenders – in London next week.