How Nadal Embraced 'A Tough Fight' 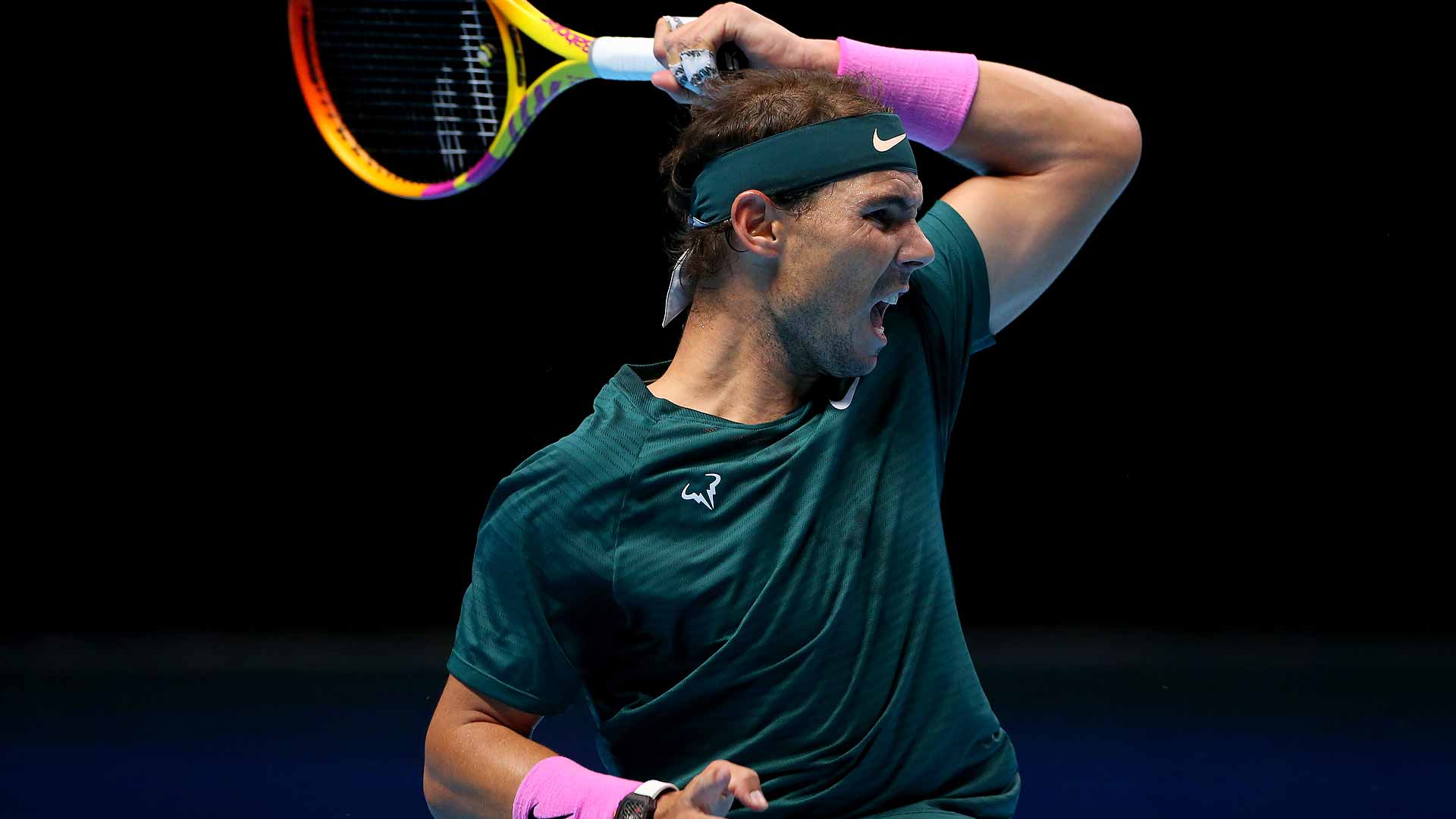 Rafael Nadal is into the semi-finals of the Nitto ATP Finals for the sixth time. © Ella Ling/ATP Tour

Rafael Nadal doesn’t shy away from a battle. That was the case once again on Thursday night at the Nitto ATP Finals against defending champion Stefanos Tsitsipas.

The Spaniard double faulted to lose the second set, and let slip an early break advantage in the decider. But instead of folding, the legendary lefty played some of his best tennis to run away with the match and book his spot in the semi-finals at The O2 in London.

“It's always a good feeling when you are playing well and you're playing against the best players of the world,” Nadal said. “You know you're going to be [in] a tough fight. That's what happened tonight. I was able to find a way to win. [I’m] very happy.”

Last year, Nadal beat Tsitsipas in another three-setter to close out round-robin play at the season finale. But despite finishing with a 2-1 record, he did not advance to the semi-finals because of other results in their group. This time, Nadal knew he controlled his own destiny.

“[It was] an important match for me. Last year I was not able to be in the semi-finals, winning two matches, too. This year I am,” Nadal said. “I needed to win that match, and I did it. I had a good reaction later [in the match], but I was playing I think a great level of tennis for almost two sets.”

The Nitto ATP Finals trophy is the biggest title missing from Nadal’s resume. But the Spaniard is not saying this is necessarily the best level he has shown at the event. He reached the championship match at The O2 in 2010 and 2013.

“I was playing good last year too… I am playing well, I think. I have one more day tomorrow to keep practising,” Nadal said. “I am in a good feeling, but I played some great tournaments too in the past. It's true I never won, but sometimes you play well and you don't win. That's normal in this sport, because the other players are very good, too.”

Nadal will face an opponent against whom he made an epic comeback last year at this tournament. In 2019, Daniil Medvedev let slip a 5-1 lead in the third set against Nadal. But this time, Medvedev is perhaps in better form. The Russian, who recently won the Rolex Paris Masters, has already guaranteed himself the top spot in Group Tokyo 1970.

“I am looking forward to play against probably the player who is playing better the past couple of weeks, and I'm excited about that,” Nadal said. “Let's see. [It’s] going to be amazing challenge and I hope to be ready for it.”