Nadal's Wait Continues: ‘I Had A Big Opportunity’ 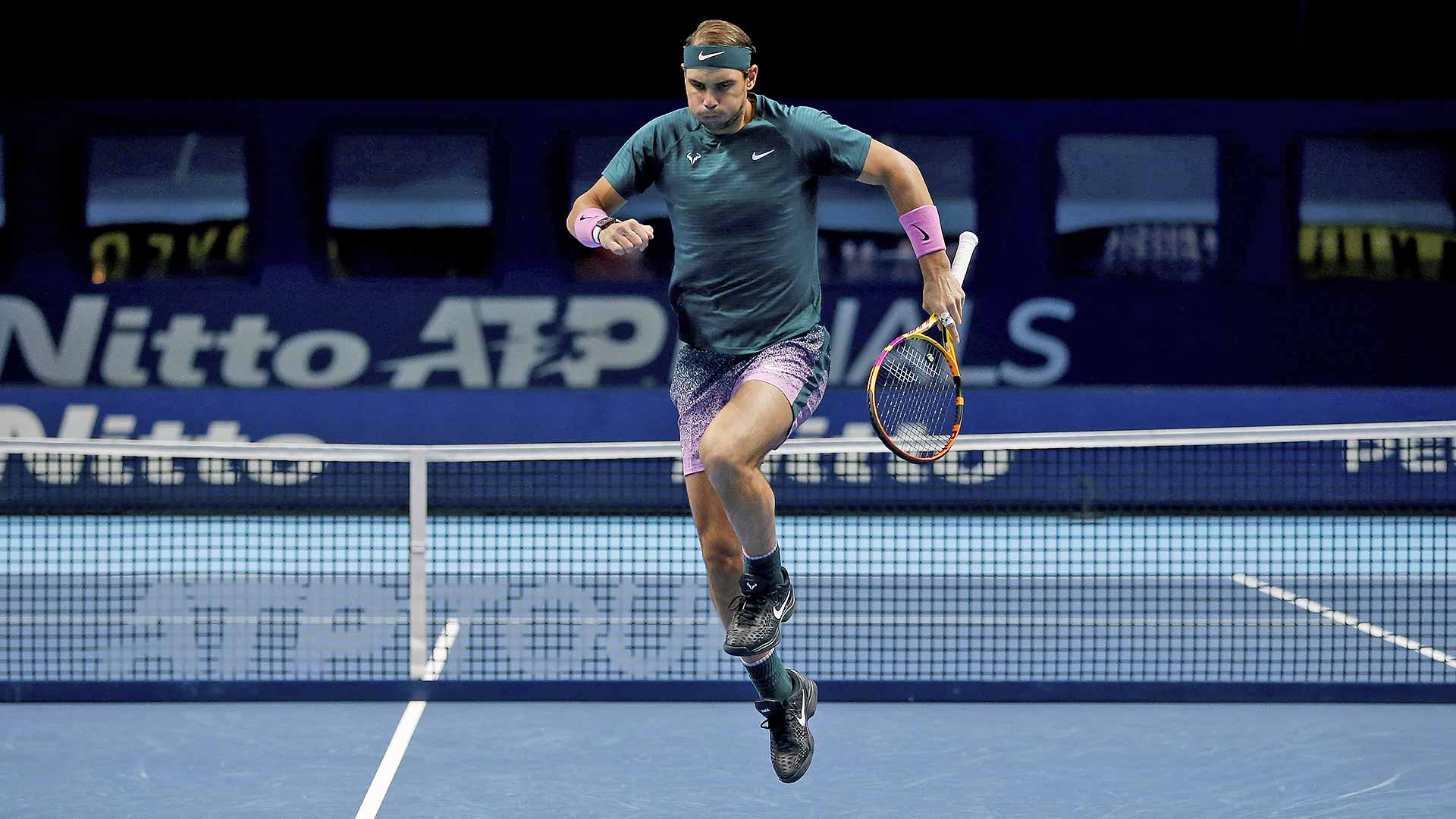 World No. 2 Rafael Nadal could almost see the finish line as he faced a rock-solid Daniil Medvedev for a spot in the championship match at the Nitto ATP Finals.

The 20-time Grand Slam winner claimed a tense opening set against the Russian, a player he had defeated in their previous three ATP Head2Head encounters, and broke late in the second set to serve for the match, leading 5-4. A victory would have put him one step closer to claiming the only Big Title that has eluded him after 10 appearances.

But Medvedev made Nadal wait a little longer, as he broke back to love and turned the match on its head to reach his first final at the season-finale.

“I think at the beginning of the match he was better than me,” Nadal assessed in his post-match press conference. “I was able to save my serves with troubles, but then I played well to have the break and then to close the set.

The Spaniard faced Medvedev three times during the Russian’s breakout 2019 season - including a meeting in last year’s Nitto ATP Finals group stage. With each match, Medvedev seemed to edge closer and closer to victory: after a straight-sets beatdown in the Coupe Rogers final, he pushed Nadal to five sets in the US Open final. At this event last year, Medvedev led 5-1 in the third set and held match point before Nadal stormed back to win.

Leading by a break in the second set on Saturday, Nadal was in pole position to claim his fourth victory in a row over Medvedev and reach his third Nitto ATP Finals championship match. The Spaniard shook off any suggestion that he cracked under pressure, instead giving credit to his opponent for raising his level at the crucial points.

“I think I achieved enough to not find an excuse about the pressure,” Nadal said. “I know I won enough matches and enough tournaments in an even more difficult situation than this one... So I don't feel that way.

“I feel I played a bad game. Of course you are nervous to win the match. But not [only] me, everybody. [It] is normal to have the tension. I think he played some good points and I made a couple of mistakes.

“Small details make a big difference. Just well done for him and not enough good for me.”

With his abbreviated 2020 season in the books, Nadal was eager to put the defeat behind him and look ahead to next year. The typically level-headed Spaniard said he is approaching the off-season with the same full-throttle drive and motivation as he approaches most matches and tournaments.

“My goal is always the same: to go to every tournament and to give myself a chance to compete well and to try to win it,” Nadal said.

“That's the goal of every year. My motivation [has] been always the same. Next year is going to be an important year. I hope to be ready to fight for the things that I want to fight [for]. I'm going to work hard during the off-season to be ready for the beginning.”