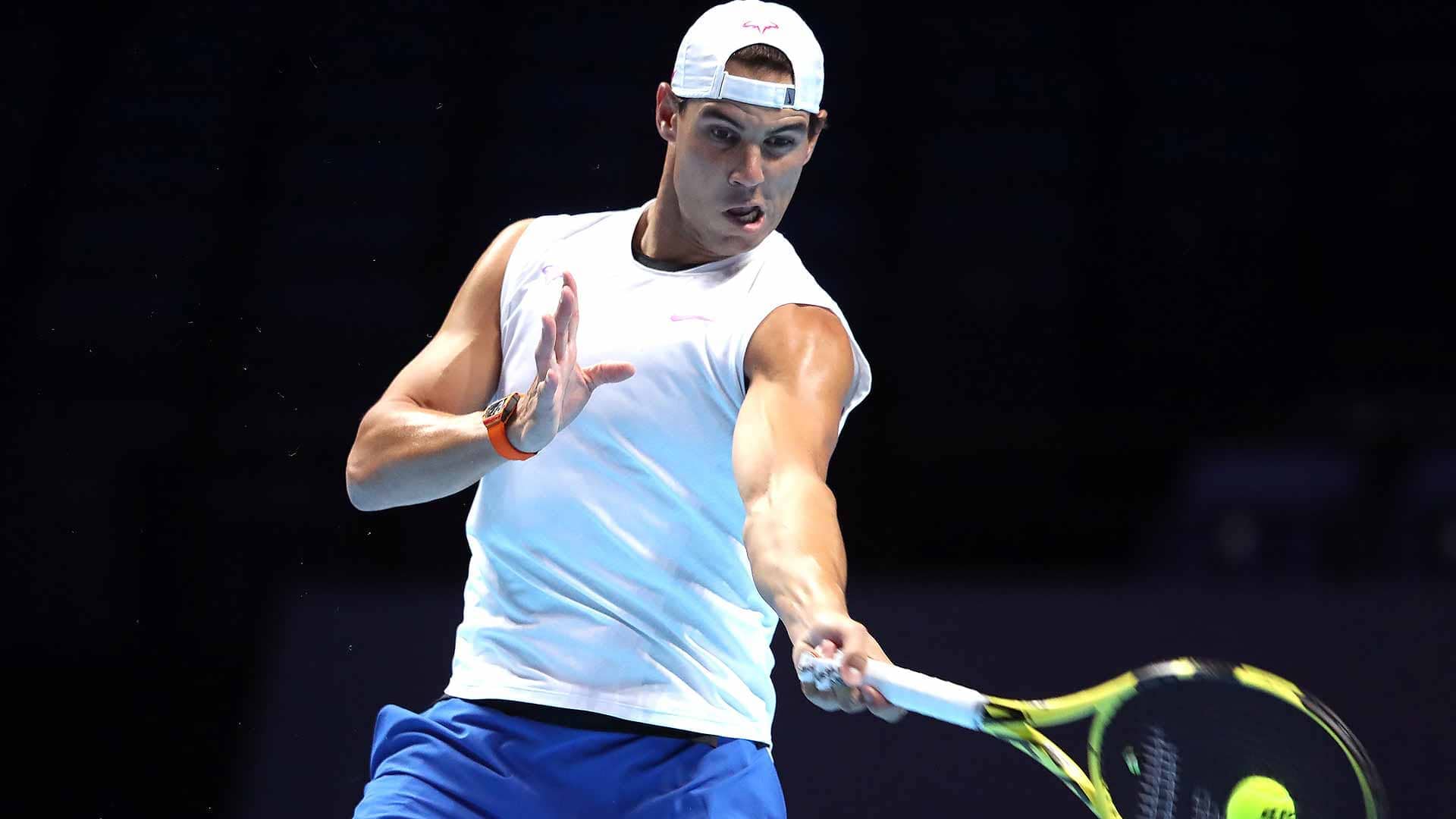 Rafael Nadal is trying to finish year-end No. 1 in the ATP Rankings for the fifth time. © Alex Pantling/Getty Images

Rafael Nadal doesn't want to sound greedy. The World No. 1 knows he's not in a position to garner sympathy.

Nadal, an 84-time tour-level champion, has won more than he ever dreamed of when he was the ages of his fellow Group Andre Agassi competitors – Daniil Medvedev (23), Stefanos Tsitsipas (21) and Alexander Zverev (22).

But when it comes right down to it, of course the top-seeded Spaniard would love to win one of the few Big Titles missing in his trophy case.

The 33-year-old has a rare opportunity to win a Big Title for the first time next week at the Nitto ATP Finals, which begins Sunday at The O2 in southeast London. Nadal first plays on Monday evening against seventh seed and defending champion Alexander Zverev of Germany.

The top seed has played at the season finale eight times and has twice reached the final (2010, 2013) but has never won the Nitto ATP Finals title.

“To play here is always a very special thing. [I'm] excited to be back here in London in one of the great events of the year,” Nadal said on Friday. “I'm going to try my best to keep producing chances to compete well, and if I'm competing well, I'm playing at my best, I hope to have my chances to have a good result.”

Nadal has the year-end No. 1 ATP Ranking to play for this week as well. The Spaniard (9,585 points) currently leads Serbian Novak Djokovic (8,945) by 640 points in the ATP Rankings. An undefeated champion next week will take home 1,500 ATP Rankings points.

Of first concern for Nadal, however, is his health. He pulled out of his Rolex Paris Masters semi-final with Canadian Denis Shapovalov last Saturday, 2 November, because of an abdominal injury he sustained during his warm-up.

Nadal said he started serving on Thursday and isn't worried about his form heading into the season finale.

“It's a tournament [where] you will face the top guys since the beginning, so you need to be 100 per cent ready,” he said. “But I really hope that I will be able to serve every single day a little better, and my goal is to be on Sunday serving normal.

The 33-year-old is the only player in his 30s in Group Andre Agassi. But Nadal is pleased to be among the future – and the present – at the Nitto ATP Finals.

“I am 33 and a half, that's old, young, old to play tennis, young like a person... I'm happy to be where I am today. For me, it's a dream come true to be what I am at this moment in my career. Honestly, I didn't expect to be where I am when [I was] in the position of all of them. But I feel lucky with all the things that happened to me during all these years,” Nadal said.

“It's an exciting moment in tennis. We can see here there [are] a lot of very young players, and they are improving... and this is healthy for the sport, too. I think they are super good. They say they are the future, but they are the present and, of course, the future of our sport.”