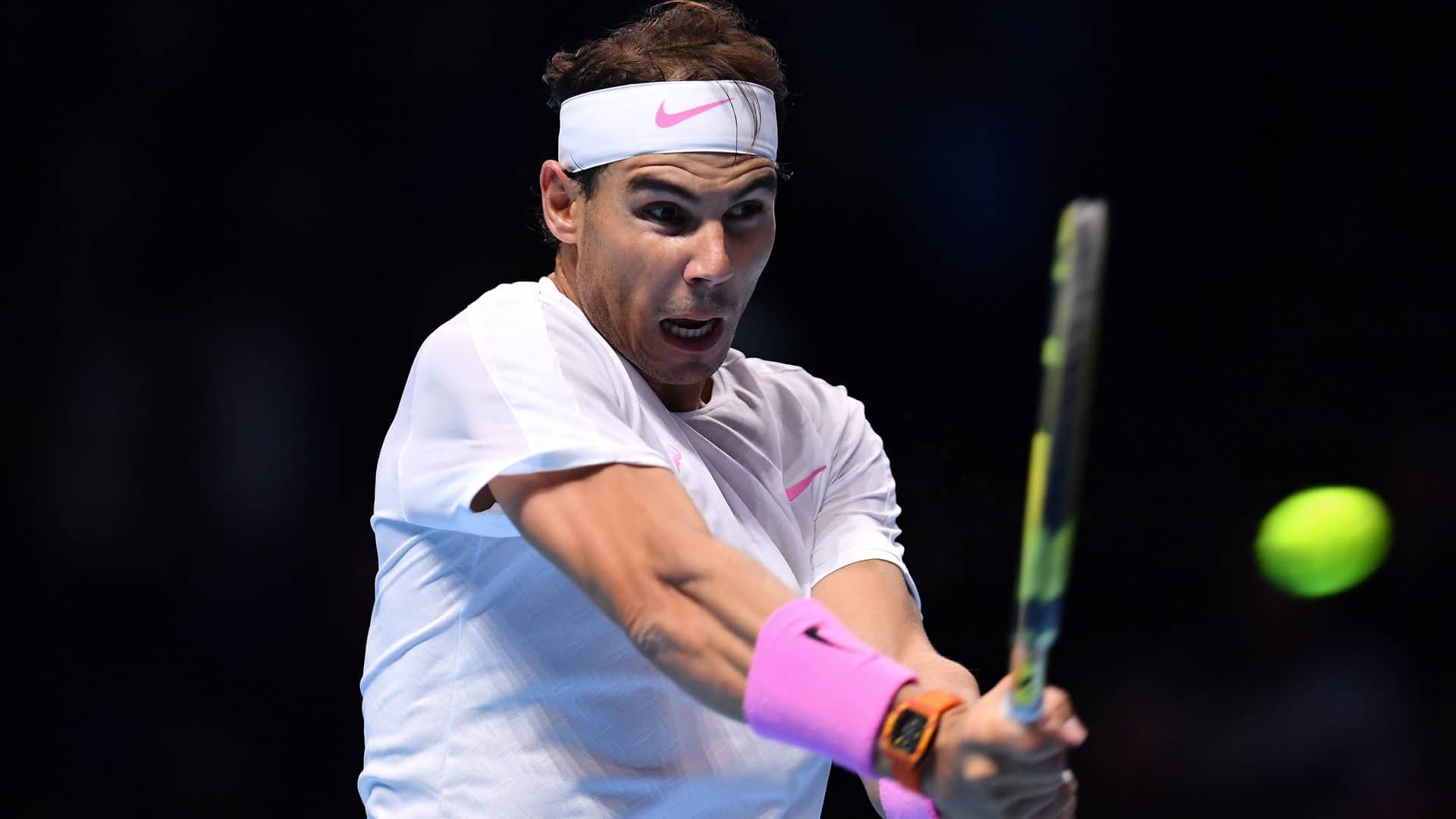 Rafael Nadal proved once again on Wednesday that he can never be counted out. Down 1-5 and facing match point, the Spaniard fought back to complete an incredible 6-7(3), 6-3, 7-6(4) comeback against Russian Daniil Medvedev.

”I’ve been super lucky,” Nadal said. “Sorry for Daniil. It’s a tough loss. He was playing much better than me in the third set. It’s one of these days, one out of 1,000, where you win.

”I know from my personal experience how tough it is to close out matches, especially when you have two breaks in front and you lose the first one. [At 3-5], I thought I had a chance. I think I was a little bit better in the end. In general terms, I think I was playing much better than two days ago, so that’s a very positive thing for me.”

Medvedev dropped to 0-2 in round-robin action this week. The Russian is still seeking his 60th tour-level win of the season (59-20).

Nadal saved the lone break point of the opening set at 3-3 with a passing shot winner. Both players remained even until midway through the tie-break, when Medvedev leaned into a forehand for a 5/3 mini-break advantage. Two points later, a big first serve from Medvedev gave him the early lead.

The two-time finalist (2010, 2013) at this event refused to bow out quietly, though. Nadal pumped his first after securing a break in the opening game of the second set and maintained the momentum. With Medvedev serving at 3-5, the Russian hit a forehand wide on set point to tie up the score.

But the Russian regrouped and came out swinging in the decider. He broke Nadal in the opening game after the Spaniard floated a slice backhand wide, then scored an insurance break two games later with a backhand passing shot.

Nadal bravely saved a match point at 1-5 with a delicate drop shot and eventually held serve. The Russian's mental fortitude was further tested in the next game as he couldn't convert a chance to serve out the match, pushing a backhand volley long to further close the gap. The Spaniard roared in approval after breaking again when Medvedev dropped a forehand volley in the net to level the score at 5-5.

The set fittingly went to a tie-break and Nadal struck in the final moments. With the Spaniard leading 5/4, Medvedev hit a pair of groundstrokes wide to wrap up the win after two hours and 47 minutes. Nadal is 3-0 in final-set tie-breaks at the season-ending championships.

Down 1-5 in the third set, @RafaelNadal saves a match point & completes a sensational comeback at the #NittoATPFinals!

Nadal moved to 3-0 in his FedEx ATP Head2Head rivalry with Medvedev. The Spaniard’s other wins came this year in title matches at the Coupe Rogers and US Open.