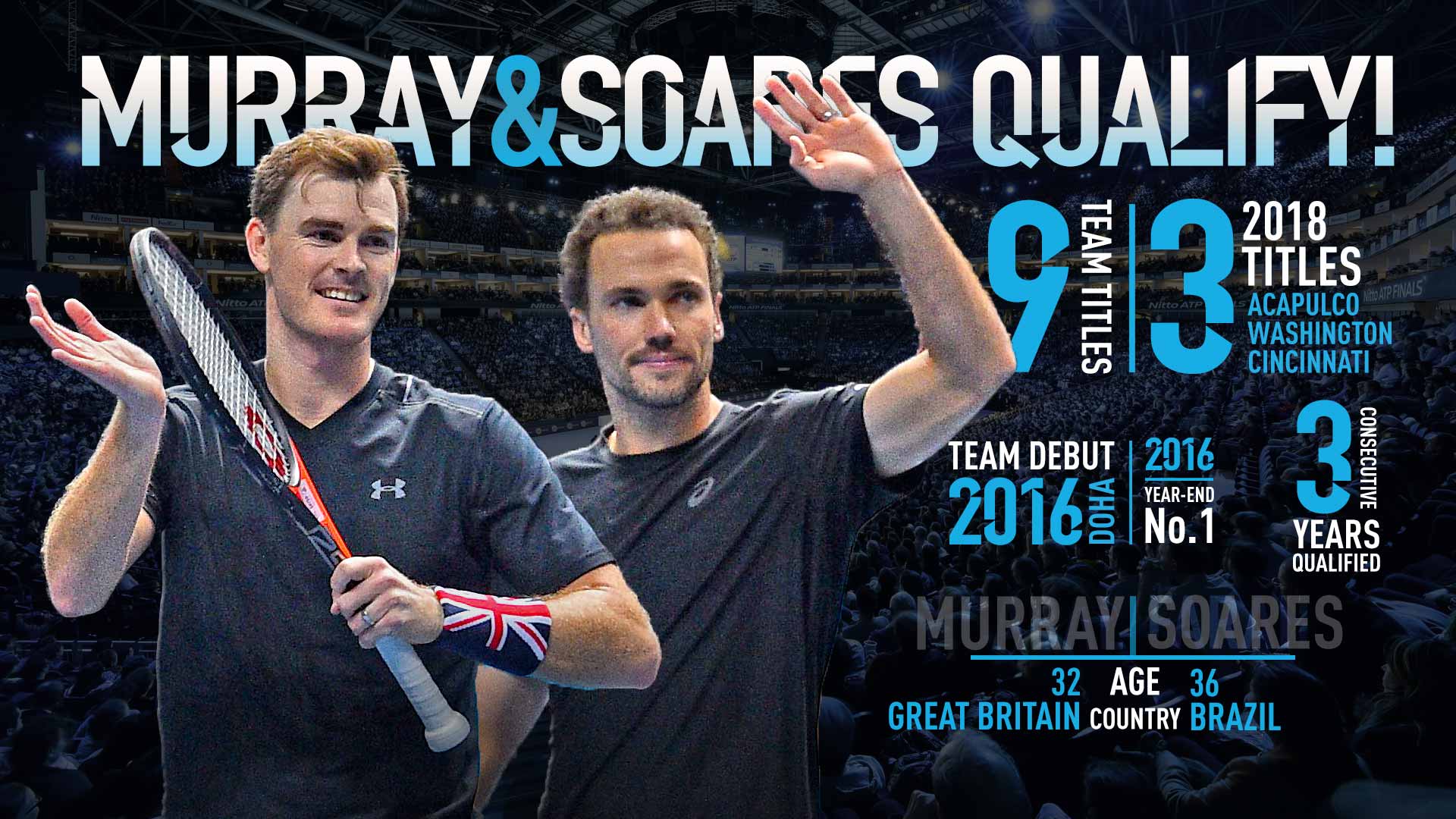 Jamie Murray and Bruno Soares will return to The O2 for the third straight year, qualifying for the 2018 Nitto ATP Finals on Thursday after reaching the Rolex Shanghai Masters semi-finals.

Murray and Soares are the third team to clinch a spot at the season finale, joining Oliver Marach and Mate Pavic, and Juan Sebastian Cabal and Robert Farah in London from 11-18 November. They have reached the semi-finals at the Nitto ATP Finals for the past two years – in 2016 (l. to Klaasen/Ram) and 2017 (l. to Kontinen/Peers).

The British-Brazilian duo has captured three crowns from five ATP World Tour finals in 2018, including triumphs at the Abierto Mexicano Telcel presentado por HSBC (d. Bryan/Bryan), the Citi Open in Washington, D.C. (d. M. Bryan/Roger-Vasselin) and the Western & Southern Open in Cincinnati (d. Cabal/Farah). They also finished runners up at the Qatar ExxonMobil Open in Doha (l. to Marach/Pavic) and the Fever-Tree Championships in London (l. to Kontinen/Peers).

Murray, 32, and Soares, 36, became the third first-year pairing to clinch the year-end No. 1 ATP Doubles Team Rankings in November 2017. Soares will be making his fifth appearance at The O2, previously qualifying in 2013 and ‘14 with Austria’s Alexander Peya. Murray, 31, made his tournament debut in 2015 alongside John Peers.