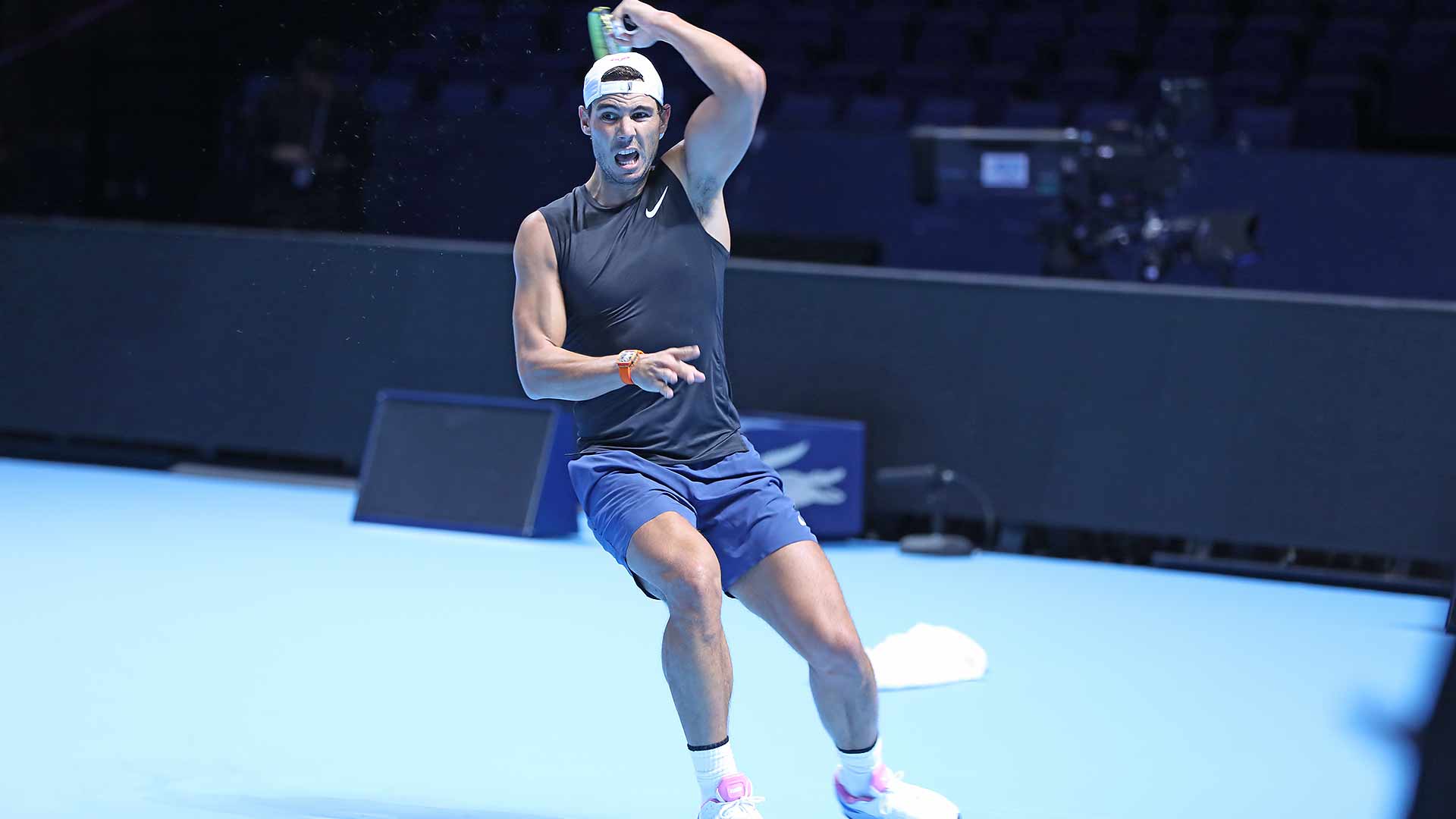 Rafael Nadal is fighting with Novak Djokovic for the year-end No. 1 ATP Ranking at the Nitto ATP Finals. © ATP

Rafael Nadal had his first practise on centre court at The O2 Thursday as he looks ahead to Sunday’s start of the Nitto ATP Finals. Flanked by workers putting finishing touches on the venue, Nadal, a two-time finalist at the event, practised for just under an hour with coach Carlos Moya and top Argentine junior Thiago Tirante.

Following practice, Moya said that he was upbeat about Nadal's chances of competing in London despite his withdrawal from the Rolex Paris Masters semi-finals with an abdominal injury.

“We arrived yesterday in London and trained at Queen’s," Moya said. "Today was our first practice session at The O2 and it went well. We’re going step by step. We’re cautious but we also know that we have four days ahead of us.

“Today was the first time that Rafa has served since we left Paris. He didn’t put a lot of power today. His evolution is going fine. He should be ready to compete on Monday.”

Nadal enters the season finale 640 ATP Rankings points ahead of five-time tournament champion Novak Djokovic, who kept pressure on the Spaniard in the battle to finish the season No. 1 by winning the Rolex Paris Masters.

Nadal is looking to join Djokovic, Roger Federer and Jimmy Connors as players to finish the year No. 1 five times. Djokovic is hoping to equal Pete Sampras’ record mark of six No. 1 finishes. Sampras achieved the feat in consecutive years between 1993-98.