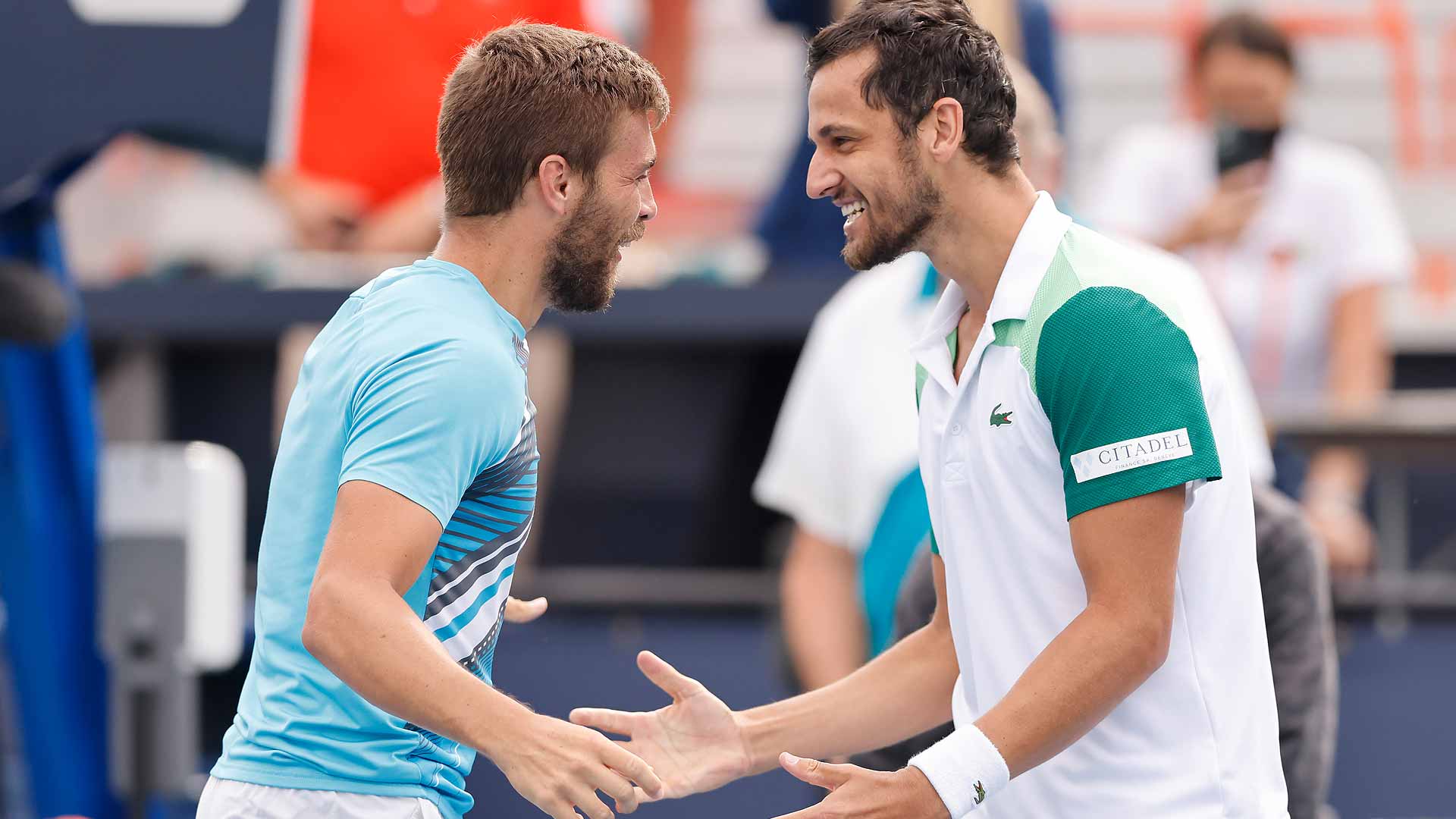 Nikola Mektic and Mate Pavic beat Daniel Evans and Neal Skupski to triumph in Miami for their fourth title of the season. © Michael Reaves/Getty Images

Nikola Mektic and Mate Pavic have been on fire to begin their new partnership in 2021, and they showed it on Saturday with a 6-4, 6-4 win against Daniel Evans and Neal Skupski to win the Miami Open presented by Itau.

Mektic and Pavic have already won four tournaments this year (also Antalya, Melbourne-2 and Rotterdam). With their five victories in Florida, they are now 25-3 on the season.

The champions became the second all-Croatian team to win an ATP Masters 1000 title, and the first duo from their country to triumph in Miami. The second seeds did not lose a set en route to the trophy. The only other all-Croatian pair to claim glory at this level was Mektic and Franko Skugor at the 2019 Rolex Monte-Carlo Masters.

"As long as I'm a part of those teams, I'm good," Mektic said, cracking a laugh. "It's incredible. Like I said on the court, it means a lot to win with a friend, with a fellow Croatian, to win such a big tournament. But like we said, we just started, so I hope we are going to have much more to celebrate."

Pavic, who is one of the biggest doubles servers on the ATP Tour, double faulted to give the Brits an early break. But the favourites remained undeterred, breaking back in the next game when Pavic crushed a return at deuce.

That became the trend of the match. Although the Brits battled hard throughout, the Croatians had too big of a combined game, often forcing net errors with their big groundstrokes and overwhelming aggression. Evans and Skupski struggled to go on the offensive, and their opponents surged to their win after one hour and 16 minutes.

"I think they played a very good match, very solid. They started off very well. They were also returning great from the beginning of the match... They played some great games," Pavic said. "They are a tough team, and they proved that also with a few big wins this week to get to the final. I think we were just very solid, very confident with all these matches that we won from before and we played a great match."

Evans and Skupski enjoyed a dream run in their team debut. They became just the third all-British duo to reach an ATP Masters 1000 final. Although they were unable to lift the trophy, the Brits add 600 points each to their tally. Two weeks ago, Skupski won the Acapulco crown with his brother, Ken Skupski.

Did You Know?
Pavic will ascend to No. 1 in the FedEx ATP Doubles Rankings on Monday. The Croatian, who first reached the pinnacle in May 2018, will surge past Colombian Robert Farah.