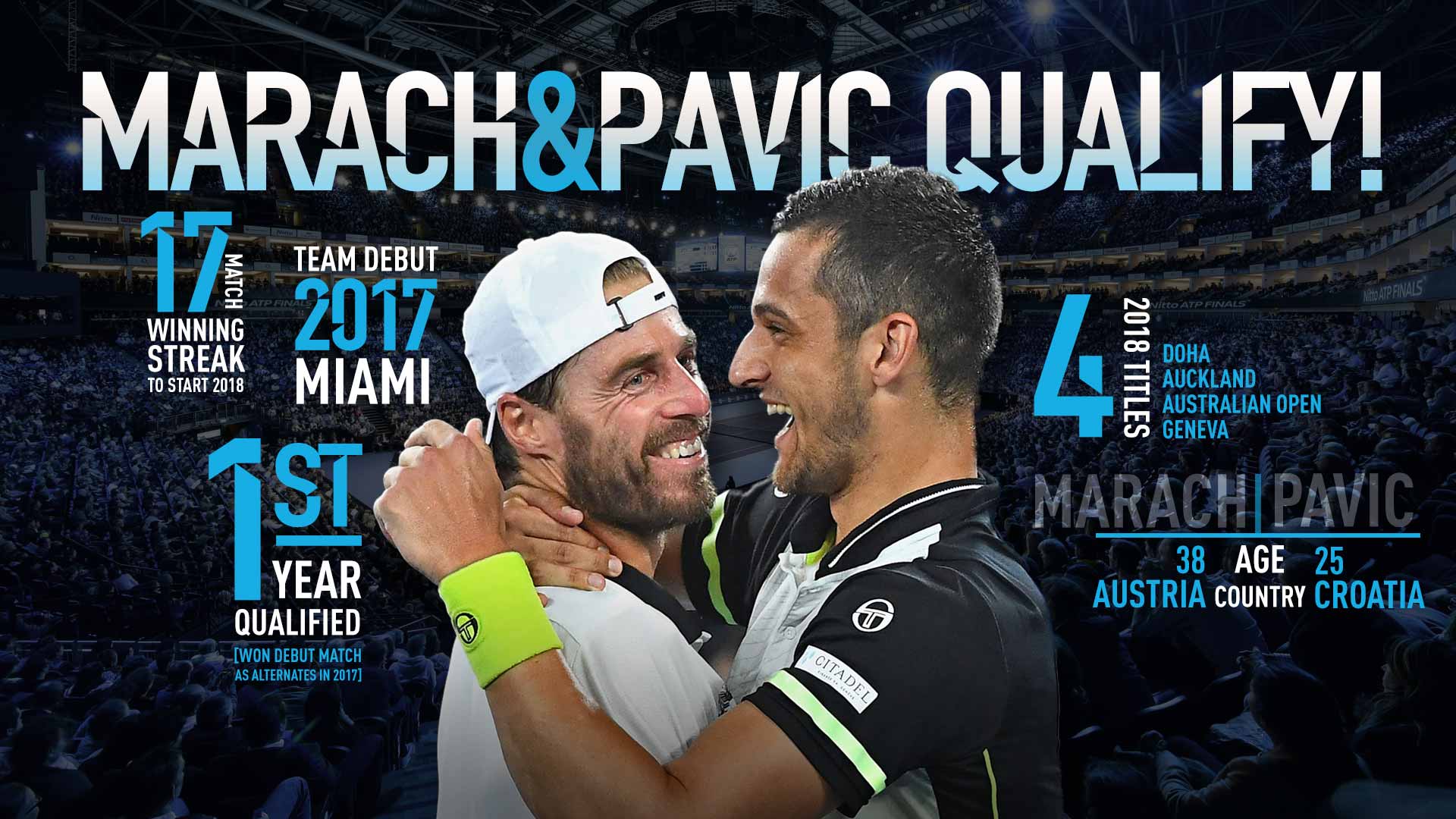 Oliver Marach and Mate Pavic become the first players to clinch a spot at the 2018 Nitto ATP Finals, to be held 11-18 November at The O2 in London. The No. 1 team qualified for the elite eight-player, eight-team field for the first time by reaching their eighth final of 2018 on Saturday at the German Tennis Championships 2018 presented by Kampmann.

The Austrian and Croatian served as Nitto ATP Finals alternates in their debut season last year, making their team debut at The O2 when they stepped in on the final day of round robin play to defeat Bob Bryan and Mike Bryan. Marach previously qualified for the tournament in 2009-10 alongside Lukasz Kubot.

“For me, it’s the best tournament in the world,” said Marach. “People in London are great and I love to play there. I had some of my best matches in London, such as the 2017 Wimbledon final, although we lost it, and I was at The O2 in 2009 and 2010. So I’m very happy to qualify again.”

“It’s a big thing and we have qualified quite early,” said Pavic. “For sure it takes the pressure off. I remember last year when we were fighting for London around Nos. 8-9-10 at the end of the season, we always had our eyes on the [ATP] Doubles Race To London. It was a great experience to play there last year as alternates. It was a goal to be there this year and we’re looking forward to it.”

Marach and Pavic, who respectively celebrated their 38th and 25th birthdays earlier this month, made an impressive start to their 2018 campaign. They went undefeated through January, with titles at the Qatar ExxonMobil Open and the ASB Classic before claiming their maiden Grand Slam trophy at the Australian Open. They extended their winning streak to 17 matches before a loss in the ABN AMRO World Tennis Tournament final (l. to Herbert/Mahut).

The second-year duo won their fourth title of the season at the Banque Eric Sturdza Geneva Open, the same week that Pavic rose to become the youngest No. 1 in the ATP Doubles Rankings since Todd Woodbridge in March 1976. Marach and Pavic also reached clay-court finals at the Monte-Carlo Rolex Masters and Roland Garros.