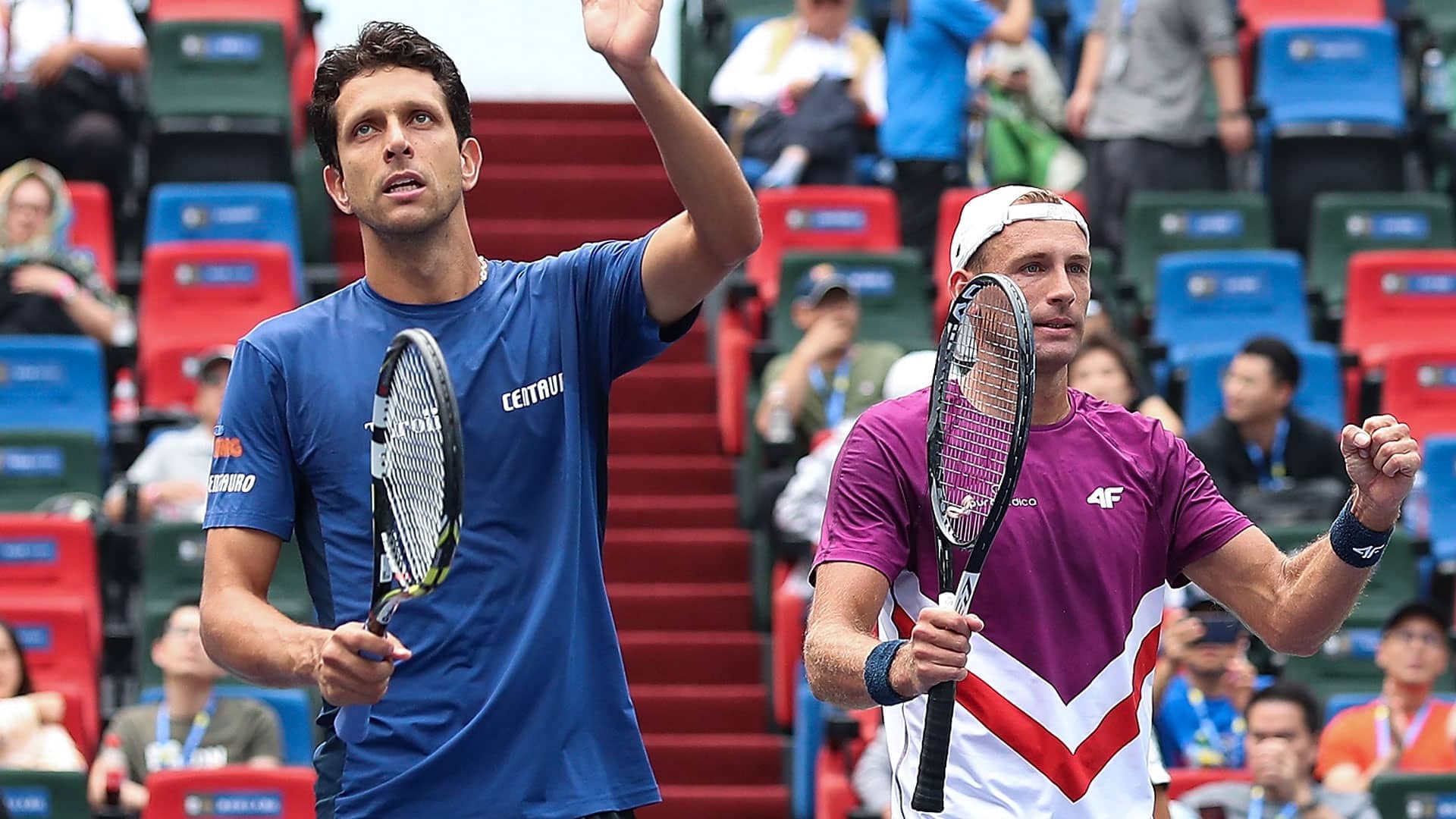 Shape-shifting is beyond the powers of any tennis players, but Lukasz Kubot and Marcelo Melo’s patterns and strategies are always evolving, with the Pole and the Brazilian forever innovating and looking for fresh ways of competing. Anything to avoid becoming predictable on the doubles court.

Every time they play a match at the Nitto ATP Finals this week, they will be doing something different from their last appearance. Sometimes that change will be obvious and sometimes it will be subtle. But you can be sure that they will be mixing it up. At this elite level, there are few secrets in doubles – everyone seems to know how every other team plays, and what their strengths and weaknesses are, and what they tend to do on big points. In the modern tennis world, where you can do your homework on rivals by looking at data and video, it’s increasingly hard to find an edge. But, perhaps more than any other pair who have made it to Greenwich, Kubot and Melo try to be creative and surprise their opponents.

“I feel as though the most important thing is to keep improving and to keep changing,” Melo has said. “We can’t be playing the same way always because then the other teams will know what we’re going to do.” As Kubot said: “We know our patterns and our opponents know our patterns, so we still look forward to improving our games every day and trying to be better. Every time we sit down and talk, we always look for ways to improve and look for something new we can add to our games.”

In this effort to stay unpredictable, it helps that Kubot and Melo don’t have the same individual styles. “I think we play differently. I have one way to play and he has another,” Melo said. “We are always changing. We don’t play the same way. We can change a lot during matches.”

Kubot has spoken of his admiration for how Melo – who is 6’8”, or 2.03 metres, tall, with ambitions of becoming the tallest champion in this tournament’s history – can react so quickly at the net. “I think Marcelo has maybe the best reactions of all the players at the moment on the ATP Tour,” Kubot, who is five inches shorter at 6’3”, has said. “His reactions are very good. He’s very quick at the net. He has very good volleys. He’s a player who is made for the big shots, so he likes it when there is more pressure on the court because he likes to take the responsibility on his shoulders.”

If there is one predictable aspect of this partnership, who won the Winston-Salem title in the United States in August, it is that they keep on qualifying for the Nitto ATP Finals, with this the third successive year that they have made the cut for the season finale. Their best result at The O2 came in 2017 when they were the runners-up.