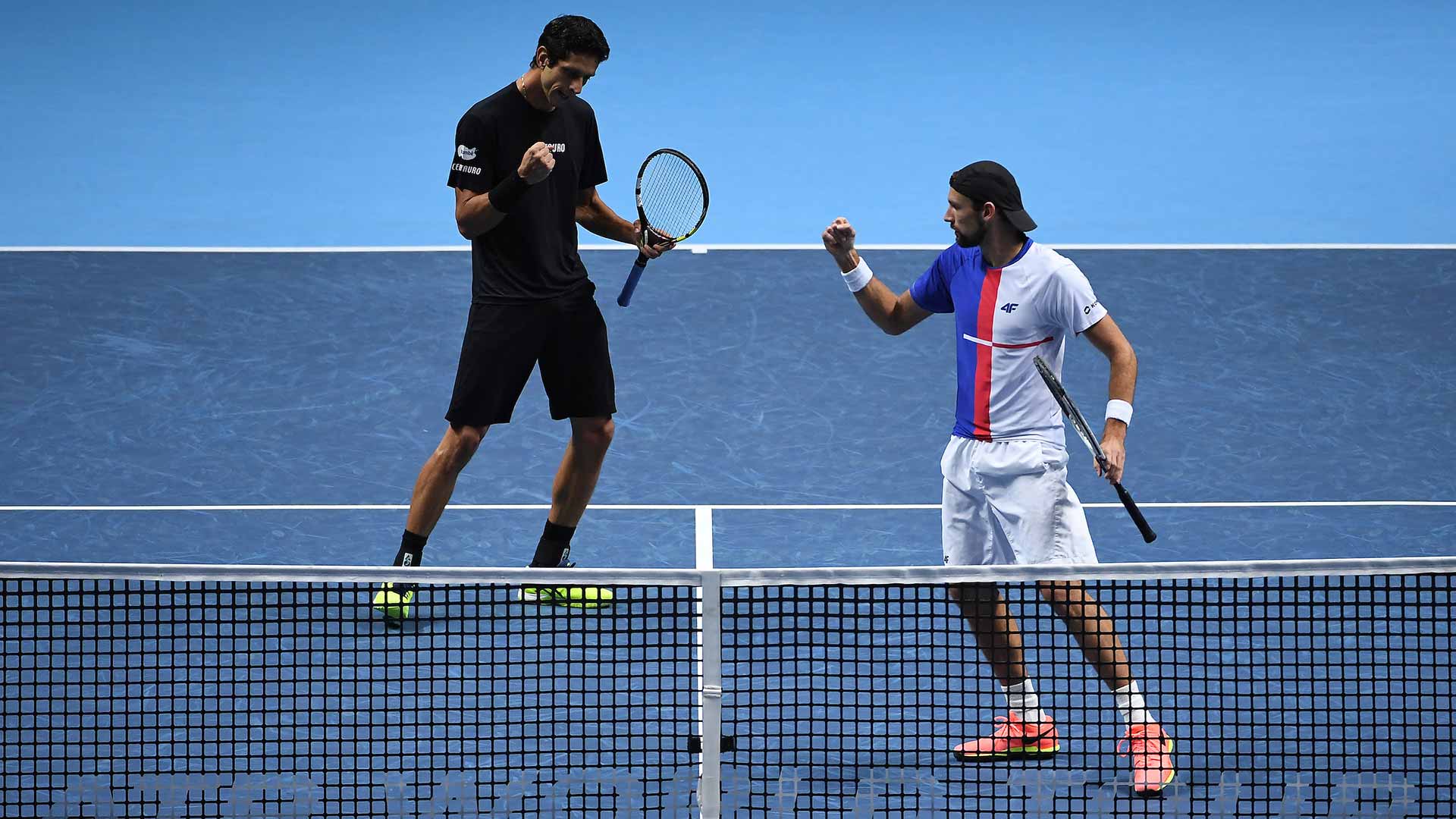 If nothing else, Lukasz Kubot and Marcelo Melo’s team debut at the Nitto ATP Finals was certainly memorable.

Not only did the top-seeded Polish-Brazilian duo earn a solid victory against seventh-seeded Ivan Dodig and Marcel Granollers, 7-6(2), 6-4, but they clinched the year-end No. 1 Emirates ATP Doubles Team Ranking with it.

"This year has been amazing for me and Lukas, the first year we're playing together. Finishing as the No. 1 team in the world for me, it means a lot," Melo said. "We achieved this as a team. I'm very proud...this is one of the most important points of my life."

After Henri Kontinen and John Peers, the defending champions, lost their first round-robin match against Ryan Harrison and Michael Venus, Kubot and Melo needed just one win in London to seal their spot atop the team rankings.

And they wasted little time, putting on a serving clinic to defeat the same team that they beat in the final of the Rolex Paris Masters two weeks ago. Kubot and Melo now lead Dodig and Granollers 3-1 in their FedEx ATP Head2Head rivalry with all four meetings coming this season.

This year’s Wimbledon champions, who began the year with a 4-5 record, lead all teams with six titles this season, including sharing the tour lead (Herbert/Mahut) with three ATP World Tour Masters 1000 titles (Miami, Madrid, Paris).

Kubot and Melo have both played at The O2 before, with Kubot advancing to the semi-finals with Robert Lindstedt in 2014, and Melo beating his current partner to reach the final in the same event with Dodig.

The winners battled through an intense opening set in which neither team managed to break. But they captured 11 of the final 13 points in the set to gain the lead.

Kubot and Melo looked to be cruising toward the win by breaking at 2-1 in the second set, but Melo double-faulted to give the break back while up 4-2. They were not to be denied though, as Kubot laced a return winner down the line up 5-4 to break for the match.

"I'm speechless right now," Kubot said. "I didn't expect that moment. Especially now after this match, but it happened."