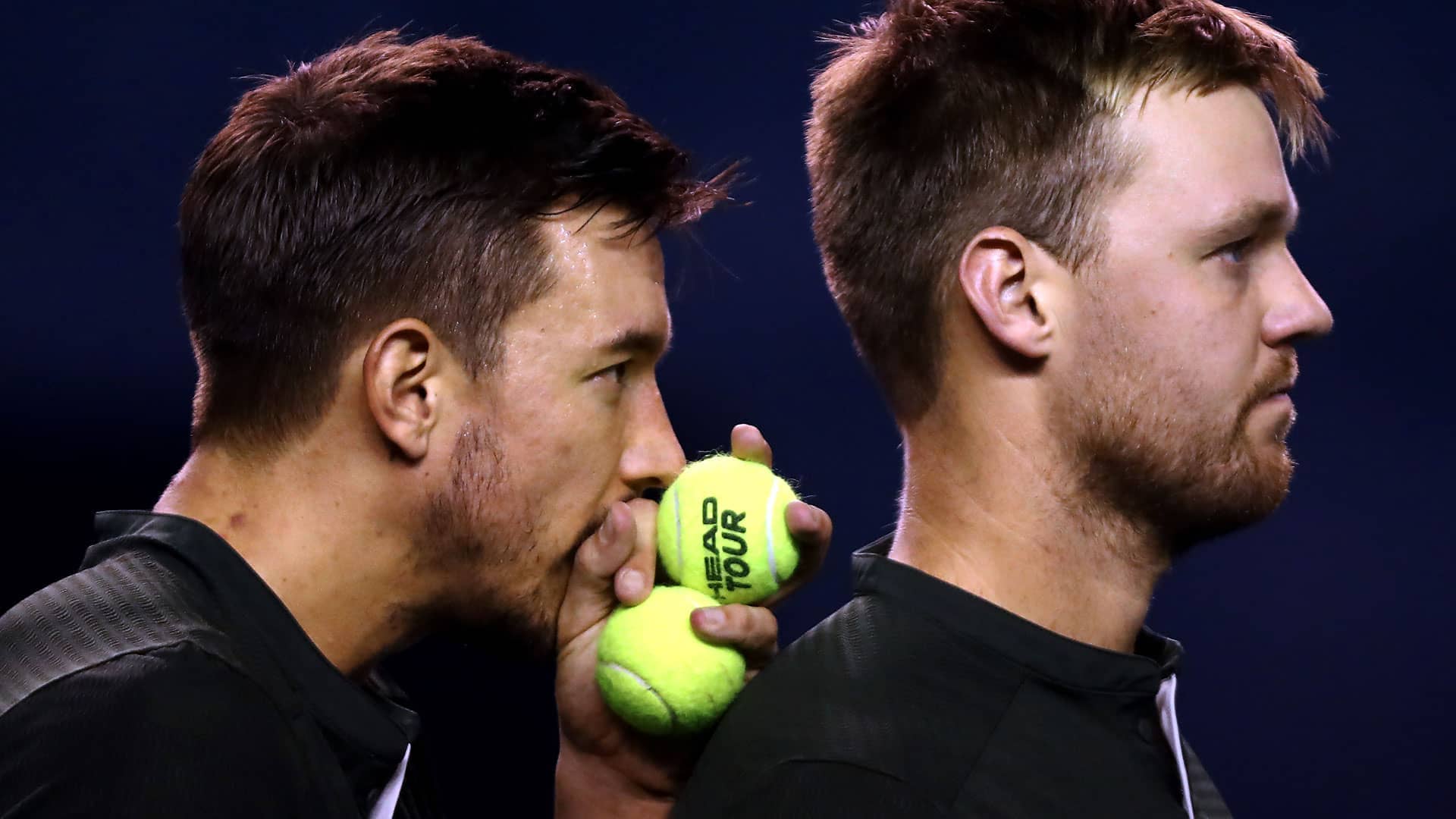 How many beers have you had?” That is how Andreas Mies says he would have responded at the start of the season, had anyone predicted then that he and Kevin Krawietz would have a fast rise into the tennis elite in 2019.

But that has been the extraordinary, sometimes discombobulating reality for the all-German team, who have been on a trajectory so steep that even they cannot quite comprehend it, using words such as “ridiculous”, “crazy” and “surreal”.

For many pairings, transitioning from the second-tier ATP Challenger Tour to the ATP Tour can take years. And yet Krawietz and Mies have done so at something close to warp speed. Just six months after their last appearance on the ATP Challenger Tour, they find themselves competing at the most exclusive tournament on the ATP Tour, as one of the eight teams at the Nitto ATP Finals. After everything that the pair have accomplished so far this season on their “crazy journey” to the top, who’s to say that the debutants can’t complete their absurd year by taking this title too? After all, this season has already seen them win a Grand Slam title with their first try at Roland Garros.

Breakthrough years don’t come any more spectacular than this one from Krawietz and Mies, who only formed a regular partnership in April 2018, and who in the early months of this season sometimes couldn’t play together because their combined ATP Doubles Rankings were so low.

It was in February that Krawietz and Mies took their first ATP Tour title, at the indoor tournament in New York. And then in early June, less than a month after that last event on the ATP Challenger Tour in May, they won Roland Garros for their first Grand Slam title. That was the very first time that they had played at Roland Garros, and only the second occasion that they had competed at a major, and it made them the first all-German pair to land a Grand Slam men’s doubles title. Krawietz and Mies won their third title of the year in Antwerp in October.

Mies has jokingly suggested that he and Krawietz – who also reached the semi-finals of the US Open – are “German machines”. The reality is that they are quite different characters, and closer to a “fire and ice” combination than a pair of Teutonic clones. “It’s not normal that you play with a guy and you start winning right away. You have to find a way and you have to find the right chemistry to feel comfortable on the court. We’re different players, we’re different characters, but it just clicks,” he has said.

“Kevin is a more relaxed guy, a little bit calmer, and I’m a more emotional and emotional player. It’s a little bit like fire and ice. It just really helps me when I’m bit too emotional – he calms me down. When it’s close, he’s always very relaxed, and that helps me to relax. When he’s a bit too relaxed, and he’s a bit low with the energy, I can push him up.