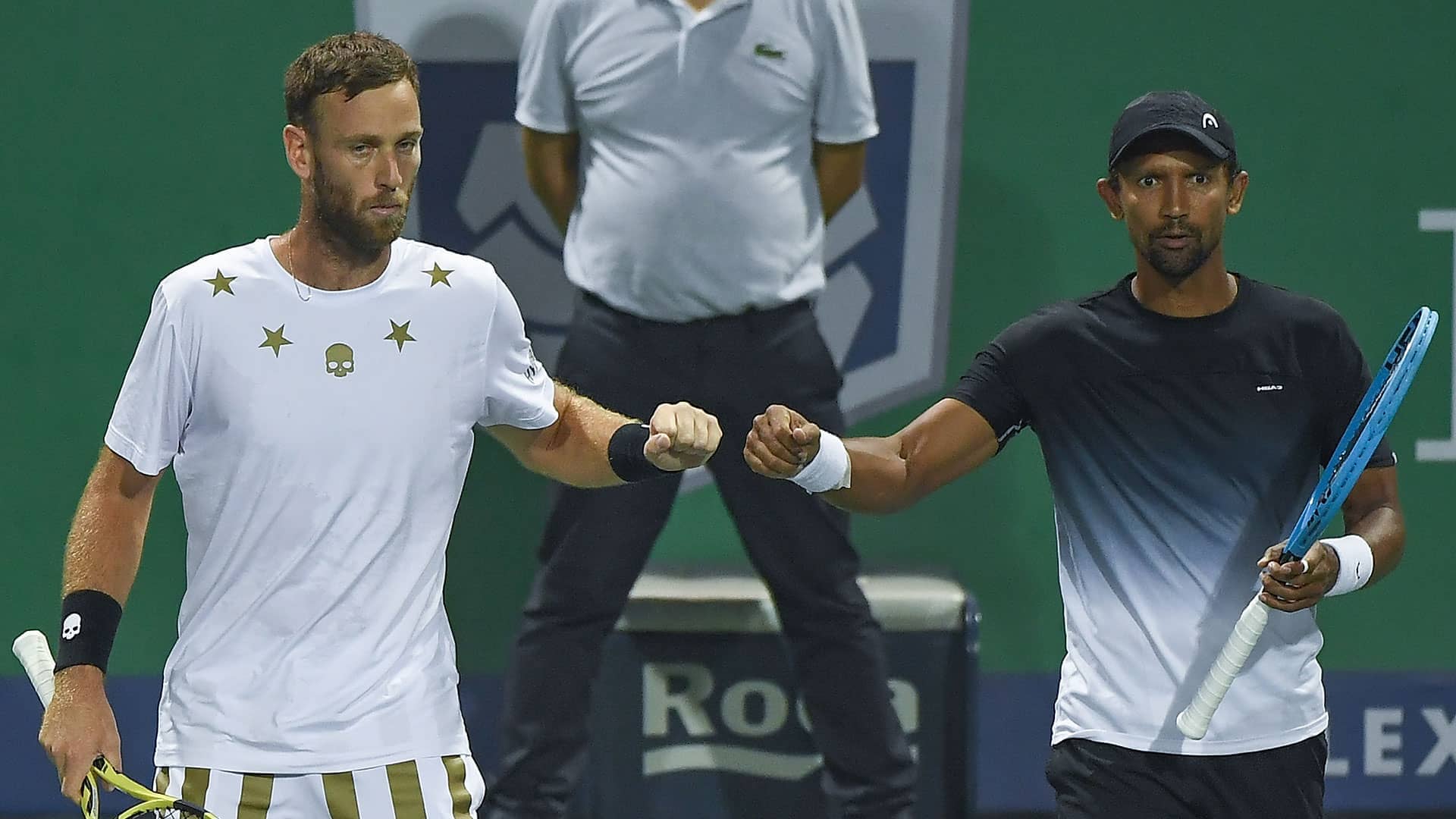 Even Novak Djokovic, who won the singles title here four years in a row, and who has appeared in two other finals, can’t claim to have the same emotional, personal connection with The O2 that Michael Venus does. No one else at the Nitto ATP Finals can match Venus in this regard: the New Zealander is surely the only singles or doubles player to have proposed to his girlfriend on the roof of this venue.

It was during the 2017 season finale that Venus invited Sally for a sunset climb to the top of the dome; once they were at the summit, he asked her to marry him. She said yes, which was the cue for their guide to uncork the bottle of Champagne which he had kept hidden in his backpack. Last year, when Venus was once again part of the most exclusive doubles tournament of the season, he and Sally returned to The O2 (though not the roof) with a baby daughter Lila. To avoid being woken several times during the night, the new father slept in a different room before matches. While born in Auckland, Venus now lives in London, making this a local tournament, as well as one with a personal backstory.

There’s only one way for Venus to possibly strengthen his connection with The O2, and that’s to win the Nitto ATP Finals for the first time. Whatever happens under the roof this week, it can’t possibly be as tense as those moments on top of it two years ago as he waited for Sally’s answer.

This is the third successive year that Venus has competed at The O2, making him a regular in this part of south-east London. His first appearance came in 2017 when Venus and his then partner, American Ryan Harrison, made the semi-finals, while last November he and South Africa’s Raven Klaasen qualified at the end of their first year together but couldn’t make it out of their group.

This year, Venus and Klaasen are once again among the world’s leading eight doubles teams. Although Venus missed a chunk of the season with an ankle injury, they have had a fine year, winning a grass court title in Halle and a hard-court tournament in Washington, D.C., which included beating Andy and Jamie Murray in the last eight. Other highlights have included reaching the final on Auckland’s hard courts and the ATP Masters 1000 tournament in Rome, played on clay, while they were also semi-finalists on the Wimbledon grass, and quarter-finalists at the Australian Open, staged on hard courts – this is a team who can play on any surface. Expect them to bring a high level to this indoor hard court this week.

Klaasen, meanwhile, is playing at the Nitto ATP Finals for a fourth year in a row. In 2016, he made the final with American Rajeev Ram, and then the following year he and Ram made one group-stage appearance as alternates.