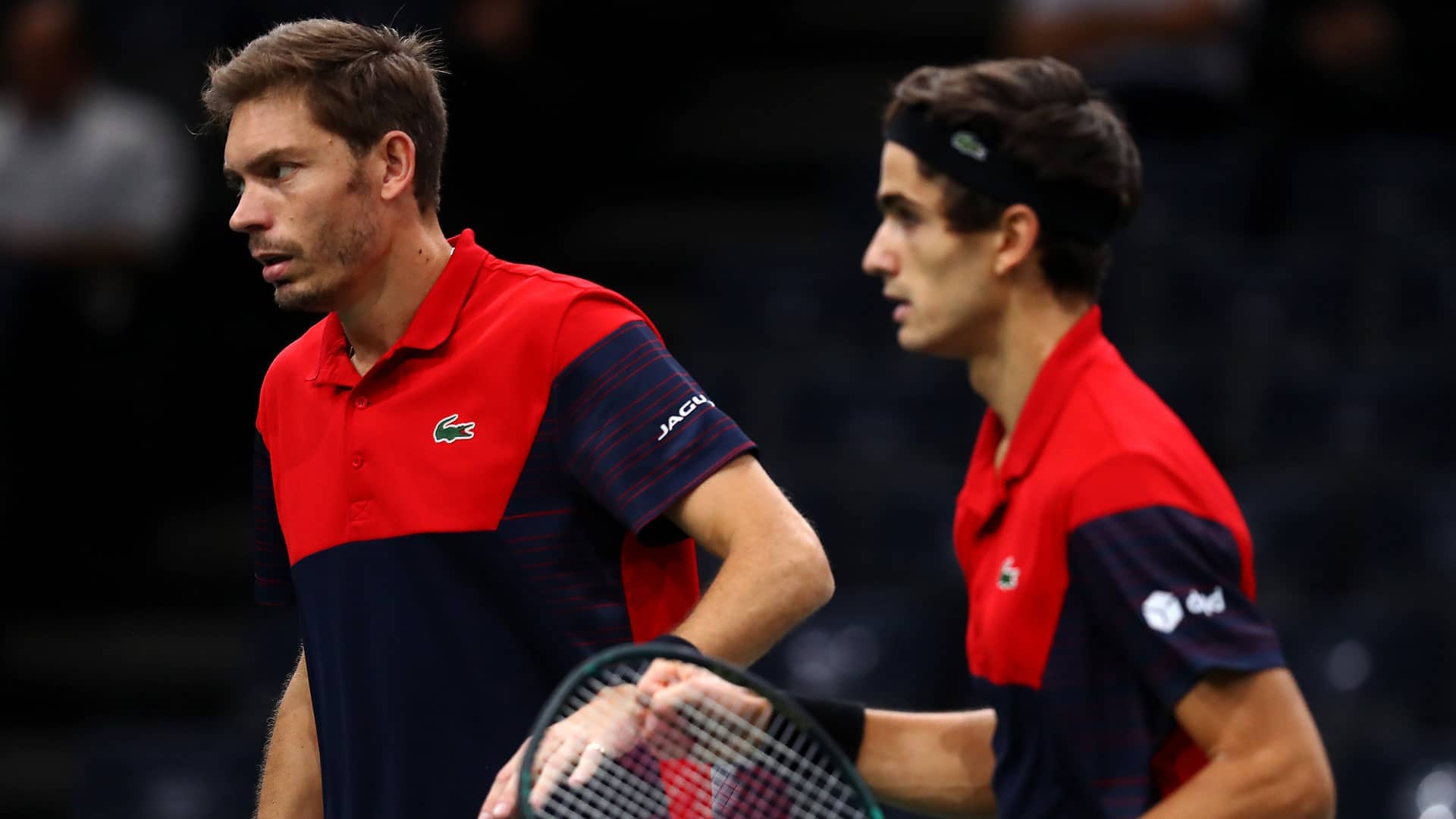 Even when you accomplish the near-mythical Career Grand Slam, as Pierre-Hugues Herbert and Nicolas Mahut did this season, it doesn’t mean that your collection of trophies is ‘complete’, and there is nothing else to strive for. Far from it. While this is the fifth successive year that the Frenchmen have qualified for the season-ending final here by the River Thames, they are yet to lift the trophy.

Winning the Nitto ATP Finals would add to the historic nature of this season for Herbert and Mahut, who landed the Australian Open in January to become the first doubles team since Bob and Mike Bryan in 2006 to achieve the Career Grand Slam. They are only the fourth team in the post-1968 Open Era to win all four majors at least once each, and just the eighth pair in history – across the amateur and professional eras – to do so. You might know Herbert best as the man who partnered Andy Murray in the Wimbledon doubles draw this year (they went out in the second round). But Herbert would much prefer it if you think of him as a singles player who plays doubles, as he gets “mad” when described as purely a doubles player.

For all the success that Herbert has had with Mahut – and Mahut has said he loves him like a brother – Herbert’s ambitions aren’t restricted to the doubles court. Since that “extra special” doubles run at Melbourne Park, which brought some sense of completion, Herbert decided to focus more on his singles career.

And there is no doubt that he has played some fine tennis on his own this season, with victories over Dominic Thiem and Daniil Medvedev, who both qualified for this year’s singles field at the Nitto ATP Finals. The win over Medvedev was particularly satisfying for Herbert, as it came at his home Grand Slam of Roland Garros, and he fought back from two sets down to defeat the Russian in the first round. Other singles highlights in 2019 including beating Kei Nishikori at the ATP Masters 1000 event in Monte-Carlo, and reaching the final in Montpellier, the third time in his career he has played in a final on the ATP Tour (so far without any success).

Herbert’s “big goals” for singles include breaking into the Top 30 in the ATP Rankings, which isn’t at all unrealistic when you consider that he has been as high as 36 this season. He would also like to win a first singles title on the ATP Tour and to reach the second week of a singles Grand Slam for the first time.

But this week at Nitto ATP Finals Herbert is very much a doubles player as he and Mahut seek the biggest title still missing from their considerable collection. The first three years they played at the season finale, from 2015-17, Herbert and Mahut didn’t progress beyond the group stages, but last season they were the runners-up to Mike Bryan and Jack Sock. Will the Frenchmen go all the way this week?