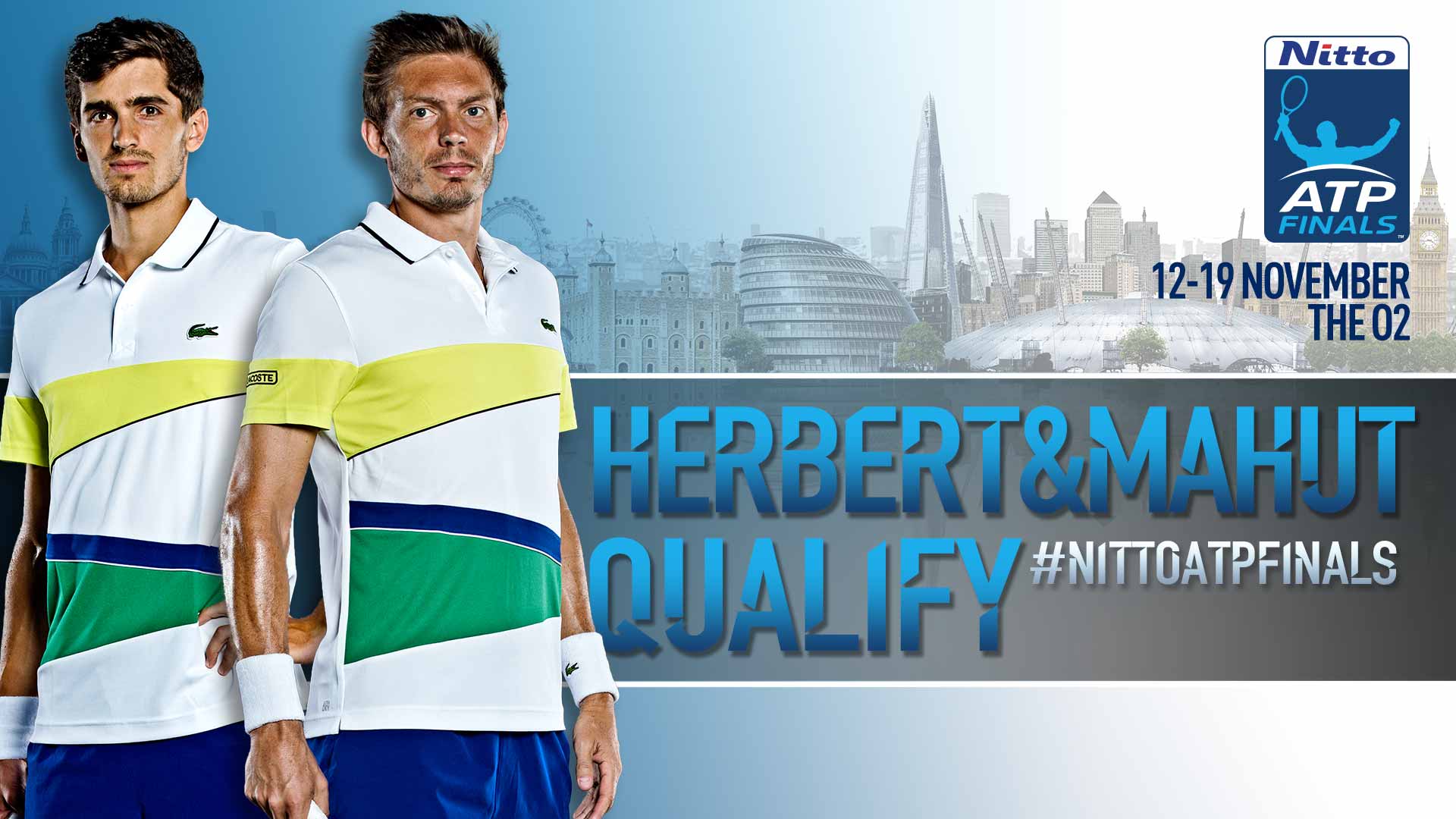 Herbert and Mahut qualified for the event, to be held from 12-19 November, for the third year in a row, and are seeking their first appearance in the semi-finals.

The Frenchmen won at least two titles for the third consecutive year in 2017, with each of the victories coming at an ATP World Tour Masters 1000 event — the Internazionali BNL d’Italia in Rome, the Coupe Rogers in Montreal and the Western & Southern Open in Cincinnati. The duo leads the tour in Masters 1000 triumphs this season, and their three in 2017 have lifted their overall Masters 1000 trophy count to six.

Mahut became the first Frenchman to finish No. 1 in the year-end Emirates ATP Doubles Rankings last season, with Herbert right behind him at No. 2.

One spot remains up for grabs in the doubles field with one month to go until the season finale. Raven Klaasen and Rajeev Ram currently sit in eighth place in the Emirates ATP Race To London with 3,020 points. Marcel Granollers and Ivan Dodig are right behind them with 2,945 points in the No. 9 slot.