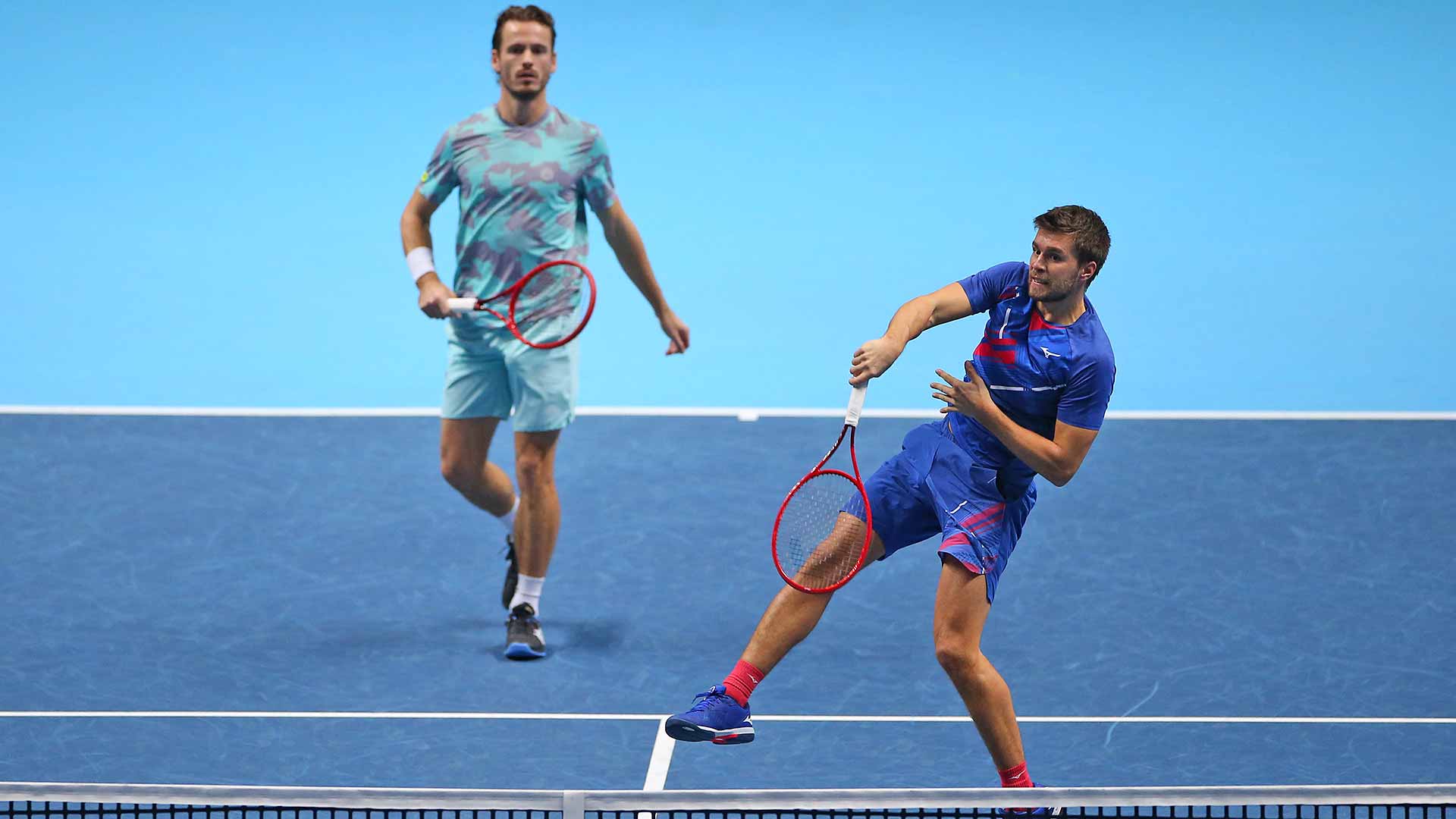 Wesley Koolhof and Nikola Mektic continued their dream team debut at the Nitto ATP Finals on Saturday, as they beat Marcel Granollers and Horacio Zeballos 6-3, 6-4 to reach the championship match in London.

The Group Mike Bryan winners fired seven aces and returned with confidence to improve to 3-1 at The O2 this week. Koolhof and Mektic are bidding to capture their first team title in their first year as a duo. The fifth seeds finished as the runner-up pair at the Open 13 Provence in Marseille and the US Open earlier this year.

“We are reaching almost every goal this year so far. The first goal was to play here, then play our first Grand Slam final, qualify from the group here and now we are in the final,” said Koolhof in an on-court interview. “So far, it has been a dream week. One more to go tomorrow and we are ready to celebrate.”

Koolhof and Mektic entered the tournament with just one win from their past four matches, but the US Open finalists have played their best tennis at the season finale. As a result of their semi-final win, the pair has collected 800 FedEx ATP Doubles Team Rankings points this week and will have the chance to earn a further 500 points in the championship match.

“We played really well. From the start, we were very focussed. We did not make any mistakes. We did not give them any chances,” said Mektic.

After failing to convert two break points in their opening return game, Koolhof and Mektic played with aggression on their returns and showed great reflexes at the net to earn two more break opportunities at 4-3 in the first set. Koolhof converted the first chance with a well-placed lob and clinched the set in the next game with a forehand volley.

Koolhof and Mektic continued to hit their return targets in the second set, as they fired a series of dipping returns to the ankles of Granollers to break serve at 1-1. The fifth seeds maintained their advantage and earned their place in the final with a love service hold.

Granollers and Zeballos were chasing their fourth team trophy of the year. The Spanish-Argentine duo finish their 2020 ATP Tour season with titles in Buenos Aires, Rio de Janeiro and Rome and a 24-8 team record.

Koolhof and Mektic will face Rajeev Ram/Joe Salisbury or Jurgen Melzer/Edouard Roger-Vasselin for the trophy. The Dutch-Croatian tandem owns a 2-1 ATP Head2Head record against Ram/Salisbury and has not met Melzer/Roger-Vasselin at tour-level.