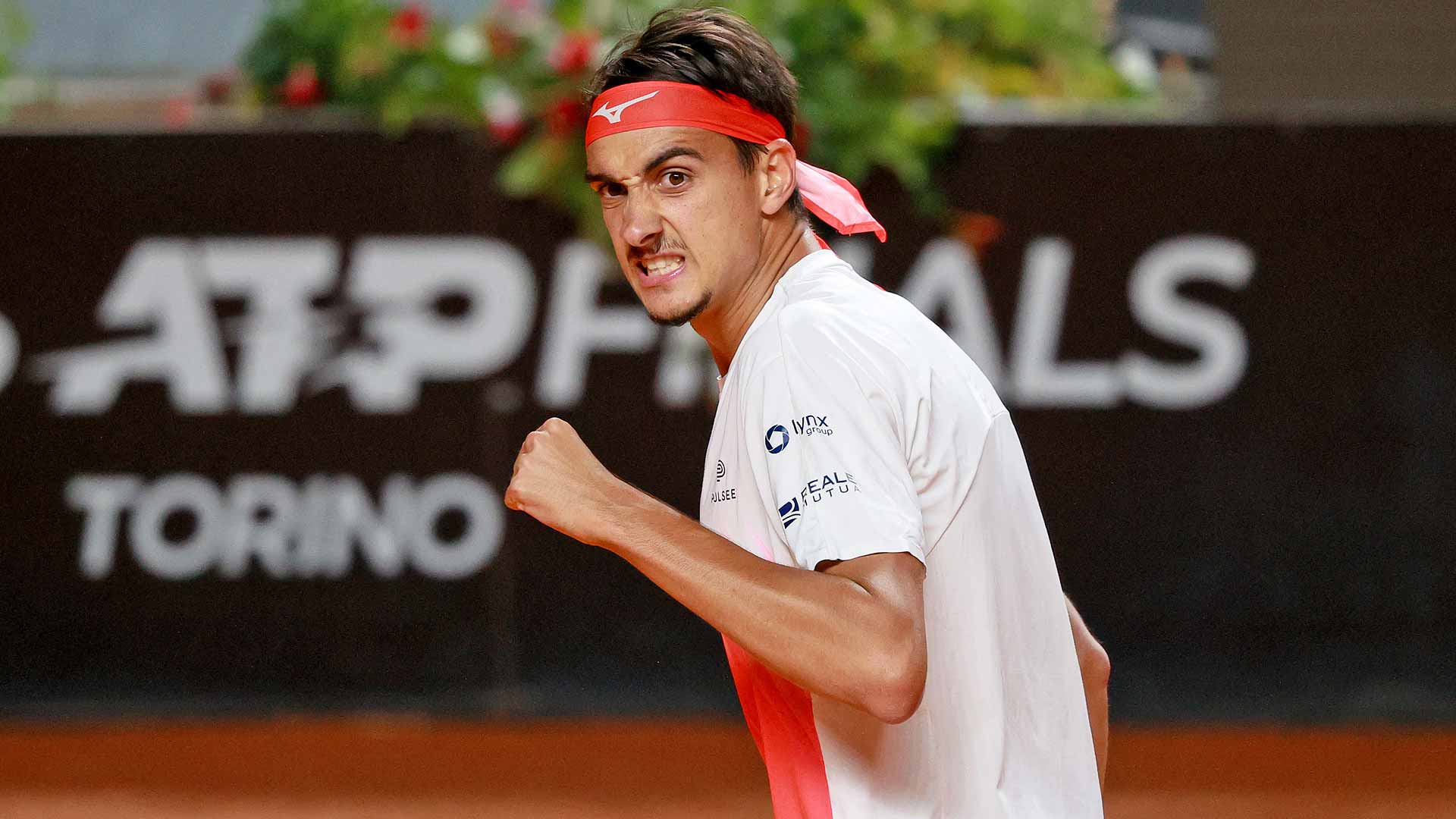 Lorenzo Sonego climbs to 13th in the FedEx ATP Race To Turin after reaching the Rome semi-finals. © Giampiero Sposito

Following the Internazionali BNL d'Italia, three Italians are now in the Top 15 in the FedEx ATP Race To Turin, with semi-finalist Lorenzo Sonego surging up the standings. The Nitto ATP Finals will be played in Turin from 14-21 November.

Sonego, who now has 880 points, climbed 16 spots on Monday to 13th place after reaching the last four at an ATP Masters 1000 event for the first time. Pursuing a spot at the season finale is important for the 26-year-old for more reasons than you might expect.

"Turin is my city. I was born in Turin and it's a dream for me to play in Turin at the [Nitto] ATP Finals," Sonego said before Rome. "For the [tennis movement] in Italy, it's good to have a big tournament like this."

Matteo Berrettini and #NextGenATP Jannik Sinner remain within striking distance of the top eight positions. Berrettini, who lost to Zverev in the Madrid final, sits in ninth place on 1,445 points, just 15 points behind eighth-placed Hubert Hurkacz (1,460), who defeated Sinner in the Miami Open presented by Itau final.

Sinner, the 2019 Next Gen ATP Finals champion, currently sits in 10th position on 1,310 points after Rome. The 19-year-old lost a tight two-setter against Rafael Nadal in the second round.

Get Tickets For The Season Finale

The Spaniard has soared into sixth position in the Race after beating Novak Djokovic in the Internazionali BNL d'Italia final to tie the Serbian’s record of 36 ATP Masters 1000 trophies.

Djokovic, who won his 18th Grand Slam championship at the Australian Open (d. Medvedev) in February, continues to turn up the heat on 22-year-old Tsitsipas as the Serbian superstar pursues a record-breaking seventh year-end No. 1 finish (2011-12, '14-15, '18, '20). Djokovic currently shares the record for most year-end No. 1 finishes with his childhood idol Pete Sampras (1993-1998).

Dominic Thiem, the 2019 and 2020 Nitto ATP Finals runner-up, is up to 16th after a rise of six places. The Austrian lost a final-set tie-break against Sonego in the Round of 16 in Rome.